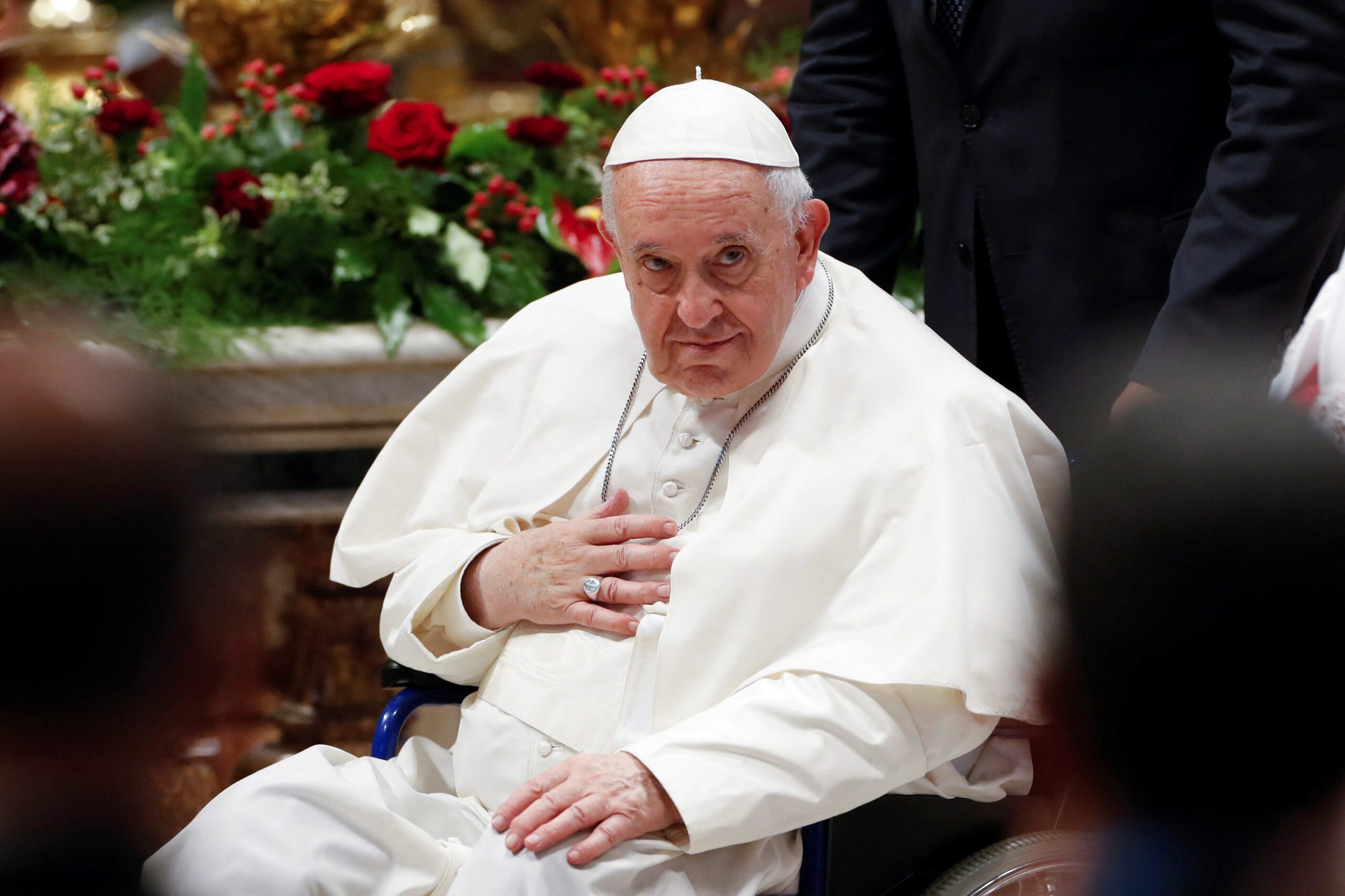 PONTIFF. Pope Francis leaves after Mass of Saint Peter and Paul in St Peter's Basilica, at the Vatican, June 29, 2022.

Facebook Twitter Copy URL
Copied
Giorgia Meloni is expected to become Italian prime minister later in October, heading a right-wing coalition that has vowed to crack down on immigration

VATICAN CITY – Pope Francis on Sunday, October 9, made an impassioned defense of migrants, calling their exclusion “scandalous, disgusting and sinful,” putting him on a collision course with Italy’s upcoming right-wing government.

Francis made his comments as he canonized a 19th century bishop known as the “father of migrants” and a 20th century man who ministered to the sick in Argentina.

Francis, who has made support of migrants a major theme of his pontificate, presided over the ceremony before 50,000 people in St. Peter’s Square.

“And so today, the Mediterranean is the world’s largest cemetery,” he said, referring to thousands who have drowned trying to reach Europe.

“The exclusion of migrants is disgusting, it is sinful. It is criminal not to open doors to those who are needy,” he said.

Giorgia Meloni is expected to become prime minister later this month at the head of a right-wing coalition that has vowed to crack down on immigration and tighten Italy’s borders.

She has promised accelerated repatriations and tighter asylum rules. Meloni has also called for a naval blockade of North Africa to prevent migrants from sailing and for renewed curbs on charity rescue ships.

Francis, who did not mention Italy, said some migrants sent back are put in “concentration camps where they are exploited and treated as slaves.” In the past he has said this has happened in Libya.

The pope went off script about migrants at the point in his prepared comments when he mentioned the most well known of the two new saints – Bishop Giovanni Battista Scalabrini, who lived between 1839 and 1905.

Scalabrini founded two religious orders – one of priests and one of nuns – to help Italian immigrants in the United States and South America.

The other new saint is Artemides Zatti, who lived between 1880 and 1951. His family fled poverty in Italy and settled in Argentina.

A lay member of the Salesian religious order, he worked as a nurse, bringing healthcare to the poor on his bicycle. – Rappler.com