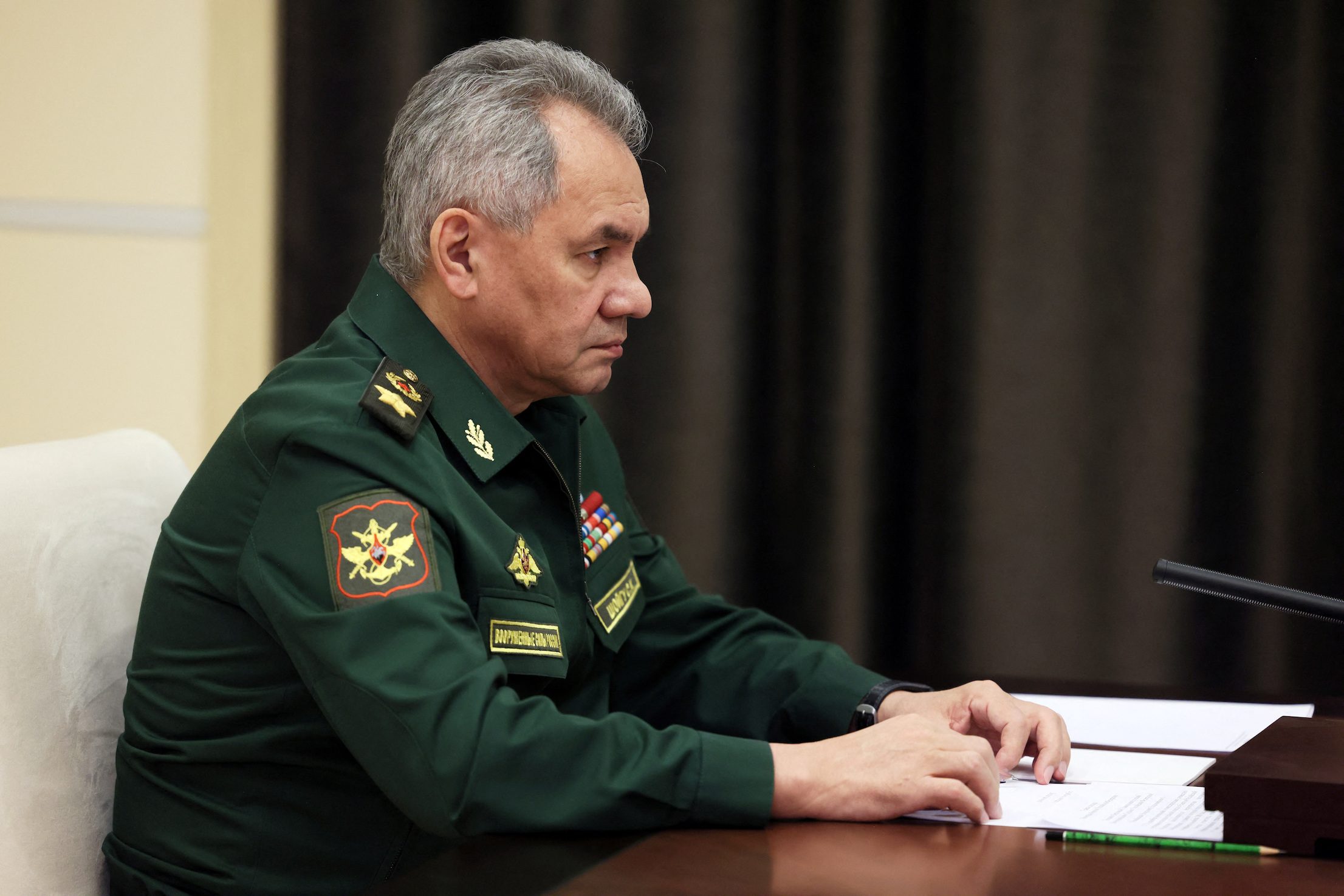 FRONTLINES NORTH OF KHERSON, Ukraine –Russia announced on Friday, October 28, it was finished calling up reservists to fight in Ukraine, having drafted 300,000 people in a month, with more than a quarter of them already sent to the battlefield.

The announcement appears to bring to a close a divisive mobilization drive that had seen tens of thousands of Russian men flee the country and brought the first sustained public protest against the war.

Defense Minister Sergei Shoigu was shown on state television informing President Vladimir Putin that 82,000 reservists werenow deployed in the conflict zone and another 218,000 had entered training.

“The task set by you of (mobilizing) 300,000 people has been completed. No further measures are planned,” Shoigu said.

Putin had ordered the “partial mobilization” last month after his forces suffered major setbacks on the battlefield. But the mobilization drive attracted rare dissent, including some unrest in rural areas and parts of the country populated by ethnic minorities who complained they were being targeted.

Authorities have acknowledged some mistakes in drafting in some people who were too old or unfit, but said they would be resolved. Tens of thousands of Russian men are believed to have fled the country to avoid being forced to fight, many to neighboring former Soviet republics.

Putin ordered the call-up in September at the same time as he endorsed plans to annex Ukrainian lands. The West describes those moves as an escalation of the conflict in response to setbacks on the battlefield that showed Russia was on course to lose the war.

Western military analysts have said the call-up could help ease Moscow’s shortages of manpower along the 1,000-km (600-mile) front line, but the military value of the draft will depend on whether Moscow can properly equip and train the reservists.

One of the war’s most consequential battles is now looming in the south, with Ukrainian forces having advanced this month towards Kherson, the biggest city Russia has captured intact since the invasion in February.

The city sits at the mouth of the wide Dnipro River that bisects Ukraine, and the surrounding region controls land approaches and water supply to Crimea, which Moscow has held since 2014.

The Ukrainian advance appears to have slowed in recent days, however, with Kyiv blaming poor weather and tough terrain.

Ukrainian soldiers manning a 120 mm mortar hidden in bushes loosed high explosive rounds in thundering bursts of flame at Russian positions around a grain silo less than a kilometer away.

Hennadyi, 51, said the Russians were using the silo for cover and observation. It poked like a finger above a vast expanse of fields, a column of smoke floating behind it.

Hennadyi said Ukrainian gunners were targeting Russian armored vehicles and ammunition behind the silo and avoiding hitting the structure itself because of its importance to the agricultural region. But they did not have enough shells, he said.

“For every one shell that we send, they send back five,” he said amid the shellfire duels. “They shoot at us most of the time.”

Russia has ordered civilians out of a pocket of land it occupies on the west bank of the Dnipro River, which includes Kherson city. Kyiv says the evacuation of the area is cover for a forcible deportation of civilians by Russian forces, which Moscow denies.

Sergey Aksyonov, the leader of neighboring Crimea, said work had been completed on moving residents seeking to flee Kherson to regions of Russia ahead of Ukraine’s expected counter-offensive.

Ukraine’s general staff said hospital and business equipment was being removed from the area, while extra Russian forces were being deployed in empty homes. – Rappler.com