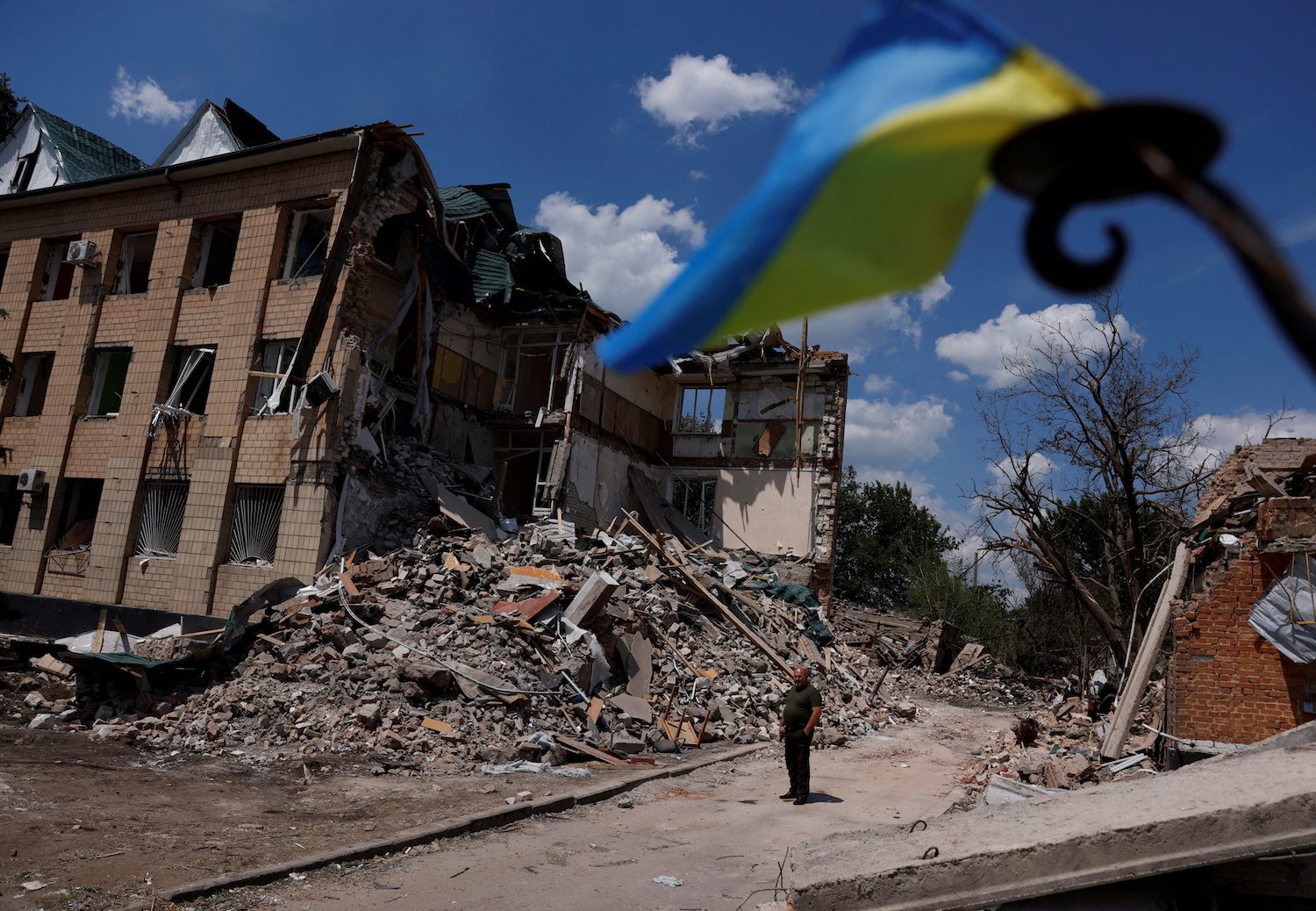 KYIV, Ukraine – Ukrainian officials pleaded for more help from the West on Friday, June 10, including quicker deliveries of weapons to hold off better armed Russian forces at a critical time in the battle in the east.

Heavy fighting was still being reported in Sievierodonetsk, the small eastern city that has become the focus of Russia’s advance and one of the bloodiest flash points in a war that has increased financial and physical hardship around the world.

Chronic hunger could afflict up to 19 million more people globally over the next year due to reduced exports of wheat and other food commodities from Ukraine and Russia, the United Nations’ food agency said.

Within Ukraine, officials said they were worried about the spread of deadly cholera and dysentery in the southern city of Mariupol, where tens of thousands of civilians live in ruins captured by Russian troops last month after a relentless siege.

In a speech via videolink to a conference in Copenhagen, President Volodymyr Zelenskiy called for Ukraine to be accepted as a part of the West with binding guarantees for its protection.

But with the war in the east now primarily an artillery battle in which Kyiv is severely outgunned by Moscow, Ukrainian officials say the tide of events could be turned only if the West fulfills promises to send more and better weaponry including rocket systems that Washington and others have promised.

Russia has concentrated its forces into a battle for Sievierodonetsk, hoping to capture the full territory of eastern Luhansk province, which it demands Ukraine cede to separatists along with neighboring Donetsk province – an area known as the Donbas where it has backed a revolt by separatist proxies since 2014.

Ukrainian troops have largely pulled out of the city’s residential areas but have not yielded their foothold on the east bank of the Siverskiy Donets river. Russian forces are also pushing from the north and south to try to encircle the Ukrainians, but so far have made limited progress.

Both sides say they have inflicted massive casualties in the battle for the city.

The Ukrainian mayor of Russian-controlled Mariupol, now operating outside the southern port after a near three-month siege in which thousands were killed, said thousands more could die there from disease.

Russian occupying forces had failed to properly dispose of bodies in the city, which were rotting in hot weather and rain, contaminating the water supply, said Vadym Boichenko.

“There is an outbreak of dysentery and cholera … (that) will claim thousands more Mariupolites,” he said.

President Vladimir Putin launched what he terms his “special military operation” in Ukraine in February claiming his aim was to disarm and “denazify” Russia’s neighbor. Kyiv and its allies call it an unprovoked war of aggression to capture territory.

Ukraine said a speech delivered on Thursday by Putin – who drew a parallel between what he portrayed as a new quest to win back Russian lands and the historic achievements of Tsar Peter the Great – proved that Moscow’s aim was conquest.

“Putin’s confession of land seizures and comparing himself with Peter the Great prove: there was no ‘conflict’, only the country’s bloody seizure under contrived pretexts of people’s genocide,” tweeted Zelenskiy aide Mykhailo Podolyak. – Rappler.com