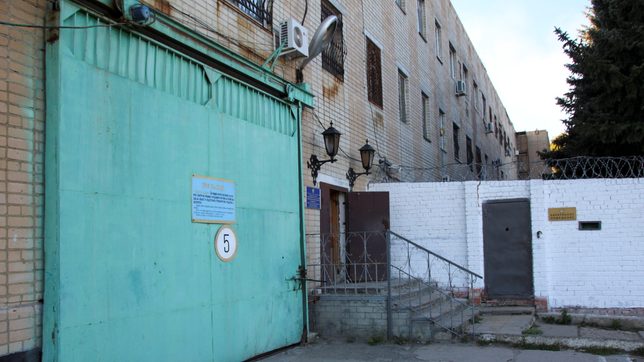 PRISON ABUSE. A view shows the Regional Tuberculosis Hospital No. 1, a medical institution run by the Saratov region's Federal Penitentiary Service (FSIN) department, in the city of Saratov, Russia, October 7, 2021.

Russia’s interior ministry has declared Sergei Savelyev, who leaked purported prison torture videos to a human rights group, as wanted, the database on its website showed on Saturday, October 23.

The prisoner rights group Gulagu.net has said the video files that Savelyev passed on show instances of both torture and sexual assaults at a jail in the Saratov region, around 700 km (450 miles) southeast of Moscow.

Five senior prison officials have been fired and a slew of criminal investigations have been opened since Gulagu.net began publishing the videos this month.

The database did not specify what crime Savelyev, a 31-year-old Belarusian, was wanted for.

In a video comment posted by Gulagu.net on Saturday, Savelyev said he was not surprised, and that he was now in France.

“I was preparing for it, but it’s not pleasant,” he said.

Savelyev, a programmer who helped to operate the local computer network and video cameras while serving time in the prison, suggested that Russia might want to charge him with disclosing state secrets:

“Given the information that we have already made public, I would like to believe that they will acknowledge the facts of the torture and try to resolve the issue of torture while trying to deal with the issue of disclosure of state secrets.”

Gulagu.net has said that the documents, photos, and videos that Savelyev passed on prove that hundreds of people across the Russian prison system have been tortured or raped by other inmates directed by prison officials.

Reuters could not independently authenticate the footage.

Gulagu.net said Savelyev was seeking political asylum in France, and that it would send the materials he had provided on to Interpol. – Rappler.com