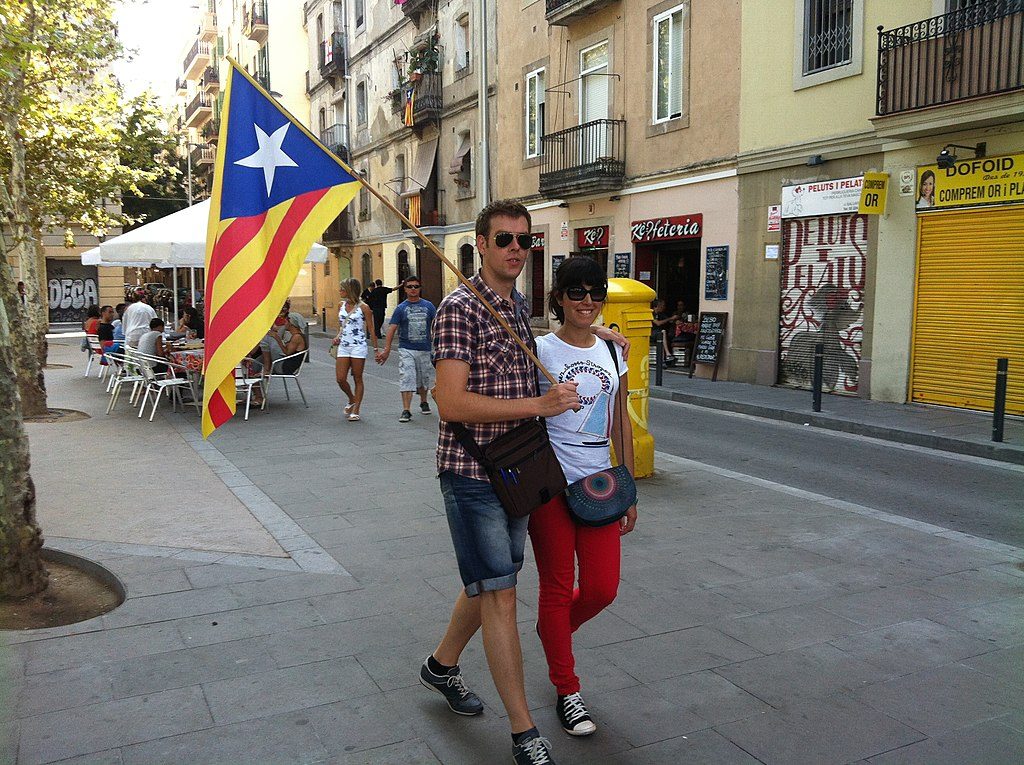 FILE PHOTO. A Catalan flag during a 2012 Catalan independence protest.

Facebook Twitter Copy URL
Copied
The ruling is largely symbolic with no penalty for the Spanish government or Spain's courts but represents a boost for Catalan separatists, who continue to push for independence although their movement has lost momentum

BARCELONA, Spain – A UN committee has found that Spain violated the political rights of four former Catalan separatist leaders by suspending them from public duties prior to their convictions over the region’s 2017 bid for independence, it said on Wednesday, August 31.

The ruling is largely symbolic with no penalty for the Spanish government or Spain’s courts but represents a boost for Catalan separatists, who continue to push for independence although their movement has lost momentum.

The UN Human Rights Committee said the four were suspended following an accusation they had encouraged a violent rebellion, but were eventually convicted of the lesser charge of sedition.

It said the violent rebellion accusation was “not foreseeable” given they had urged their followers to protest peacefully.

“The committee took an important step in affirming that the safeguards against the restrictions of political rights must be applied more rigorously if these restrictions occur prior to, rather than after, a conviction,” panel member Helene Tigroudja said in a statement.

The committee’s decision contradicts Spain’s Constitutional Court which in 2020 backed a 2018 Supreme Court ruling to provisionally suspend the politicians as regional lawmaker pending their conviction.

Spain’s Supreme Court in 2019 sentenced nine Catalan separatist leaders to long prison terms for sedition, two years after Catalonia held a referendum, which had been banned by courts, and briefly declared independence in Spain’s biggest political crisis in decades.

Four of the leaders filed a complaint over their suspension from public office to the UN Human Rights Committee, including Oriol Junqueras, Catalonia’s former deputy head, who received the longest jail sentence of 13 years.

The nine leaders left jail in 2021 following a pardon by Spain’s leftist coalition government. The government has not yet commented on the ruling.