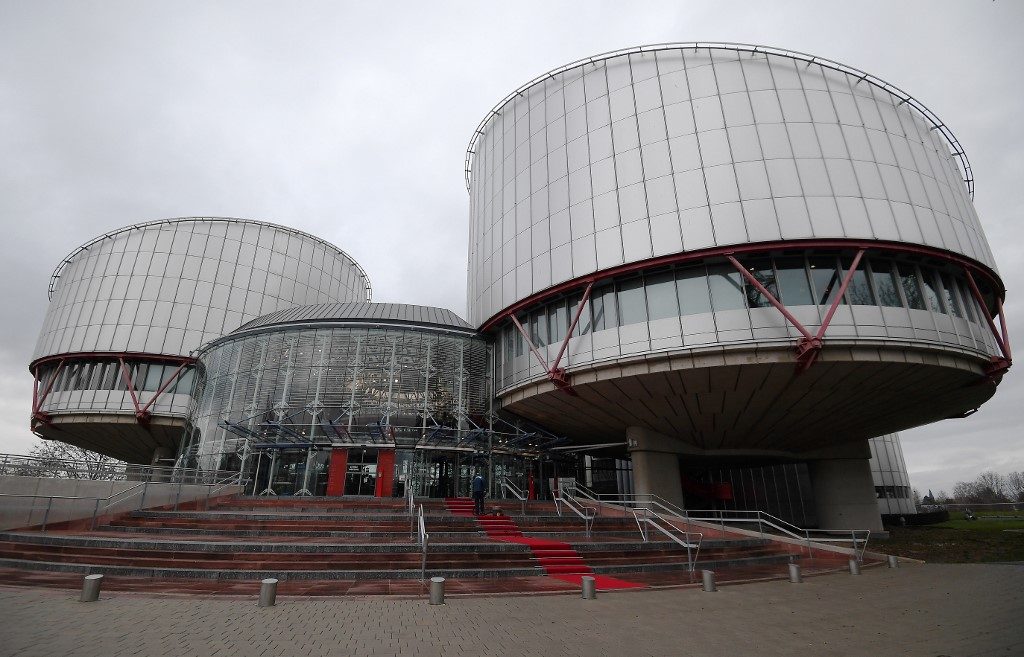 ON JOURNALISTS' RIGHTS. This photo shows the European Court of Human Rights in Strasbourg, eastern France, on February 7, 2019.

Facebook Twitter Copy URL
Copied
Turkey is considered one of the world's leading jailer of journalists, and is ranked 154 out of 180 countries on a Reporters Without Borders press freedom index

The European Court of Human Rights (ECHR) on Tuesday, November 10, ruled that Turkey violated free speech and unlawful arrest protections when it detained 10 journalists and managers of a newspaper critical of the government in 2016.

The 10 worked for the opposition daily Cumhuriyet, one of the oldest newspapers in Turkey, and were arrested following a series of articles and social media posts criticizing government policies.

The group was accused of promoting and disseminating propaganda on behalf of “terrorist organizations” including the outlawed Kurdistan Workers’ Party (PKK), listed as a terror group by Ankara and its Western allies.

Their arrest came just months after a failed coup against President Recep Tayyip Erdogan, who unleashed a crackdown on the opposition in response.

The detained journalists had lodged various applications for release, but all were rejected by Turkish courts.

One of the group was detained for 16 months, another for over 14 months, one for nearly 9 months, and the rest for over 7 months, the rights court in Strasbourg noted.

“The decisions of the domestic courts ordering the applicants’ initial and continued pre-trial detention had been based on mere suspicion that did not reach the required level of reasonableness,” the judges ruled.

They found the detainees had been exercising their right to free speech, did not support or advocate the use of violence, and there was no evidence that they wished to contribute to the objectives of any terror group.

The 7 judges, including one from Turkey, ruled unanimously that Ankara had violated the group’s right to liberty and security under the European Convention on Human Rights, as well as their right to free speech.

Turkey is considered one of the world’s leading jailer of journalists, and is ranked 154 out of 180 countries on a Reporters Without Borders press freedom index.

Turkey falls under the jurisdiction of the ECHR as a member of the Council of Europe, the continent’s leading human rights organization. – Rappler.com