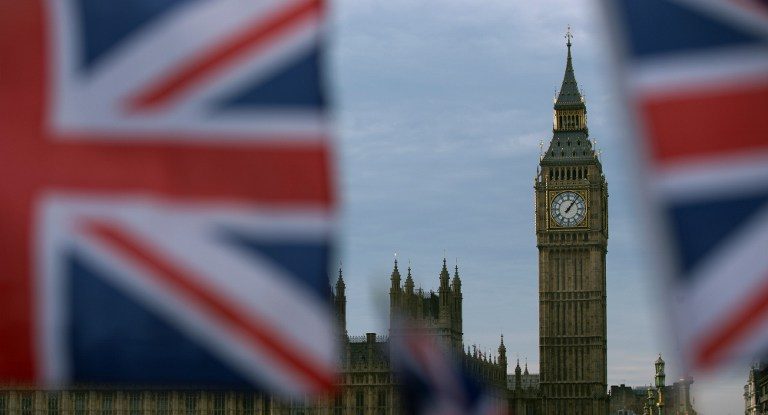 A British Union flag flies near the Elizabeth Tower, otherwise known as Big Ben, opposite the Houses of Parliament in central London on December 7, 2016. British lawmakers will be asked to vote Wednesday on Prime Minister Theresa May's plan to start Brexit by March next year in a parliamentary showdown between the government and pro-EU MPs. May has agreed to provide further details on her negotiating strategy before triggering the Article 50 exit process -- as long as MPs back her timetable and the result of the June referendum to leave the European Union. / AFP PHOTO / Daniel LEAL-OLIVAS

Facebook Twitter Copy URL
Copied
The accusation, although not directly aimed at the Kremlin, is likely to worsen already fraught relations between London and Moscow

The government launched an investigation into the source of the leak, after details of talks with the United States on a possible post-Brexit trade deal were published on social media site Reddit.

The main opposition Labour party said the files proved the government would “sell-out” the state-run National Health Service (NHS) to US companies.

Funding for the NHS was a key campaign issue before the December 12 vote.

Labour’s then-leader Jeremy Corbyn dismissed as a “conspiracy theory” claims the leak used in his campaign was put online by Russia, but did not say where the party obtained them.

But Foreign Secretary Dominic Raab on Thursday said the government had concluded after “extensive analysis” that there was strong suspicion of a Russian link.

“On the basis of extensive analysis, the government has concluded that it is almost certain that Russian actors sought to interfere with the 2019 general election through the online amplification of illicitly acquired and leaked government documents,” he said in a written statement to parliament.

The accusation, although not directly aimed at the Kremlin, is likely to worsen already fraught relations between London and Moscow.

Ties were strained after Britain pointed the finger at Russia for trying to kill double agent Sergei Skripal in the southwest English city of Salisbury in 2018.

A long-awaited report into alleged Russian interference in the 2016 Brexit vote, due to be published by parliament’s intelligence and security committee in the coming days, could also heighten diplomatic tensions.

Raab said of the leak: “Sensitive government documents relating to the UK-US Free Trade Agreement were illicitly acquired before the 2019 general election and disseminated online via the social media platform Reddit.

“When these gained no traction, further attempts were made to promote the illicitly acquired material online in the run up to the general election.

“Whilst there is no evidence of a broad spectrum Russian campaign against the general election, any attempt to interfere in our democratic processes is completely unacceptable.”

Raab added there was an ongoing criminal investigation, which prevented him for giving further details.

But he promised Britain would “call out and respond to malign activity,” and backed recent action taken by Berlin against an alleged Russian hack of the German parliament in 2015.