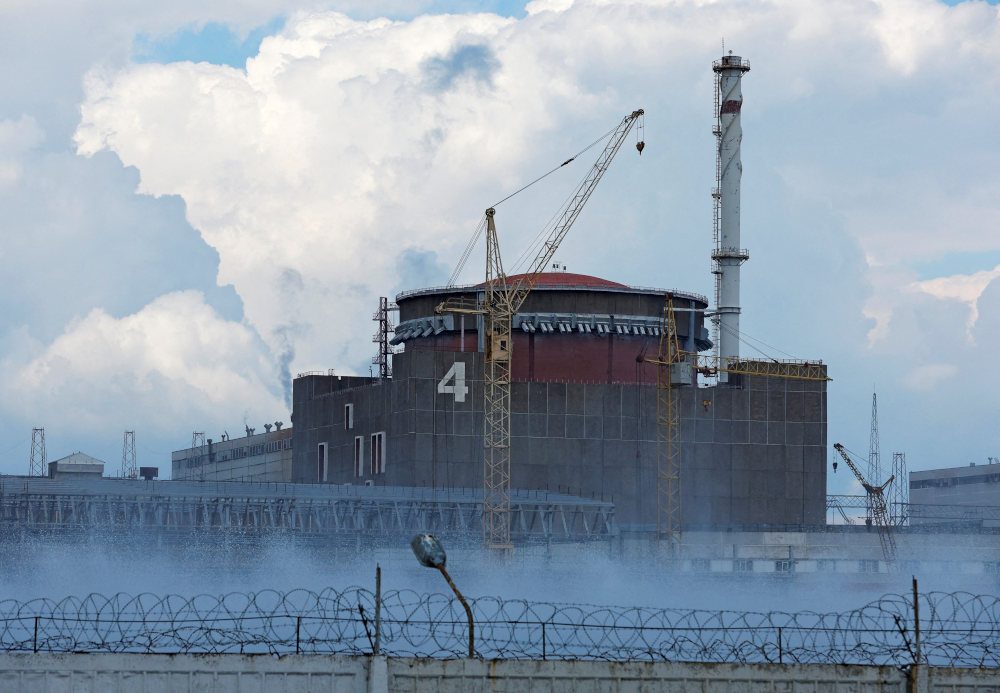 Facebook Twitter Copy URL
Copied
The attack draws condemnation from the International Atomic Energy Agency, which warned perpetrators they are 'playing with fire'

LONDON, United Kingdom – Ukraine’s Zaporizhzhia nuclear power plant, which is under Russian control, was rocked by shelling on Sunday, November 20, drawing condemnation from the UN nuclear watchdog which said such attacks risked a major nuclear disaster.

More than a dozen blasts shook Europe’s biggest nuclear power plant on Saturday evening, November 19, and Sunday, the International Atomic Energy Agency (IAEA) said. Moscow and Kyiv both blamed the other for the shelling of the facility.

“The news from our team yesterday and this morning is extremely disturbing,” said IAEA head Rafael Grossi. “Explosions occurred at the site of this major nuclear power plant, which is completely unacceptable. Whoever is behind this, it must stop immediately. As I have said many times before, you’re playing with fire!”

Citing information provided by plant management, the IAEA team on the ground said there had been damage to some buildings, systems and equipment at the site, but none of them critical for nuclear safety and security so far.

Repeated shelling of the plant in southern Ukraine, which Russia took control of shortly after its February invasion, has raised concern about the potential for a grave accident just 500 kilometers from the site of the world’s worst nuclear accident, the 1986 Chornobyl disaster.

The Zaporizhzhia nuclear power plant provided about a fifth of Ukraine’s electricity before Russia’s February 24 invasion, and has been forced to operate on back-up generators a number of times. It has six Soviet-designed VVER-1000 V-320 water-cooled and water-moderated reactors containing Uranium 235.

The reactors are shut down but there is a risk that nuclear fuel could overheat if the power that drives the cooling systems was cut. Shelling has repeatedly cut power lines.

Both Kyiv and Moscow have accused each other of attacking the plant on several occasions during the conflict and risking a nuclear accident, and they again exchanged blame on Sunday.

“They shelled not only yesterday, but also today, they are shelling right now,” said Renat Karchaa, an adviser to Rosenergoatom’s CEO, adding that any artillery attack at the site posed a threat to nuclear safety.

Karchaa said the shells had been fired near a dry nuclear waste storage facility and a building that houses fresh spent nuclear fuel, but that no radioactive emissions had currently been detected, according to TASS.

Ukraine’s nuclear energy firm Energoatom accused the Russian military of shelling the site and said there were at least 12 hits on plant infrastructure.

It said that Russia had targeted the infrastructure necessary to restart parts of the plant in an attempt to further limit Ukraine’s power supply. – Rappler.com