67-year-old Ludmilla Kravtsova poses for a portrait after speaking with Reuters about fleeing the ongoing Russian invasion outside the main train station in Lviv, Ukraine, March 14, 2022.

Facebook Twitter Copy URL
Copied
About 3 million Ukrainians have fled the country, but many older people are too sick or immobile to make the same arduous journey. Others refuse to leave cherished homes, even as the conflict envelopes them.

LVIV, Ukraine – When Russian jets roared low over her town and the bombing grew unbearable, Liudmila Kravtsova packed a small bag and fled by train to safer western Ukraine.

The carriage was packed with women and children. But men of fighting age, who remained behind to halt the Russian advance, were largely absent. So was another segment of Ukrainian society.

Kravtsova, a 67-year-old retired accountant, said she was one of only three older passengers. “Old people are staying put with only the war for company,” she said.

Ukrainian refugees hope for peace, but more expected to flee One in four people in Ukraine are 60 or older, according to government statistics, and many of them were already poor and vulnerable before Russia launched its invasion on February 24, according to U.N. and other experts.

Since then about 3 million Ukrainians have fled the country, but many older people have been too sick or immobile to make the same arduous journey. Others have refused to leave cherished homes, even as the conflict enveloped them.

Ukraine has the largest percentage of older people affected by conflict of any single country, said HelpAge International, a global network of support groups that has worked in the former Soviet republic since 2014.

It said older people were often overlooked during humanitarian crises, or their specific nutritional or medical needs not factored in.

Particularly in rural areas of Ukraine, the majority of those staying put are older people, and helping them as the fighting has escalated will be challenging, said Justin Derbyshire, HelpAge International’s chief executive.

“There will be a huge amount of need. We’re going to see massive problems in terms of hunger and medical supplies.”

Many older people, already in fragile health, have arrived in Lviv in western Ukraine – where Russian forces have not
ventured to date – after harrowing escapes.

Kravtsova spent days sheltering in terror in a basement in the small town of Barvinkove in eastern Ukraine as shells and rockets exploded outside. “We had such a beautiful life before the war,” she said.

A little over 24 hours later, she was sitting on a bench outside Lviv station, waiting for her daughter Oksana.

Asked why she seemed so cheerful, Kravtsova said she had just met an injured soldier who had returned from the front. “He told me, ‘We will win this war.’ And I believe him.”

She said she will live with her daughter in Ternopil, a nearby city, and won’t go abroad. “If I was younger, maybe I’d think about going abroad. But this is my land.”

Boris Mosyir, who is 79 and walks with a cane, sat quietly in a nearby waiting hall with his grown-up son Ihor. They had lived together in Izyum, another war-torn eastern town.

Their apartment block had no shelter or basement. During the near-constant Russian bombardment, they hid in the bathroom with pillows clutched over their heads.

“I can’t believe we survived,” said Mosyir, his face crumpling with emotion. “We’re so exhausted. We just want to sit and catch our breath.” 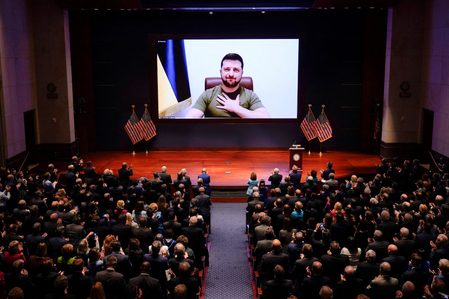 Mosyir has prostate cancer but said he had run out of medicine to treat it. He had an upcoming appointment at a hospital in nearby Kharkiv, but that city – Ukraine’s second largest – has been devastated by Russian bombing.

“I don’t know if my doctor is alive or dead,” he said.

The war had also posed new challenges for wheelchair-bound Yuriy Vasko, 78. He and his son-in-law Serhii Krylov had escaped Mykolaiv, a port city on the Black Sea and scene of intense fighting.

Vasko now wanted to join his daughter Raisa in neighboring Poland, but his son-in-law couldn’t take him there because men of fighting age weren’t allowed to leave Ukraine.

So Vasko slept in a Lviv church for three days, waiting for Raisa to arrive and take him to Poland.

Vasko, who suffered a stroke a few years ago, said he felt betrayed by Russia and let down by his own country. “Old people aren’t needed at all,” he said, tugging down the brim of his cap to hide his tears. – Rappler.com