US-CHINA TALKS. US Secretary of State Antony Blinken and Chinese Foreign Minister Wang Yi pose for a picture before their meeting on the sidelines of the G20 summit in Rome, Italy October 31, 2021.

US Secretary of State Antony Blinken told his Chinese counterpart on Sunday, October 31, that the United States opposed actions by China that have increased tensions across the Taiwan Strait, a senior State Department official said.

During an hour-long meeting with Chinese Foreign Minister Wang Yi on the sidelines of a Group of 20 summit, Blinken made “crystal clear” that Washington opposes any unilateral changes by Beijing to the status quo there, the official said.

A recent increase in Chinese military exercises in Taiwan’s air defense identification zone are part of what Taipei views as stepped-up military harassment by Beijing.

China claims the island as part of its own territory and views any foreign intervention on Taiwan as interference in its domestic affairs.

The United States wants to manage the intense competition between the world’s two largest economies responsibly, the state department official said, adding that both sides acknowledged that open lines of communication are paramount.

While the United States, like most countries, has no formal ties with Taiwan, Washington is the island’s most important international backer and main arms supplier, and is required by law to provide it with the means to defend itself.

The United States has long followed a policy of “strategic ambiguity” on whether it would intervene militarily to protect Taiwan in the event of a Chinese attack, though US President Joe Biden said last week that it would come to Taiwan’s defense if necessary.

Blinken made clear that Washington had not changed its “one China” policy regarding Taiwan, the official said. 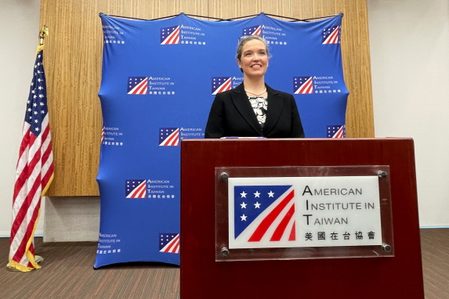 He and Wang did not discuss a recent Chinese hypersonic weapons test that military experts say appears to show Beijing’s pursuit of an Earth-orbiting system designed to evade American missile defenses, the official said. – Rappler.com