COP27: How climate change impacts countries around the world 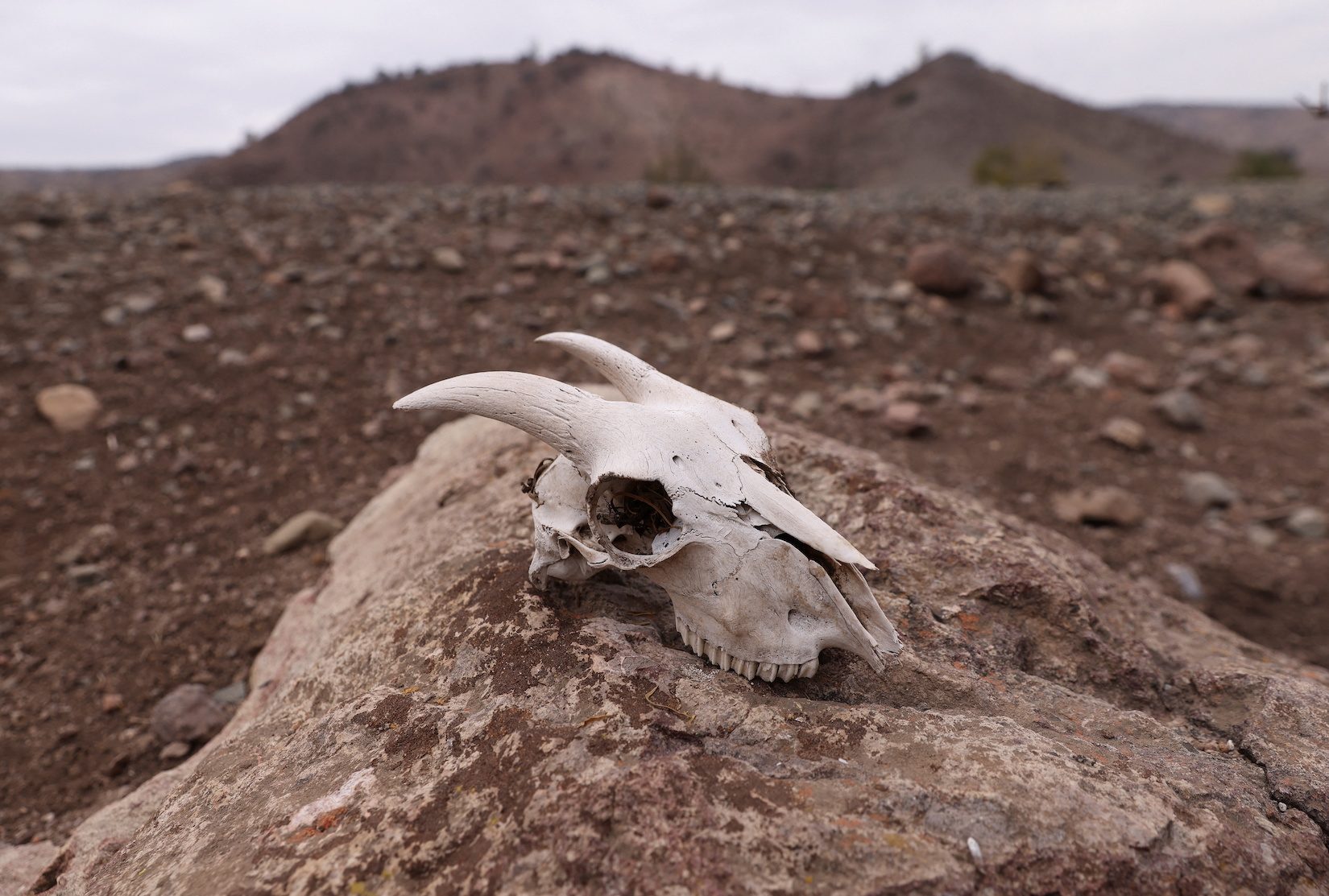 DROUGHT. A goat skull is seen at an animal breeder's farm, that has been affected by the lack of water at Montenegro, in Santiago, Chile April 21, 2022. Amid an historic 13-year drought, rainfall levels have slumped in this South American nation that hugs the continent's Pacific coast.

Facebook Twitter Copy URL
Copied
While some countries see glaciers melt or coastlines rise, others will contend mostly with raging wildfires and extreme heat, the report by the Intergovernmental Panel on Climate Change says

SHARM EL-SHEIKH, Egypt – While delegates at the COP27 climate conference discuss the shared problem of climate change, each country will face its own challenges and threats.

In February, the UN climate science agency released a major report on adapting to a warmer world – and detailed how that effort would differ from place to place. While some countries see glaciers melt or coastlines rise, others will contend mostly with raging wildfires and extreme heat, the report by the Intergovernmental Panel on Climate Change said.

That will call for different investments and solutions as communities seek to adapt. Here are just some of ways climate change will hit countries in each region:

Countries with territory in the Himalayan mountains or its foothills, including China, India, Nepal and Pakistan, could face sudden flooding events, the report said. As the ice melts, water can pool behind rocky ridges to form lakes. And when those rocks give way, water rushes down – putting downstream mountain communities at risk.

Further south, mosquitoes that can carry diseases including dengue fever and malaria are expected to spread to new parts of subtropical Asia, encouraged by warmer temperatures and heavy rains.

And hundreds of millions of people will be on the move. A World Bank report warned in September that climate impacts, including water scarcity and declining crop yields, could force some 216 million to migrate within their own countries by 2050.

Living on the world’s hottest continent, Africans are at an especially high risk of suffering from heat stress. If global warming goes more than 1.5 degrees Celsius (2.7 degrees Fahrenheit) above pre-industrial levels, at least 15 additional people per 100,000 would die every year from extreme heat, according to the IPCC.

Africa’s population will likely grow faster than any other during the 21st century, with many people living in coastal cities. By 2060, more than 200 million people in Africa are predicted to be vulnerable to sea level rise.

Nigeria’s coastal capital, Lagos, is on track to become the world’s most populous city in 2100. The population growth across the continent could also increase resource scarcity.

The Amazon rainforest and the thousands of diverse plants and animals it supports are highly vulnerable to drought and wildfires, made worse by farmers clearing trees for agriculture.

Droughts, storms and flooding will worsen in parts of the Andes, in northeast Brazil and in parts of Central America. Coupled with geopolitical and economic instability, these impacts could lead to waves of migration.

The 2019 summer heatwave offered just a glimpse of what’s to come for Europe if warming reaches 3 degrees Celsius. At such temperatures, cases of heat stress and heat-related death would double if not triple compared with 1.5C.

Beyond 3C, “there are limits to the adaptation potential of people and existing health systems”, the IPCC report says.

Damage from coastal flooding is projected to go far beyond sinking Venice, increasing at least 10-fold by the end of the century.

Large wildfires will continue to burn forests and darken skies in the western United States and Canada, causing destruction of nature and livelihoods while contributing to air and water pollution.

Even if global warming is kept to 1.5C, many parts of the United States will be at high risk from severe storms and hurricanes, in addition to flooding from higher sea levels and storm surges.

On Monday, the country’s Fifth National Climate Assessment warned that these events would threaten “the things Americans most value”, such as safe homes, healthy families, public services and a sustainable economy. The IPCC also said such climate impacts would disrupt global supply chains and international trade.

And in the Arctic, melting sea ice, warming temperatures, and thawing permafrost will push many species to the brink of extinction. In a new report Monday, scientists predicted summer sea ice would vanish entirely by 2030.

Extreme fires would challenge southern and eastern Australia and parts of New Zealand.

And as Australia’s forests dry out, alpine ash, snowgum woodlands and northern jarrah forests would then largely collapse.