EXPLAINER: How far has COP27 inched beyond past climate deals? 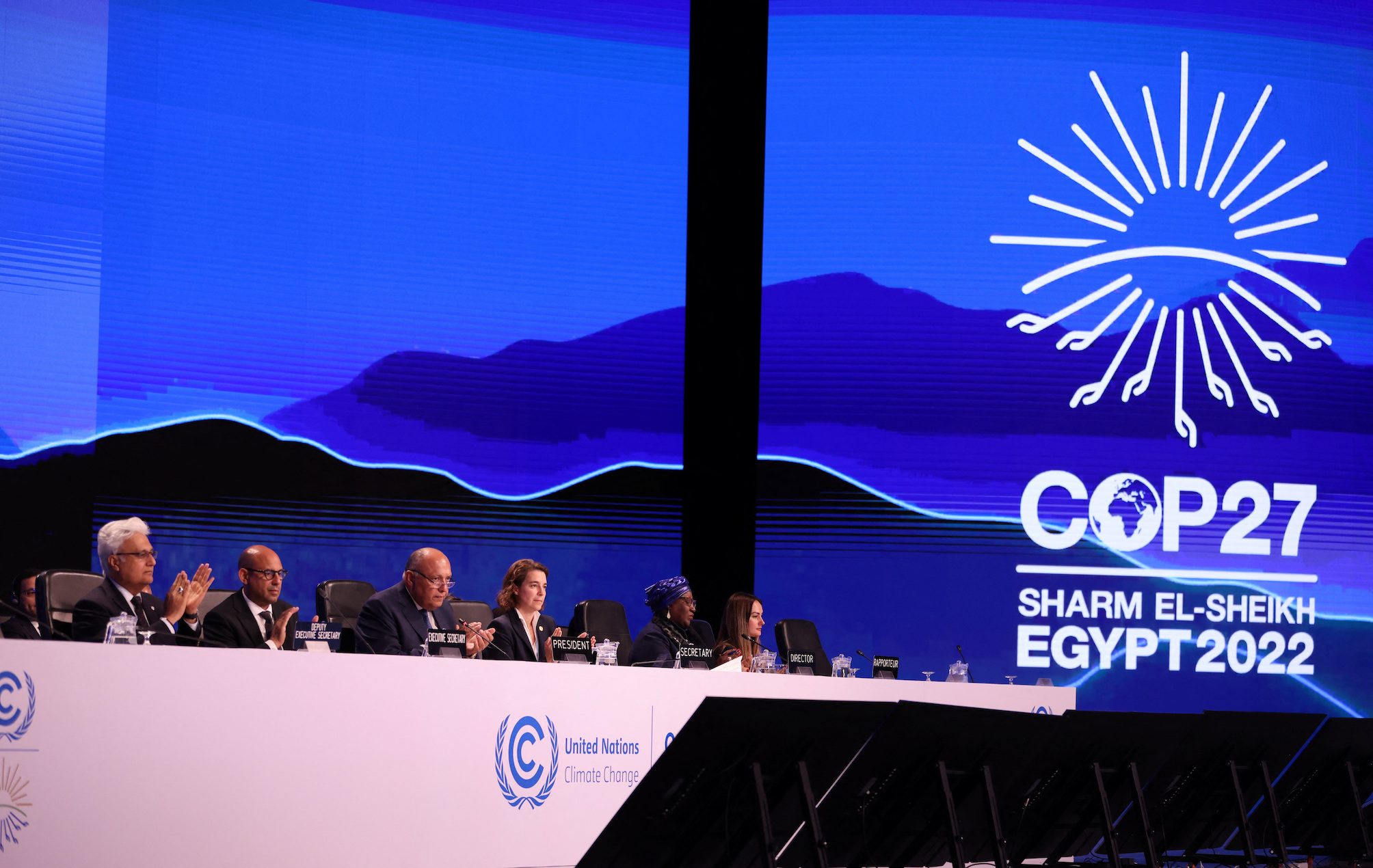 SHARM EL-SHEIKH, Egypt – Beyond the headlines from the annual UN climate conference, progress in advancing the global climate agenda relies on the behind-the-scenes efforts of technocrats over years.

Below are some of the steps forward at this year’s COP27 summit concluded at the weekend in Egypt:

The shape of carbon markets

Countries have been negotiating how to make international trading in carbon offsets work since the 2015 Paris Agreement, and the launch of the system is likely to be several years off as the debate continues into 2023.

Offsets allow countries or companies to pay others to cut greenhouse gas emissions to make up for their own.

By the end of the first week of COP27, officials had agreed to put off decisions on which projects – from wind farms to tree planting – should be eligible to generate carbon offset credits.

In the second week, countries made progress on setting out how country-to-country trading would work as well as clarifying some aspects of how countries could authorize a project within their borders to sell credits abroad, Laura Albuquerque, a senior manager at consultancy WayCarbon, said.

Negotiators also finalized most of the guidelines for how carbon credits under an old offset trading system could be brought in line with the new rules, she said.

But many decisions were pushed to next year or later, including whether avoided emissions from deforestation or other sources should qualify for carbon credits.

“We expect further decisions at COP28 and beyond.”

‘Too little, too late’ on adaptation

Developing countries hit by climate impacts say the annual UN climate negotiations focus too much on measures to cut emissions, and not enough on adaptation to the consequences of global warming, such as sea level rise.

At last year’s COP26 UN summit, countries agreed to double the amount of adaptation financing by $40 billion by 2025. While the world is falling short of that goal, few expected the issue to be advanced this year in Egypt.

Some progress was made toward defining a “global goal on adaptation,” which in addition to finance would likely include a wider array of tools and cooperation platforms to help countries to adapt. That could include humanitarian relief, the transfer of technology and early warning systems for climate disasters.

Rather than reaching a final decision, countries this year adopted a framework that laid out the questions that need answers to define that goal at a future COP.

Van Aalst called the framework “a pretty technical step forward” and a “helpful piece of progress.”

Agriculture and food latecomers to the debate

Food is responsible for one-third of global greenhouse gas emissions.

But discussions on how to curb those emissions are relatively new within UN climate negotiations.

Adopted in 2017, the Koronivia Joint Work on Agriculture (KJWA) has held workshops to address climate-related agricultural issues including best practices in livestock, soil management, and water use. The work also deals with food security and the economic impacts of global warming.

As the initial mandate expired, countries at COP27 authorized the KJWA work to continue for another four years.

Countries need to decide how to move from talking in workshops to pushing for measures to be implemented in practice, for example, in ways to help governments meet national emissions-cutting targets, said Bernadette Fischler, head of advocacy at World Wildlife Fund (WWF) UK.

More than 100 organizations including WWF and the Environmental Defense Fund signed a letter urging COP27 negotiators to expand the scope of Koronivia to include consumption and waste, but Egypt talks kept the narrow focus on agriculture.

Fishler said the emissions from the overall food system need to be reduced if the world is to succeed limiting global warming to 1.5 degrees Celsius above preindustrial temperatures, the level beyond which scientists say the impact of climate change will become far more devastating.