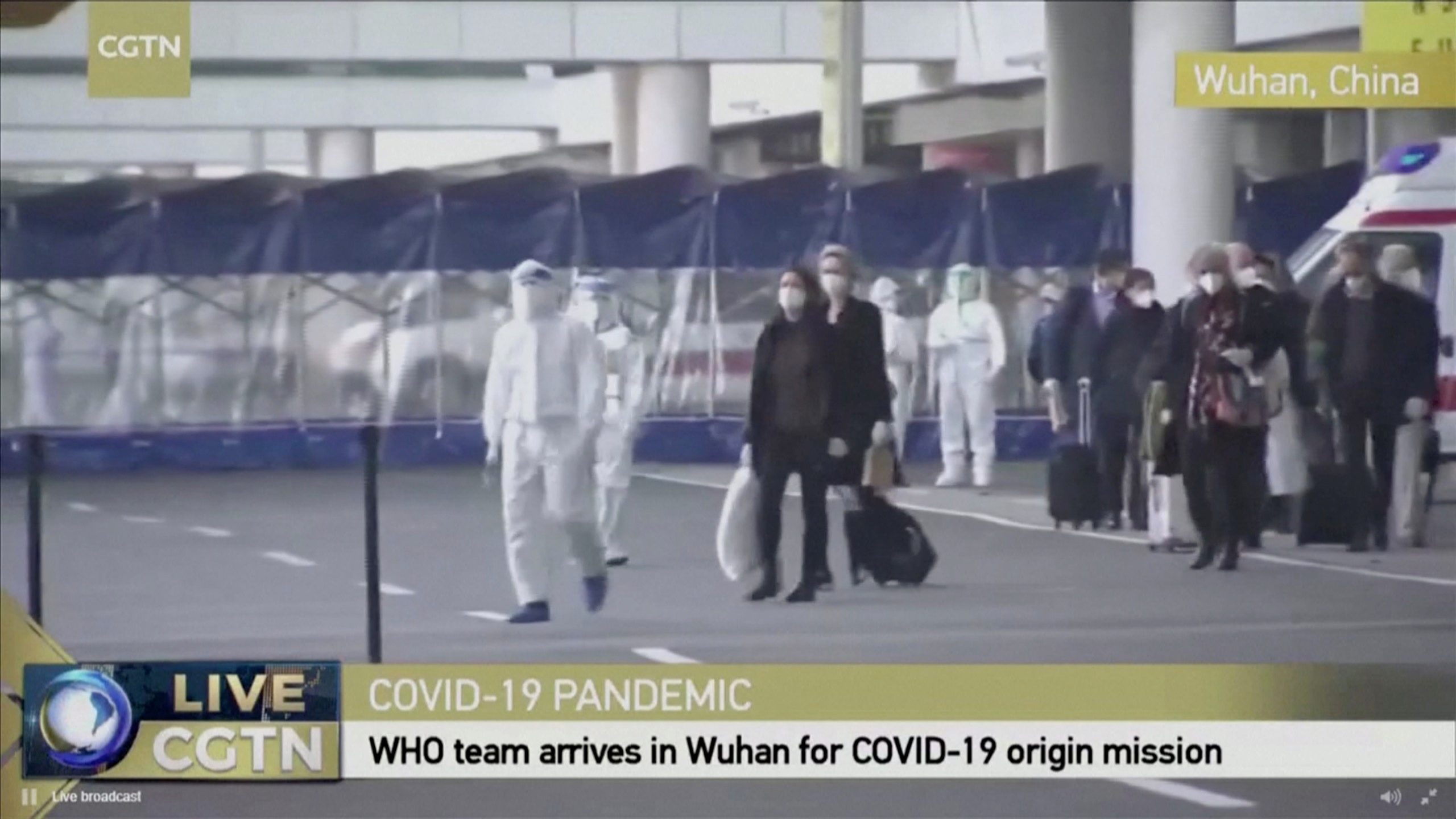 Members of the World Health Organisation (WHO) team tasked with investigating the origins of the coronavirus disease (COVID-19) pandemic arrive at Wuhan Tianhe International Airport in Wuhan, Hubei province, China, January 14, 2021, in this still image taken from video provided by CGTN.

Here’s what you need to know about the coronavirus right now:

WHO team arrives in Wuhan

A global team of scientists led by the World Health Organization arrived in China’s central city of Wuhan, where COVID-19 first surfaced in late 2019, to investigate the origins of the pandemic, state television said on Thursday, January 14.

Hung Nguyen, a Vietnamese biologist and part of the 10-member team, told Reuters that he did not expect any restrictions on the group’s work in China. He hoped to find new details about the virus’ origins, but said the team may not find clear answers.

The team will spend two weeks in quarantine on arrival and two more weeks interviewing people from research institutes, hospitals and the seafood market in Wuhan where the new pathogen is believed to have emerged, Hung said.

Most new cases in over 10 months in China

The National Health Commission said in a statement that 138 new COVID-19 cases were reported on January 13, up from 115 cases a day earlier and marking the highest jump since March 5. China also reported one new death, marking the first increase in the death toll since mid-May.

The new wave of infections comes ahead of next month’s holiday, when hundreds of millions of people typically travel to their hometowns. COVID-19’s resurgence has already prompted some provinces to discourage travel, which could lead to reduced travel and dampen consumption during the long break.

Queensland state Premier Annastacia Palaszczuk said on Thursday she was considering the use of remote mining camps to quarantine international arrivals, aiming to break a cycle of coronavirus outbreaks around Australia at city hotels used for isolation. Neighboring Northern Territory began using a shuttered mining camp outside the city of Darwin in October for quarantining international arrivals.

A proposal for wider use of camps is on the agenda of a national cabinet meeting next week but New South Wales, the country’s most populous state, has already voiced its objections. The vast majority of incoming travellers to Australia arrive in Sydney where they are quarantined at city hotels.

The microscopic organisms living in our intestines may influence the severity of COVID-19 and the body’s immune response to it, and could account for lingering symptoms, researchers reported on Monday in the journal Gut.

“COVID patients lack certain good bacteria known to regulate our immune system,” said Dr Siew Ng of The Chinese University of Hong Kong. The presence of an abnormal assortment of gut bacteria, or “dysbiosis,” persists after the virus is gone and could play a role in the long-lasting symptoms that plague some patients, she said.

Her team has developed an oral formula of live bacteria known as probiotics and a special capsule to protect the organisms until they reach the gut. Ng added that those who got it had significantly reduced markers for inflammation in their blood, increased favorable bacteria in their stool and they developed neutralizing antibodies to the virus. – Rappler.com