Dec 2, 2020 9:19 AM PHT
Agence France-Presse, Agence France-Presse
Facebook Twitter Copy URL
Copied
The maritime industry also hopes the qualification will allow seafarers to be among priority groups to benefit from future vaccines against the virus

Seafarers should be classified as “key workers,” UN nations urged Tuesday, December 1, with the hope that could help clear a way home for some 400,000 of them stuck at sea due to the COVID-19 pandemic.

A resolution adopted by 193 nations “urges member states to designate seafarers and other marine personnel as key workers.”

It calls on governments to allow “stranded seafarers to be repatriated and others to join ships” under safe COVID-19 protocols. 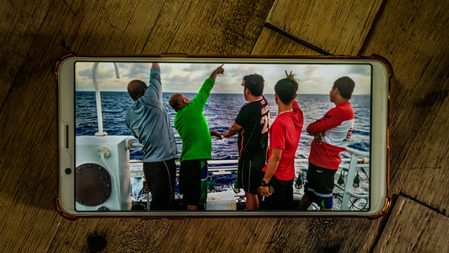 The International Chamber of Shipping, based in London and representing 80% of the merchant fleet, welcomed the resolution.

“This is a significant step in recognizing the crucial role that 2,000,000 sailors play in transporting food, medicine, energy supplies, and other essential raw materials across the globe amidst the height of a global pandemic,” it said in a statement.

The maritime industry also hopes the qualification will allow seafarers to be among priority groups to benefit from future vaccines against the virus.

In June, UN Secretary-General Antonio Guterres warned over the situation of seafarers stranded without the possibility of being relieved because of travel restrictions imposed by dozens of countries fearing infections.

Sea transport represents more than 80% of trade and is crucial for the transport of drugs, food, and critical supplies in the fight against the pandemic, he said at the time. – Rappler.com