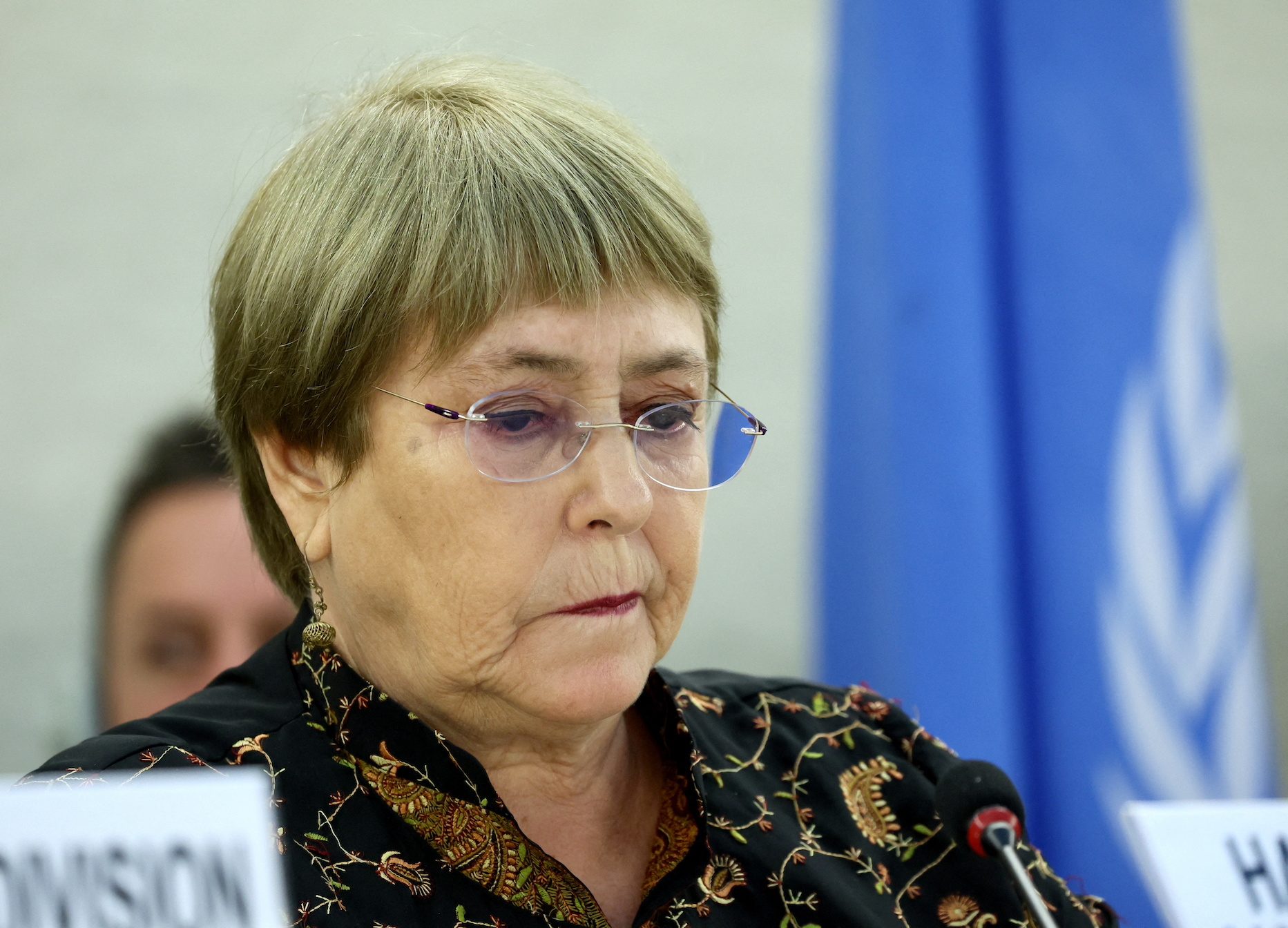 Facebook Twitter Copy URL
Copied
Some diplomats expected Bachelet, a former president of Chile who is seen as close to UN Secretary-General Antonio Guterres, to stay on after her term expires later this year

GENEVA, Switzerland – The United Nations human rights chief, Michelle Bachelet, indicated on Monday, June 13, that she would not seek a second term, the surprise announcement coming in a wide-ranging speech to the Geneva-based Human Rights Council.

Bachelet made a trip to China last month for which she was criticized by rights groups as well as some Western governments, including the United States, who said conditions Chinese authorities imposed on the visit did not enable a complete and independent assessment of the rights environment.

“As my term as High Commissioner draws to a close, this Council’s milestone fiftieth session will be the last which I brief,” she said, without giving a reason.

Some diplomats said they had expected Bachelet, a former president of Chile who is seen as close to UN Secretary-General Antonio Guterres, to stay on after her term expires later this year. There was murmuring in the Geneva Council room when she made the announcement.

In the same speech, she said her office was working on an updated assessment of the human rights situation in China’s western region of Xinjiang, where there are widespread allegations that mostly Muslim Uyghur people have been unlawfully detained, mistreated and forced to work.

China denies all accusations of abuse in Xinjiang.

“It will be shared with the government for factual comments before publication,” she said of her report, without giving a timeline. – Rappler.com