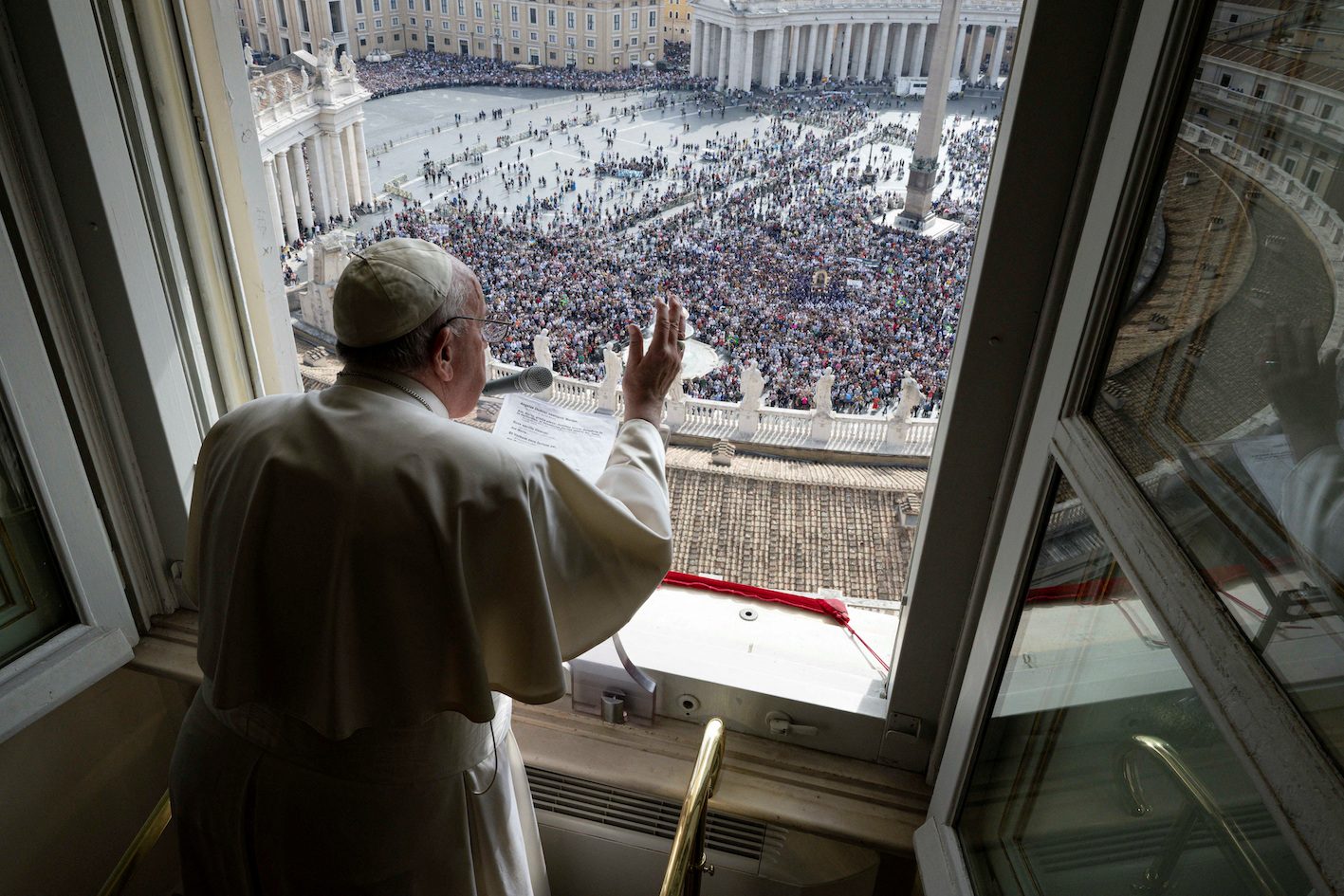 FILE PHOTO. Pope Francis leads the Angelus prayer from his window at the Vatican, October 23, 2022.

Facebook Twitter Copy URL
Copied
The Pontifical Council for the Protection of Minors is mandated to produce the reports by Pope Francis in April, after a wider constitutional overhaul of Vatican structures

VATICAN CITY – The Vatican panel due to produce annual reports on child abuse prevention within the Catholic Church will not deliver its first full review until 2024, its secretary said on Friday, October 28.

The Pontifical Council for the Protection of Minors was mandated to produce the reports by Pope Francis in April, after a wider constitutional overhaul of Vatican structures.

Clerical sex abuse and cover up scandals have rocked the 1.35 billion-member Catholic Church for decades, undercutting its moral authority and taking a toll on membership and coffers.

Greater transparency, new reporting procedures and tougher punishment for abusers and those who fail to go after them are part of Francis’ stated “zero tolerance” response.

“Around October next year we’ll have a good idea of what we want to say, (but) I don’t think we’re going to have data in place until the following year, 2024,” said panel secretary Father Andrew Small.

Briefing reporters, he said the council, which has 20 lay and religious members, including an advocate for abuse survivors, would issue a limited “blueprint” report in 2023.

He said he was not sure “how much actionable data” it would have, whereas the 2024 report will have “evaluations of where there are gaps and holes and deficiencies.” – Rappler.com