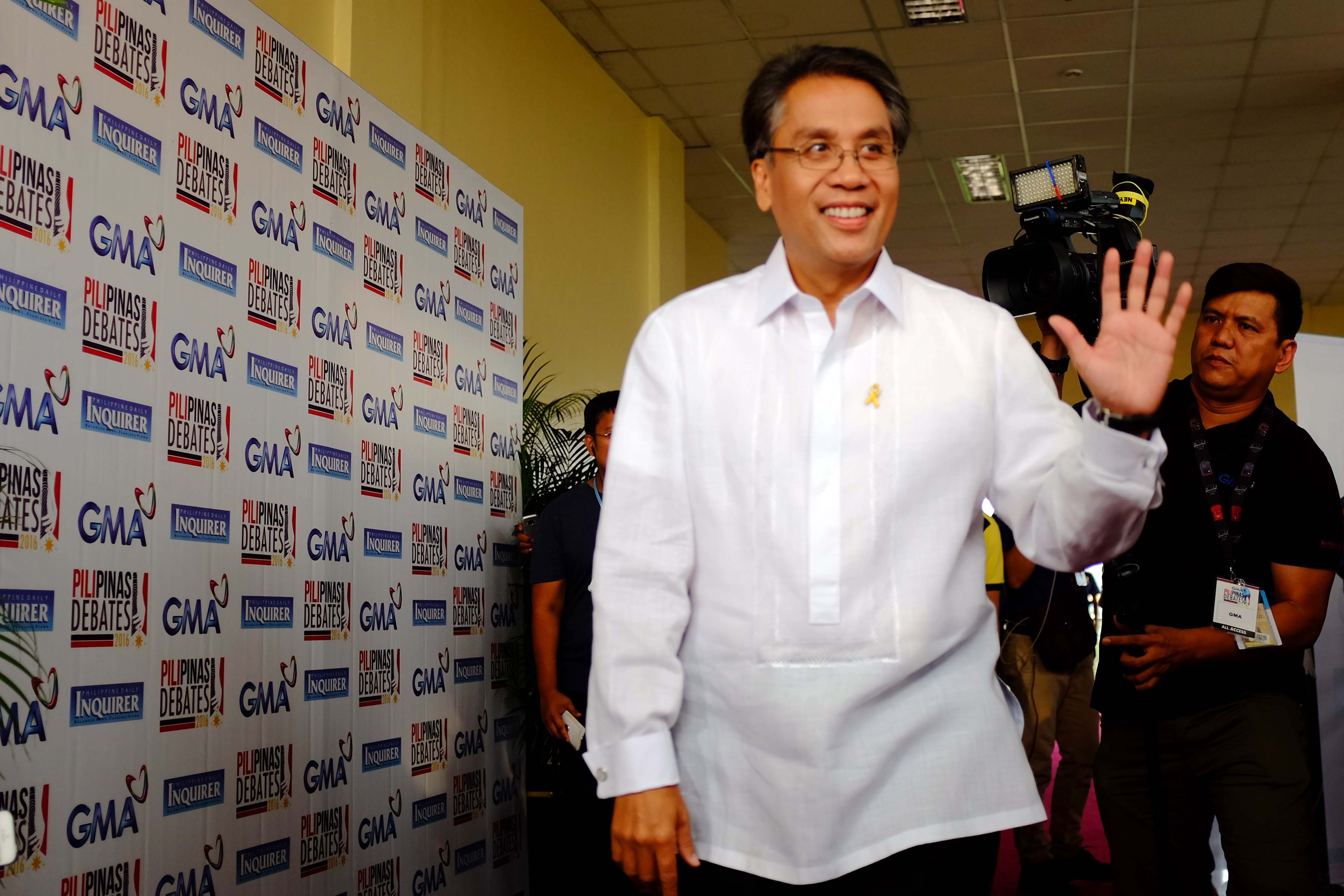 Round 1 covered topics ranging from wealth, corruption, experience in government, health, morality, and Super Typhoon Yolanda. (READ: Round 2 goes to Poe; Round 3 goes to Poe)

Roxas also went on the offensive, attacking the other candidates – Poe’s competence, Binay’s alleged corruption, and the temper of Duterte. He was concise, straightforward, and did not mince words.

(If we prepare choosing the president to who’s driving our children every day, to whom do we entrust this to? To a person with a case, a person quick to lose his temper, a person only now just learning to drive, or a person who has never put you in danger?)

Roxas told Poe that the presidency is not an OJT for a candidate, alluding to her inexperience in government.

In Rappler’s online voting, netizens chose Davao City Mayor Rodrigo Duterte for all the 3 rounds. The second placer was either Santiago (round 1) or Roxas (rounds 2 and 3). Vice President Jejomar Binay was the consistent 5th placer, posting double-digit numbers. – Rappler.com