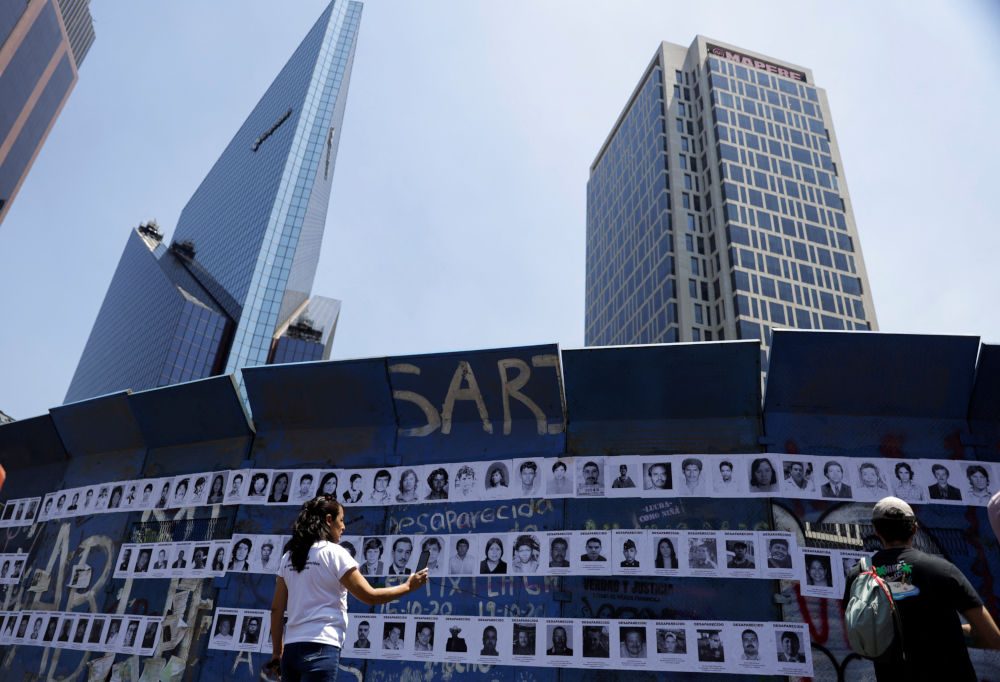 MEXICO'S MISSING. Relatives of missing persons place photographs of their loved ones as they demand the building of a memorial dedicated to all the people that have gone missing in the country, in Mexico City, Mexico on May 15, 2022.

MEXICO CITY, Mexico – The number of people officially listed as disappeared in Mexico has risen to more than 100,000, government data showed on Monday, May 16, as family groups called on authorities to do more to find victims of violence linked to organized crime.

The Interior Ministry’s national registry of missing people dates back to 1964 and is updated periodically. Over the past two years, it has risen from about 73,000 people to more than 100,000, most of them men.

Human rights groups and families of the missing expressed alarm and urged the government to urgently carry out more effective searches and investigations.

“It’s incredible that disappearances are still on the rise,” said Virginia Garay, whose son vanished in 2018 in the Pacific coast state of Nayarit.

Garay now works with other families in a group called Warriors Searching for Our Treasures to try to track down missing loved ones, one of many civil society groups doing such work.

“The government is not doing enough to find them,” she said.

Cases of disappearances have spiked since 2007, after former President Felipe Calderon sent the army into the streets to fight drug traffickers, unleashing a wave of violence that the current administration is still grappling with.

A report last week revealed that cases of missing migrants in Mexico jumped nearly fourfold in 2021 from 2020. – Rappler.com