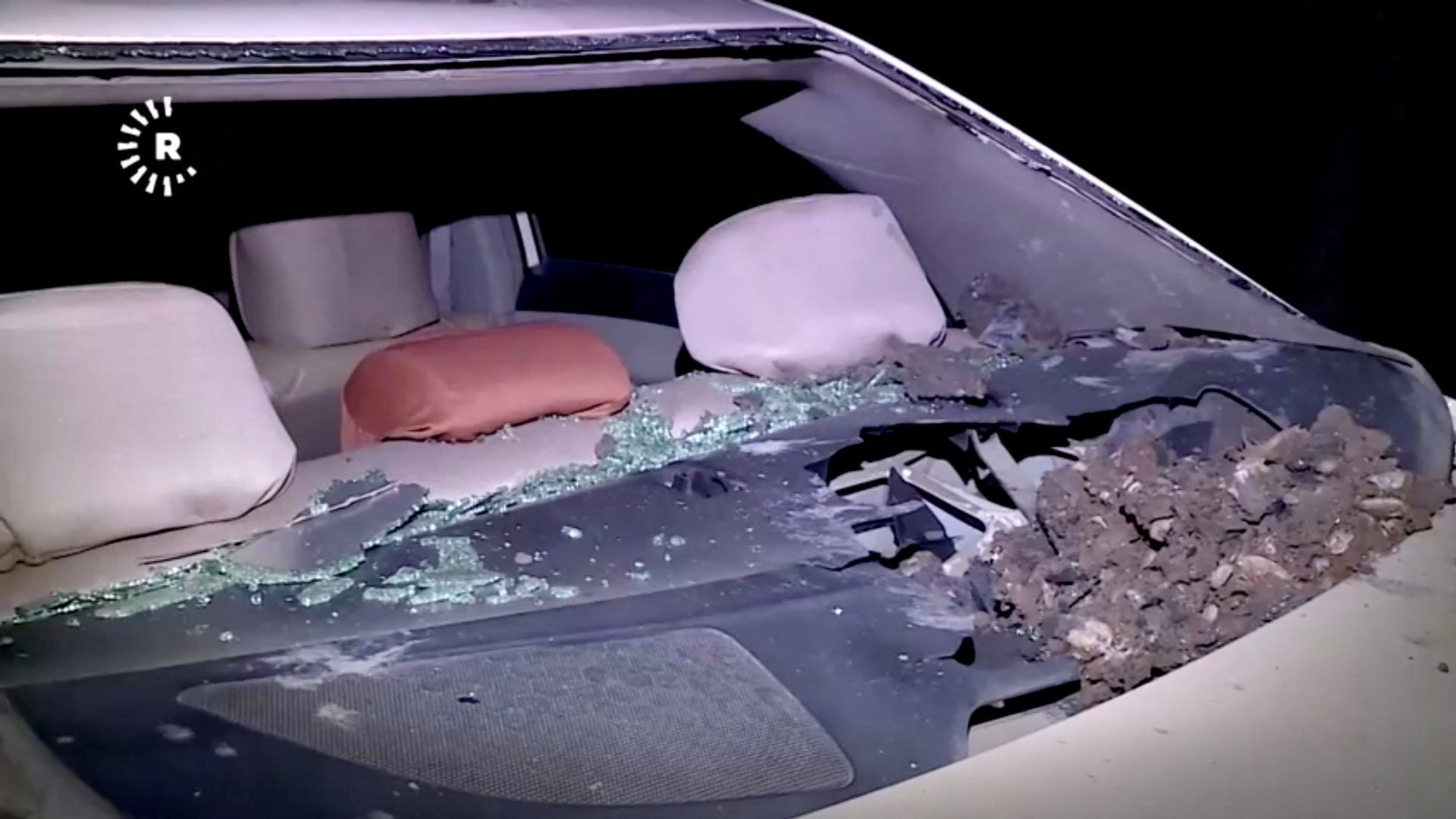 View of a damaged car after ballistic missiles hit Iraq's Kurdish capital Erbil, March 13, 2022 in this still image from video.

ERBIL, Iraq – A dozen ballistic missiles struck Iraq’s northern Kurdish regional capital of Erbil in the early hours of Sunday, March 13, Kurdish authorities said, with a US official blaming Iran for the attack which also targeted the US consulate’s new building.

The missile attack comes as talks to revive the 2015 Iran nuclear deal face the prospect of collapse after a last-minute Russian demand forced world powers to pause negotiations for an undetermined time despite having a largely completed text.

The missiles caused only material damage and one civilian was injured, the Kurdish interior ministry said. An Iraqi security official told Reuters that the missiles were manufactured in Iran.

There was no official claim of responsibility or further details available. An Iranian state-TV correspondent based in Iraq said that the missiles were aimed at “secret Israeli bases.”

The US official who said Iran was responsible did not give further details. Iranian officials have yet to comment.

Separately, US State Department spokesperson called it an “outrageous attack” but said no Americans were hurt and there was no damage to US government facilities in Erbil.

US forces stationed at Erbil’s international airport complex have in the past come under fire from rocket and drone attacks that US officials blame on Iran-aligned militia groups, but no such attacks have occurred for several months.

“It’s premature to point finger of blame at specific party but initial reports show indisputably that it was a cross-border short-range missile attack,” an Iraqi security official, who spoke on condition of anonymity, said.

“Parts of the fired missiles were retrieved and it was manufactured by Iran,” he said.

In another sign of increased regional tensions, Iran also suspended on Sunday a fifth round of talks with regional rival Saudi Arabia that were due to take place in Baghdad on Wednesday.

The last time ballistic missiles were directed at US forces was in January 2020 – an Iranian retaliation for the US killing earlier that month of its military commander Qassem Soleimani at Baghdad airport.

No US personnel were killed in the 2020 attack but many suffered head injuries.

Iraq and neighboring Syria are regularly the scene of violence between the United States and Iran. Iran-backed Shi’ite Islamist militias have attacked U.S. forces in both countries and Washington has on occasion retaliated with airstrikes.

Kurdish officials did not immediately say where the missiles struck. A spokesperson for the regional authorities said there were no flight interruptions at Erbil airport.

Residents of Erbil posted videos online showing several large explosions, and some said the blasts shook their homes. Reuters could not independently verify those videos.

Iraq has been rocked by chronic instability since the defeat of the Sunni Islamist group Islamic State in 2017 by a loose coalition of Iraqi, US-led, and Iran-backed forces.

Since then, Iran-aligned militias have regularly attacked US military and diplomatic sites in Iraq, US and many Iraqi officials say. Iran denies involvement in those attacks. – Rappler.com