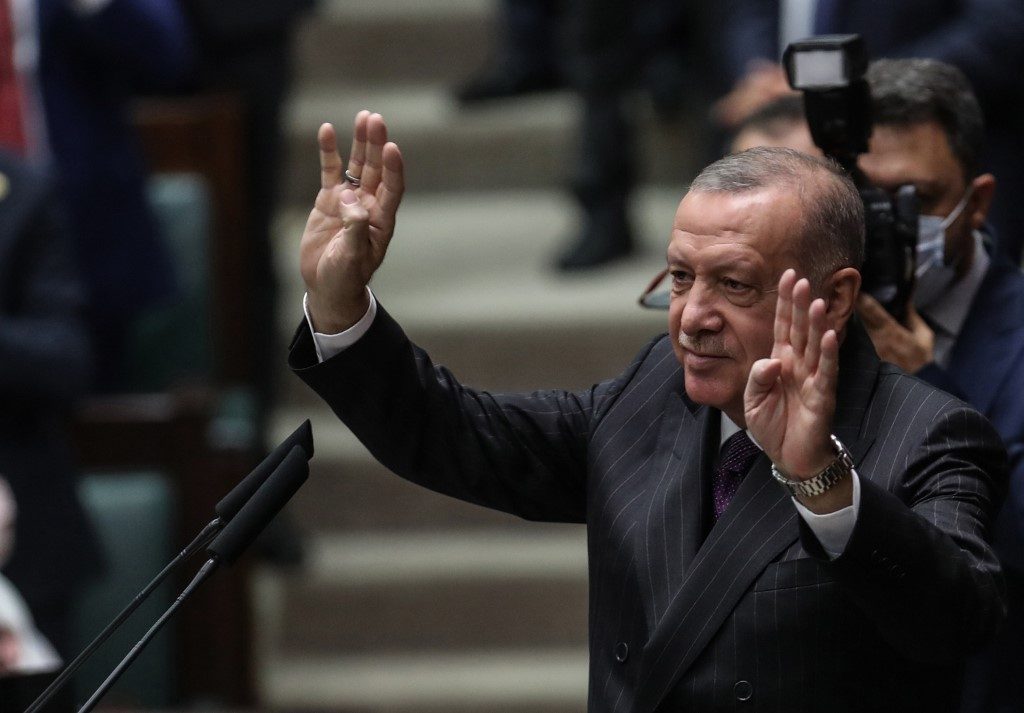 Turkish President and leader of the Justice and Development Party (AK Party) Recep Tayyip Erdogan greets supporters as he arrives to address the AK Party at the Turkish Grand National Assembly in Ankara on October 14, 2020. (Photo by Adem ALTAN / AFP)

The US State Department last week condemned NATO ally Turkey over the test after repeated warnings over possible sanctions if the S-400 system was activated.

“It is true about the tests, they have been done and will continue,” Erdogan told reporters in Istanbul after reports last Friday the Turkish army conducted the test firing of the S-400s. “We’re not going to ask America for permission.”

Erdogan stressed that the US’ opinion on the issue “did not bind” Turkey, adding: “If we’re not going to test what we have in our hands, what else would we do?”

There had been hope in Washington that Ankara would “keep it in the box” but Turkey had always insisted the S-400s would be deployed after their delivery last year.

“We have also been clear on the potential serious consequences for our security relationship if Turkey activates the system,” State Department spokeswoman Morgan Ortagus said last Friday.

But Ankara accuses Washington of failing to sell the competing American Patriots and points to its security needs for purchasing the Russian system.

Turkey faces sanctions under a 2017 law known as CAATSA, which mandates sanctions for any “significant” purchases of weapons from Russia.

Turkey had already been removed from the F-35 fighter jet program over the purchase.

The S-400 tests come at a particularly tense time in Turkey’s relationships with NATO allies, the US, France, and Germany, after Ankara resumed gas exploration this month in waters disputed by another Alliance member, Greece. – Rappler.com