Iran says passengers can sue US for endangering flight An image grab from a video released by state-run Iran Press news agency on July 24, 2020, reportedly shows a passenger with blood dripping on his face, on an Iranian passenger plane after it was intercepted by a US F-15 while flying over Syria. - The US said it had intercepted an Iranian passenger plane as it flew over Syria, after Iranian state television accused Israel of being behind the encounter. The US statement came after an IRIB television channel report aired amateur footage of people on board screaming as the Mahan Air jetliner appeared to change course suddenly, leading to injuries among passengers. (Photo by - / IRAN PRESS / AFP) / RESTRICTED TO EDITORIAL USE - MANDATORY CREDIT - AFP PHOTO / HO / IRAN PRESS" NO MARKETING NO ADVERTISING CAMPAIGNS - DISTRIBUTED AS A SERVICE TO CLIENTS FROM ALTERNATIVE SOURCES, AFP IS NOT RESPONSIBLE FOR ANY DIGITAL ALTERATIONS TO THE PICTURE'S EDITORIAL CONTENT, DATE AND LOCATION WHICH CANNOT BE INDEPENDENTLY VERIFIED - NO RESALE - NO ACCESS ISRAEL MEDIA/PERSIAN LANGUAGE TV STATIONS/ OUTSIDE IRAN/ STRICTLY NI ACCESS BBC PERSIAN/ VOA PERSIAN/ MANOTO-1 TV/ IRAN INTERNATIONAL /

Iran’s judiciary on Saturday, July 25, told passengers aboard an Iranian commercial airliner that the US said was intercepted by its warplanes that they can sue Washington for endangering their lives.

Two US fighter jets flew dangerously close to the Mahan Air plane over war-torn Syria on Thursday, July 23, according to Iranian authorities, forcing the pilot to take emergency action and causing injuries to some passengers.

US Central Command (CENTCOM) insisted in a statement that it was a “professional intercept… conducted in accordance with international standards.”

The incident was the latest between arch-foes Tehran and Washington since US President Donald Trump in 2018 walked out of a multilateral nuclear accord with Iran and imposed punishing sanctions.

“This was a clear violation of international laws and a clear threat to the right of life of citizens so it can be followed up on in international bodies,” he added.

Panic as US jets fly near Iran passenger plane over Syria 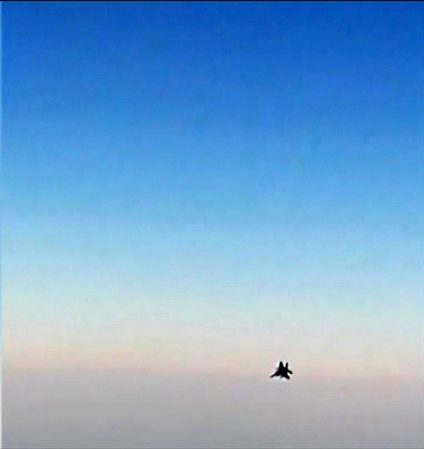 Bagheri-Kani said all the passengers who were on board the flight from Tehran to Beirut could file for legal action against “the terrorist US army command and others involved” in Iranian courts “for moral and physical damage”.

Iran announced on Friday, July 24, that it had lodged a complaint with the ICAO and plans to submit a protest letter to the UN Security Council and secretary general.

The incident comes nearly a month after Iran called on Interpol to help arrest President Donald Trump and 35 other US officials for the January killing of its top general Qasem Soleimani in a drone strike in Iraq.

The Islamic republic retaliated days after the killing by firing a barrage of missiles at US troops stationed in Iraq, but Trump opted against responding militarily to that move.

While the attack on the western Iraqi base of Ain Al-Asad left no US soldiers dead, dozens suffered brain trauma. – Rappler.com