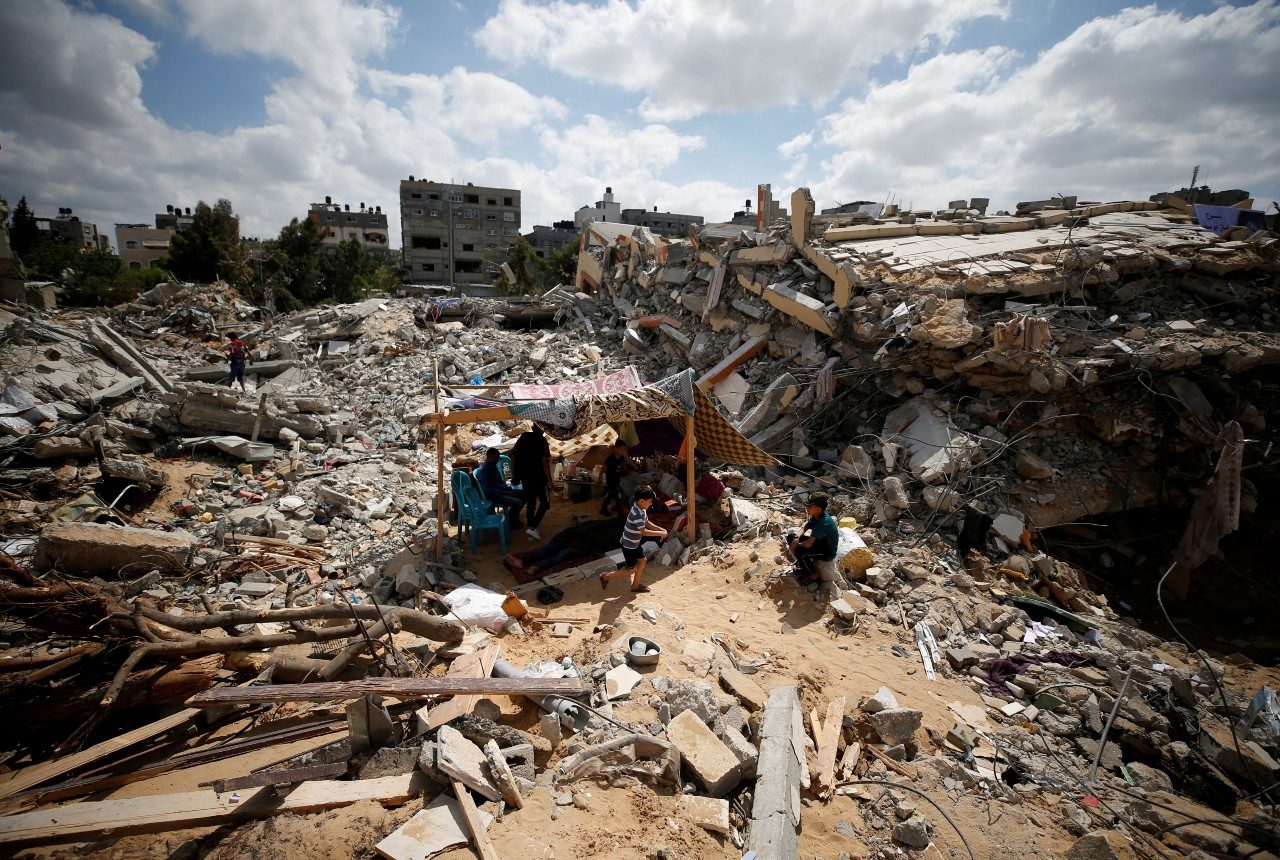 DAMAGE DONE. Palestinians sit in a makeshift tent amid the rubble of their houses which were destroyed by Israeli air strikes during the Israel-Hamas fighting in Gaza on May 23, 2021.

Prime Minister Benjamin Netanyahu hosted Egypt’s intelligence chief and sent Israel’s foreign minister to Cairo on Sunday, May 30, amid efforts to build on a ceasefire reached between Israel and Hamas a week ago that ended the worst violence in years.

Egypt helped broker the truce that has held since May 21, a diplomatic success that thrust it into the spotlight, and is working with the United States and other regional partners to expand it into a more permanent ceasefire.

Netanyahu said his meeting with Abbas Kamel in Jerusalem dealt with regional security issues and ways to prevent Hamas, the Islamist militant group that rules Gaza, from siphoning off civilian aid to strengthen its capabilities. 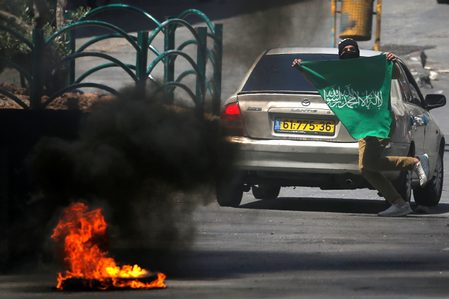 Palestinian officials put reconstruction costs at tens of millions of dollars from Israeli strikes in Gaza, where medical officials said 248 people were killed during 11 days of fighting. Israel is also repairing damage caused by Palestinian rockets and missiles, which killed 13 people in Israel.

Israeli Foreign Minister Gabi Ashkenazi’s trip to Cairo was the first such visit in 13 years. Ashkenazi said he would discuss with Egyptian counterparts “establishing a permanent ceasefire with Hamas,” along with ways to help rebuild Gaza.

Egypt announced on Saturday, May 29, that Foreign Minister Sameh Shoukry would receive Ashkenazi, but did not give further details of the talks.

Both Netanyahu and Ashkenazi said a key aim for Israel was to secure the return of two Israeli civilians and the remains of two soldiers held for years in Gaza. Hamas has refused to hand them over. – Rappler.com