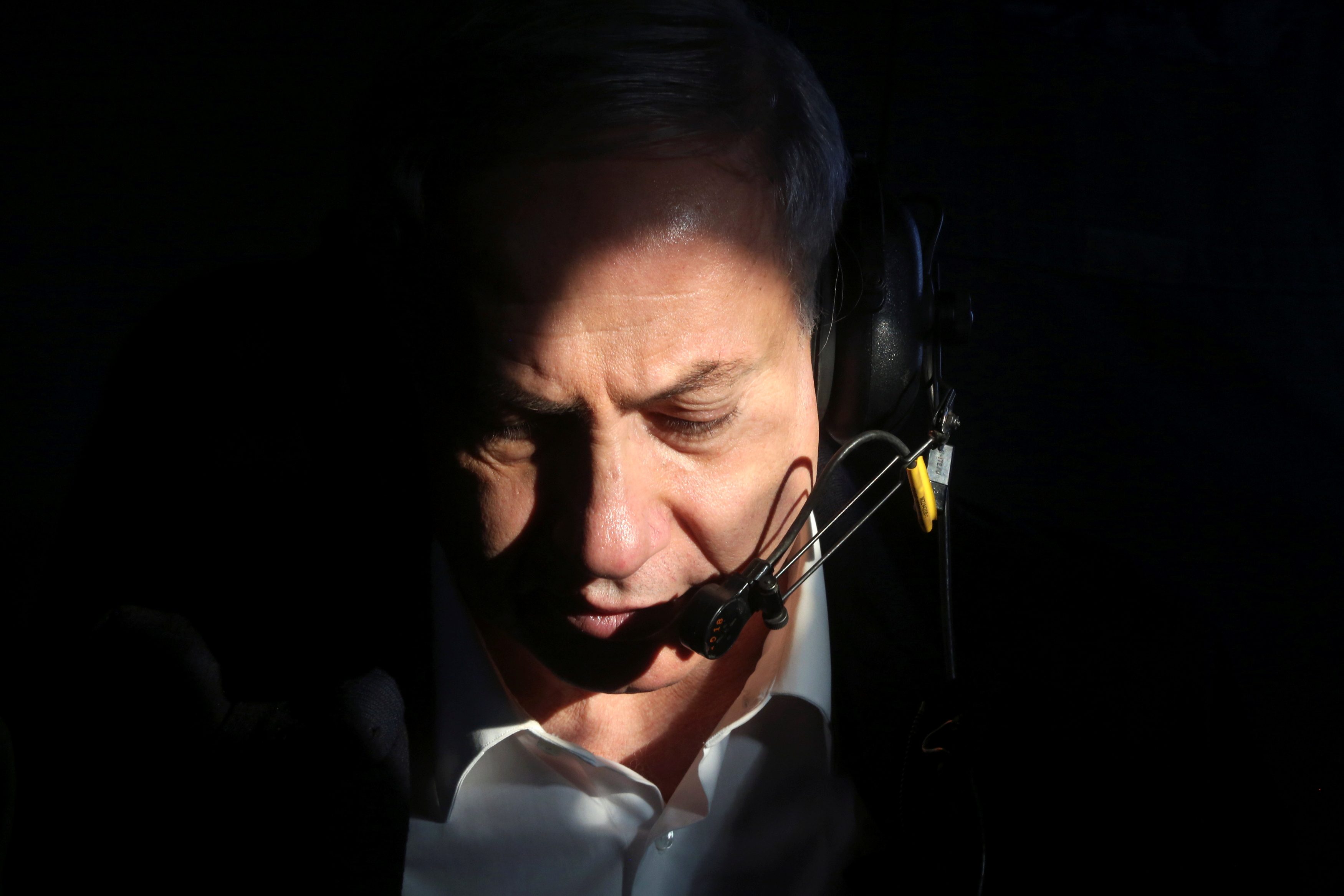 NETANYAHU. Israel's Prime Minister Benjamin Netanyahu sits inside a helicopter during his visit to an area polluted by an oil leak in southern Israel December 9, 2014.

Prime Minister Benjamin Netanyahu’s party on Tuesday, June 1, challenged the legality of a bid by a rival rightist to head a new Israeli government, but the last-gasp attempt at extending his leadership was rejected by President Reuven Rivlin.

Naftali Bennett, Netanyahu’s former defense minister, announced on Sunday he would join a proposed alliance with centrist opposition leader Yair Lapid, serving as its premier first under a rotation deal.

They have until Wednesday midnight (2200 GMT) to present a final pact to Rivlin, who handed Lapid the task of forming a new government after Netanyahu failed to do so in the wake of a close election on March 23.

In a letter to the legal counsels of the presidency and parliament, Netanyahu’s conservative Likud said Lapid was not authorized to cede the premiership to Bennett.

But Rivlin’s office said in response that there was no legal merit to Likud’s claim because Lapid would be sworn in as “alternate prime minister,” second to serve as premier as part of the rotation.

It accepted Likud’s argument that Lapid must provide the president with full details of the new government and not just announce that he has clinched a coalition deal.

The Lapid-Bennett power-share may include other rightist politicians as well as liberal and center-left parties. Israeli media have speculated it could also court parliamentary backing from a party that draws votes from Israel’s Arab minority.

That has prompted Netanyahu to accuse Bennett of imperiling Israel as it contends with internal Jewish-Arab strife over last month’s Gaza conflict, the moribund peace process with the Palestinians, and Iran.

Netanyahu, 71, is the dominant political figure of his generation. He was first elected prime minister in 1996 and he returned to power in 2009, holding the top office for more than a decade. But he also faces a corruption trial for bribery, fraud and breach of trust – charges he denies.

A photo-shopped picture of Bennett in an Arab headdress, circulated on social media, prompted comparisons with attempts to discredit former Prime Minister Yitzhak Rabin, assassinated in 1995 by an ultranationalist opposed to his peacemaking.

Lapid said on Monday that both he and Bennett had been given extra security following threats to their safety. Both have said they want to bring together Israelis from across the political divide and end hateful political discourse.

“A country that is divided and violent won’t be able to deal with Iran or with the economy. A leadership that incites us against one another harms our ability to deal with the challenges we face,” Lapid said. – Rappler.com