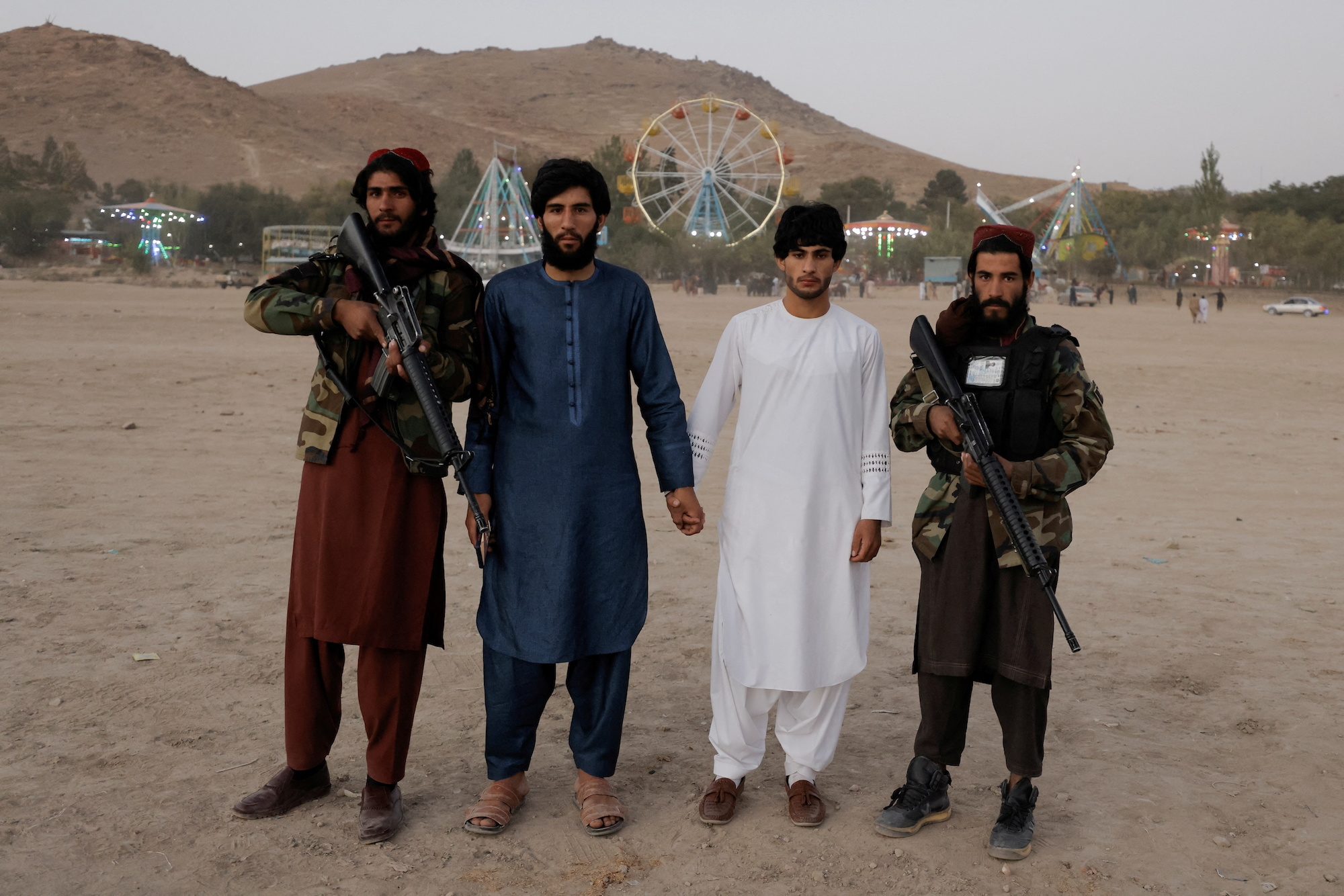 FILE PHOTO: Park visitors pose with Taliban fighters from Wardak province during their first visit to Kabul as they take a day off to visit the amusement park at Kabul's Qargha reservoir, at the outskirts of Kabul, Afghanistan October 8, 2021. Picture taken October 8, 2021. REUTERS/Jorge Silva/File Photo

Facebook Twitter Copy URL
Copied
Most of the fighters had never been to Kabul until the Taliban took control of the capital on August 15, and some were eager to visit the amusement park before returning to duties around the country

KABUL, Afghanistan – Taliban fighters will no longer be allowed to carry their weapons in amusement parks in Afghanistan, the group’s spokesman said on Wednesday, in what appeared to be another effort by the country’s new rulers to soften their image.

Taliban fighters, many of whom have spent most of their lives in a 20-year insurgency against a US-backed government, flocked to amusement parks in Afghan cities in towns after they took over in August.

“Mujahideen of the Islamic Emirate are not allowed to enter amusement parks with weapons, military uniforms and vehicles,” the main Taliban spokesman, Zabihullah Mujahid, said on Twitter.

“(They) are obliged to abide by all the rules and regulations of amusement parks.”

The Taliban earned a reputation as uncompromising and often brutal enforcers of their strict ways then they last ruled, between 1996 and 2001. But since taking over in August, they have tried to present a more moderate face to their fellow Afghans and to the wider world, as an interim cabinet grapples with a looming humanitarian crisis.

Of particular attraction for Taliban fighters was one of Kabul’s largest amusement parks and a waterside park at the Qargha reservoir, in the city’s western outskirts.

Most of the fighters Reuters spoke to then had never been to Kabul until the Taliban took control of the capital on August 15, and some were eager to visit the amusement park before returning to duties around the country.