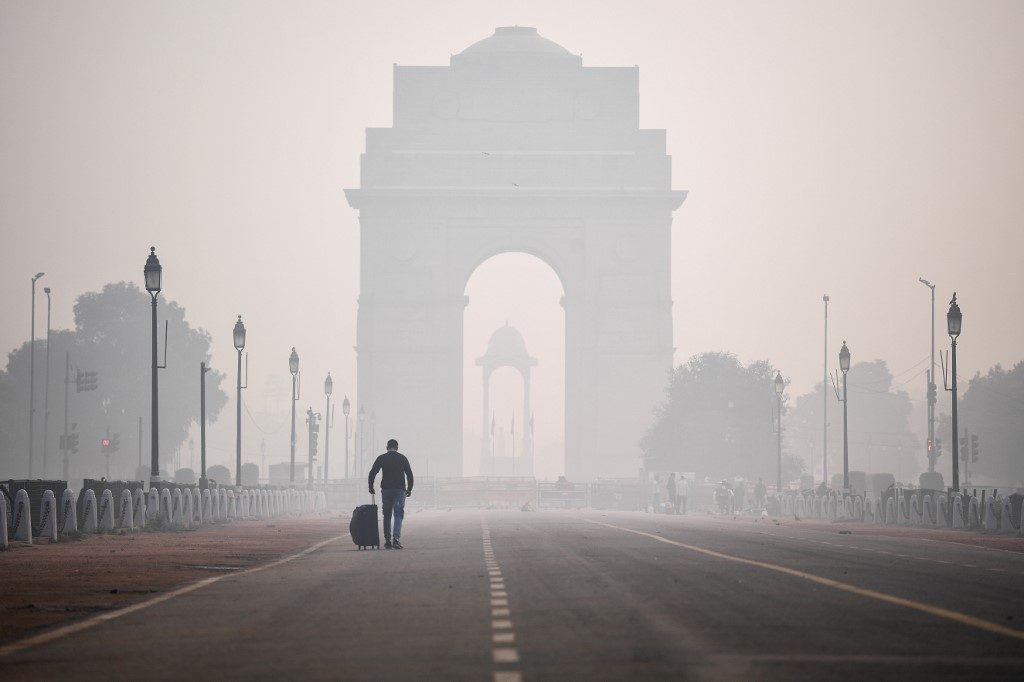 SMOG. A man walks along the Rajpath street near India Gate amid smoggy conditions a day after Diwali, the Hindu festival of lights, in New Delhi on November 15, 2020.

Facebook Twitter Copy URL
Copied
Scientists warn that this year's Diwali celebrations have increased health risks amid crowding at markets ahead of the festival, the cold, and the air pollution

India’s environmental court had imposed a ban to stop millions of the explosives being lighted up to mark the Hindu Festival of Light, stressing that residents were already reeling from the impact of the coronavirus pandemic and the pollution crisis that arises every winter.

But the sound of firecrackers regularly was heard in the city of 20 million people late Saturday, November 14, and sporadically on Sunday.

“The overall air quality of Delhi is in the Severe category as of today morning,” the state-run System of Air Quality Weather Forecasting and Research (SAFAR) said Sunday.

But the meteorological body added that wind speeds in the capital were picking up on Sunday, helping to clear the choking air, while “isolated scattered rainfall” later in the day was also expected.

Delhi is infamous as having some of the world’s dirtiest air, with cracker smoke mingling with car exhaust, factory emissions, construction dust and crop stubble burning from nearby states turning the winter air into a putrid grey-yellow.

Scientists have also been warning that this year’s Diwali celebrations have increased health risks amid crowding at markets ahead of the festival, the cold and the air pollution, which studies have linked to increased coronavirus deaths.