Facebook Twitter Copy URL
Copied
The Taliban have disowned responsibility for the disorder at the airpor, saying the West could have had a better plan to evacuate

About 12,000 foreigners and Afghans working for embassies and international aid groups have been evacuated from Afghanistan since Taliban insurgents entered the capital, Kabul, a NATO (North Atlantic Treaty Organization) official said on Friday, August 20.

“The evacuation process is slow, as it is risky, for we don’t want any form of clashes with Taliban members or civilians outside the airport,” the official, who sought anonymity, told Reuters.

Amid chaos and reports of Taliban violence, Western nations have struggled to ramp up the pace of evacuations since the Islamist movement’s lightning takeover just a week ago.

The Taliban have disowned responsibility for the disorder at the airport, besieged by thousands desperate to flee, saying the West could have had a better plan to evacuate.

At least 12 people have been killed in and around the airport since Sunday, NATO and Taliban officials have said, as gun-toting Taliban around it urged those without travel documents to go home. 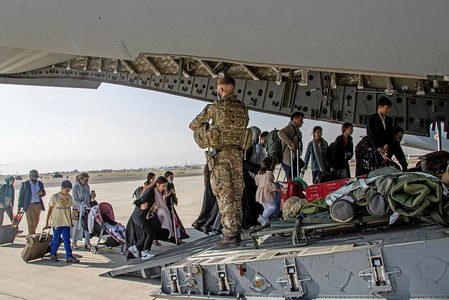