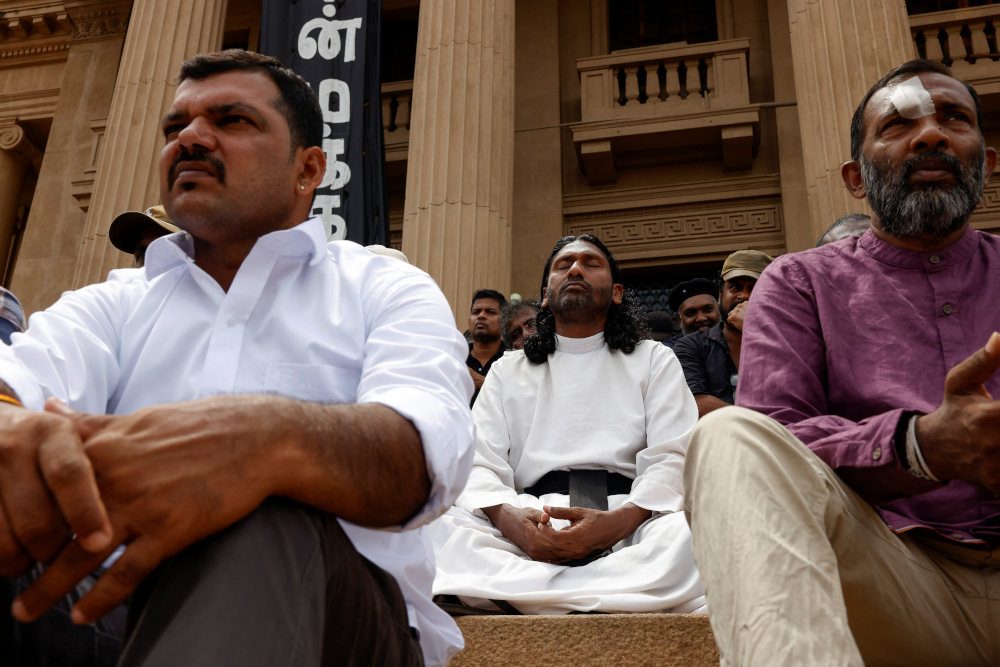 SRI LANKA VOTES. Demonstrators watch a public screen as voting begins to elect the new president at the parliament, amid the country's economic crisis, in Colombo, Sri Lanka July 20, 2022.

Facebook Twitter Copy URL
Copied
(1st UPDATE) The win for Ranil Wickremesinghe could lead to more demonstrations by people furious with the ruling elite after months of severe shortages of fuel, food and medicines

COLOMBO, Sri Lanka – Sri Lankan lawmakers voted acting President Ranil Wickremesinghe as the new president on Wednesday, July 20, hoping he would pull the country out of a crippling economic and political crisis.

“Ranil Wickremesinghe has been elected as the eighth executive president under the constitution,” the secretary general of parliament said after counting finished.

The win for Wickremesinghe, opposed by many ordinary Sri Lankans, could lead to more demonstrations by people furious with the ruling elite after months of severe shortages of fuel, food and medicines, several protesters have said.

The other main candidate, ruling party lawmaker Dullas Alahapperuma, was more acceptable to the protesters and the opposition but did not have any top-level governance experience in a country with barely any dollars for imports and desperately in need of an IMF bailout.