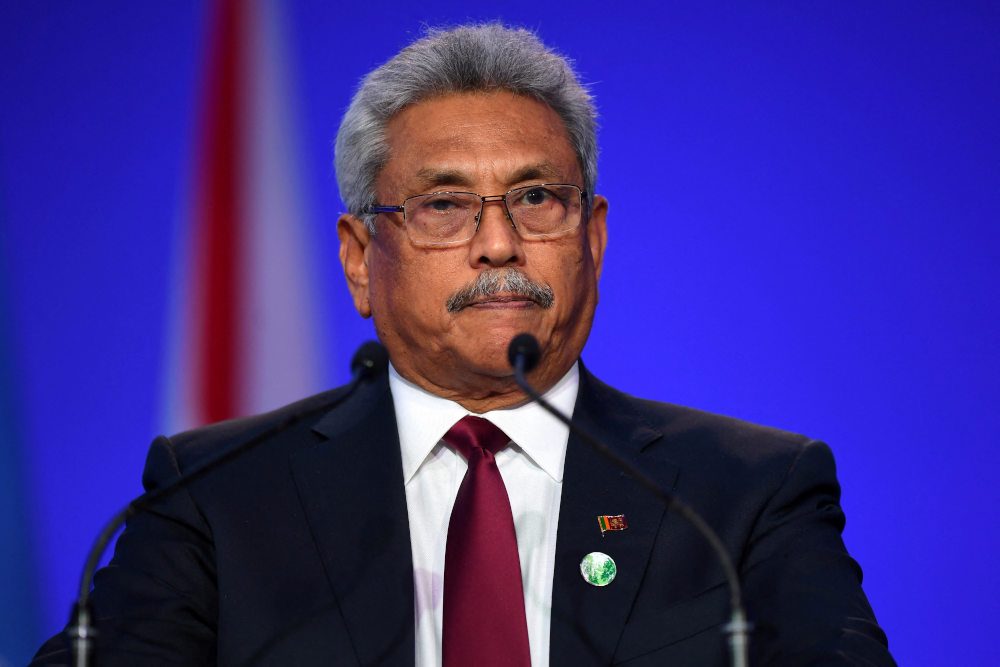 GOTABAYA RAJAPAKSA. Sri Lanka's President Gotabaya Rajapaksa presents his national statement as a part of the World Leaders' Summit at the UN Climate Change Conference in Glasgow, Scotland, on November 1, 2021.

Sri Lanka’s ousted President Gotabaya Rajapaksa was provided on Saturday, September 3, with an official residence and security by the government after he returned to the country he had fled in July during economic unrest, two senior officials said.

Rajapaksa fled in the early hours of July 13 after massive protests engulfed Colombo and demonstrators enraged with the economic devastation stormed his official residence and office.

He resigned after arriving in Singapore and later traveled to Thailand.

A Sri Lanka government spokesperson and the president’s office did not immediately reply to emails seeking comment on Rajapaksa’s return.

The former president met with a group of ruling party members and lawmakers at the airport early on Saturday before being whisked to the residence allocated by the government.

A senior official said Rajapaksa has not indicated his plans.

“What he told us last night was that he needs some time as he wasn’t even allowed to step out of his room due to security reasons,” one official said, adding Rajapaksa had not been allowed to go to the gym.

“Once he has spent some time at home he will let us know what he wants to do,” said the official, who asked not to be named.

Sri Lanka, grappling with one its worst economic crisis since independence, this week reached a staff level agreement with International Monetary Fund for a loan of $2.9 billion. – Rappler.com