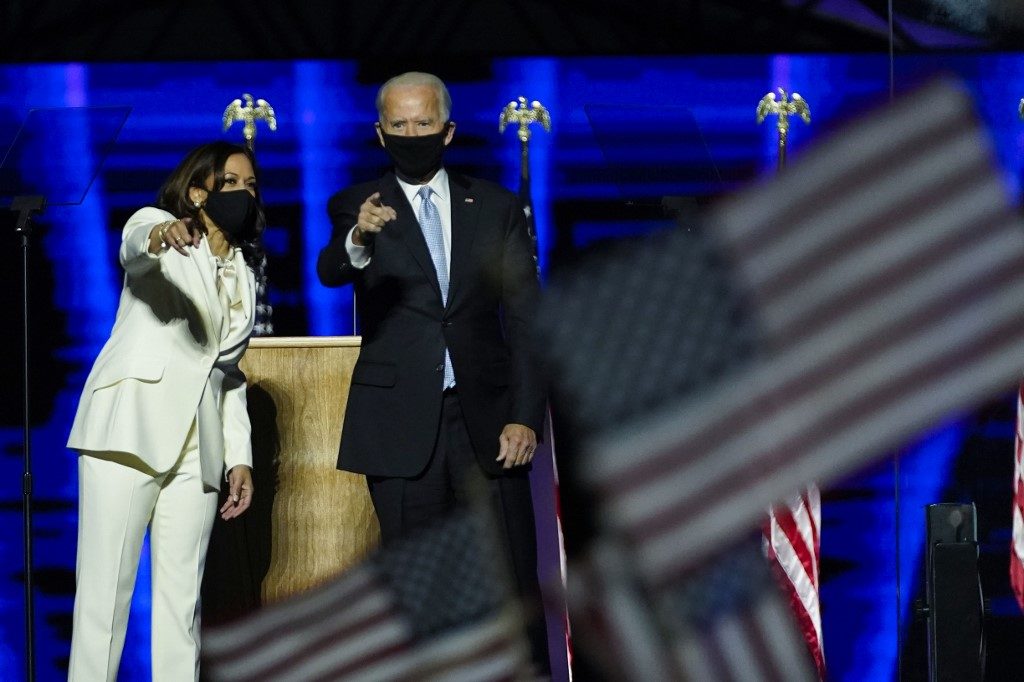 President-elect Joe Biden vowed Saturday, November 7 to name a group of top scientists to his coronavirus task force on Monday – as the United States registered a weekend record of new daily cases.

After 3 days of record highs, 122,075 new cases were recorded over 24 hours, according to Johns Hopkins University, a record in itself for a weekend.

Another 991 deaths were added to the fast-growing toll of victims, which now stands at 237,016.

“On Monday I will name a group of leading scientists and experts as transition advisors to help take the Biden-Harris plan and convert it into an actual blueprint that will start on January 20, 2021,” Biden told supporters.

The pledge came in his first speech since being projected as the winner of the presidential election, signaling that he plans to prioritize the pandemic from the outset.

The US is the world’s hardest hit country in terms of deaths and total infections, which now stand at more than 9.8 million.

The outbreak has been surging for weeks in almost every part of the country, with the Midwest suffering the worst effects.

Cases are expected to surge further as the country moves into winter and people switch to socializing indoors, prime conditions for spreading the virus.

Biden has placed his pandemic response plan at the center of his appeal to the American people, repeatedly rebuking President Donald Trump for grossly mishandling the public health response.

He was rewarded Saturday with victory over his election rival after a tense 4 days of ballot counting. – Rappler.com