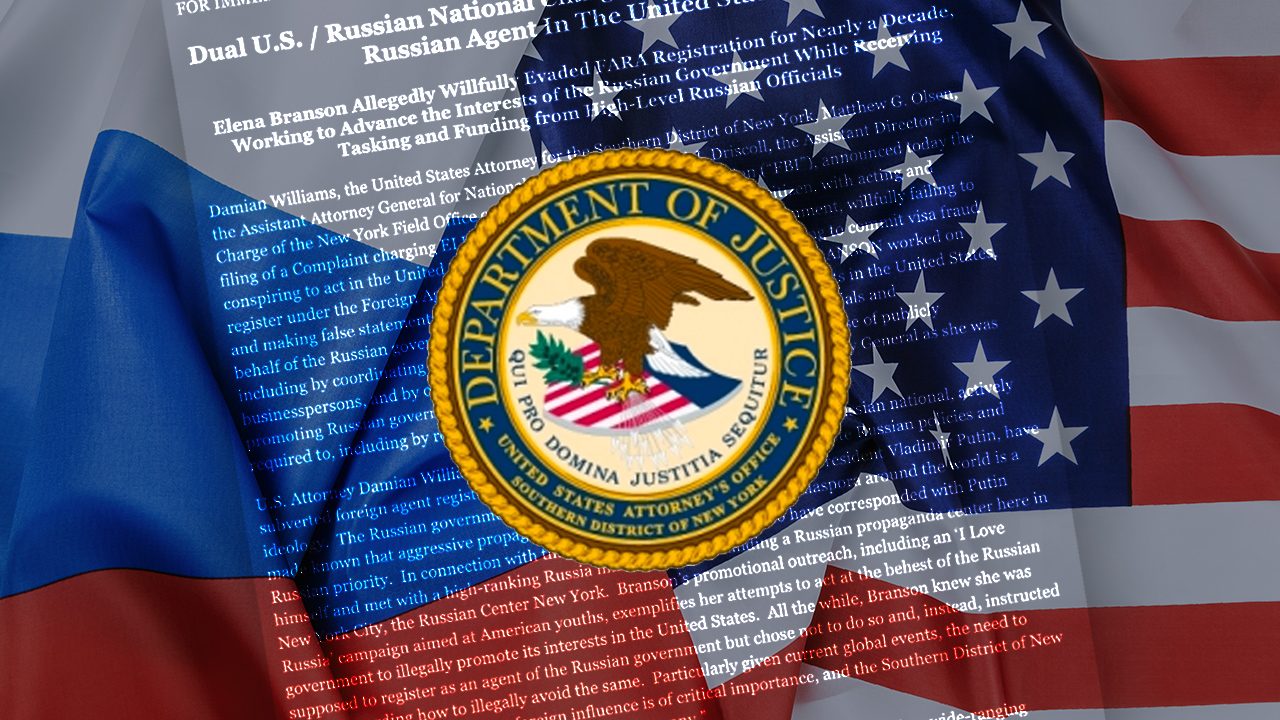 NEW YORK, USA – A dual national of the United States and Russia who ran an “I Love Russia” influence campaign has been charged with acting illegally as an unregistered agent of the Russian government, federal prosecutors in New York said on Tuesday.

Elena Branson, 61, faces six criminal counts over allegations by prosecutors that she failed to register with the US government as a foreign government agent and participated in a visa fraud conspiracy. She left the United States for Russia in 2020 and remains at large, prosecutors said.

The charges coincide with the United States seeking to put Russia under pressure with economic sanctions because of its invasion of Ukraine.

“Particularly given current global events, the need to detect and hinder attempts at foreign influence is of critical importance,” Damian Williams, the US Attorney in Manhattan said in a statement.

Prosecutors said Branson received tens of thousands of dollars in funding from the Russian government to run an organization named the Russian Center New York, which organized the “I Love Russia” campaign in the United States and promoted Russian history and culture to U.S. youth.

The organization also lobbied officials in the state of Hawaii to not change the name of a formerly Russian fort on the island of Kauai, and organized a trip for Hawaiian officials to Moscow to meet with Russian counterparts, prosecutors said.

Such activity is not by itself illegal, but US lobbyists for foreign governments are required to disclose their affiliation to the US Department of Justice (DOJ).

Prosecutors said Branson told the FBI during a September 2020 interview that she had never been asked by Russian officials to coordinate meetings with US officials, and left for Russia shortly thereafter. – Rappler.com