Supporters of US President Donald Trump use their phones during a rally in front of Cuban restaurant Versailles in Miami, Florida on early November 4, 2020. (Photo by Eva Marie UZCATEGUI / AFP)

Facebook Twitter Copy URL
Copied
Trump won Florida because of his anti-communist rhetoric and also because of his popularity among rural whites, experts say

President Donald Trump’s big win in Florida owes much to his strident denunciation of leftist governments in Latin America, which resonated loud and clear with conservative Hispanics in the southeastern state.

In Florida, this demographic is led by Cubans who loathe the communist government in Havana, against which Trump adopted a hard line during his presidency and the campaign for the White House.

The state famous for its tight presidential races was seen as critical to Trump’s reelection bid against Democrat Joe Biden.

Outside the famous Cafe Versailles, a popular Spanish song urging people to vote for Trump rang out.

“Freedom for Cuba!” one woman shouted as TV crews filmed her.

“The Democrats lost the Hispanic vote. Not just among the Cubans. Also the Venezuelans, Argentines, Bolivians, Colombians. They are all pro-Trump here,” said Eduardo Gamarra, a professor of political science at Florida International University (FIU).

Anti-racism protests that swept America after the police killing of George Floyd in May did not persuade Florida Latinos to vote for Biden – who unlike Trump supports the Black Lives Matter movement – as they do not identify with Blacks in the United States, Gamarra said.

Trump holds off Biden blue wave in nail-biting US election 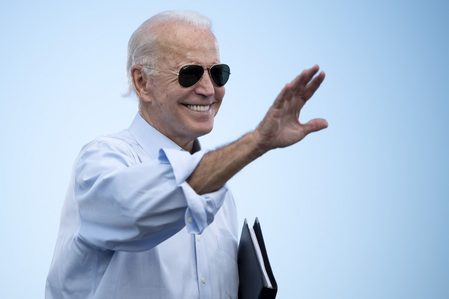 South Americans living in Florida tend to come from the middle and upper class in their home countries, the scholar said.

“But Latinos in the rest of the country have a different image of themselves because of their social origin, and are more committed to the debate on civil rights,” he said.

According to Gamarra, Black Lives Matter actually hurt Biden among Latinos in the Sunshine State.

‘Praying’ for Trump to win

Take Carlos Rizo, a Cuban who was watching the election returns at home and “praying” for Trump to win.

He said Black Lives Matter is a leftist ploy to undermine democracy – an opinion not uncommon among the state’s Latinos.

“Everybody knows what Black Lives Matter is and what they have provoked,” Rizo, a 53-year-old truck driver, told Agence France-Presse.

He said BLM and the loose leftist grouping called Antifa were used by the Democrats “to create panic and terror.”

Jorge Duany, head of the Cuban Research Institute at FIU, said it’s not just Hispanics – they make up 20% of the electorate in the Sunshine State – that fueled Trump’s win.

You can win without them if you capture the support of rural Floridians, Duany said.

But the “tight relationship” Trump cultivated with the Cuban and Venezuelan communities in Miami yielded good results, he said.

“Those two groups are not decisive when it comes to the overall win but they must have tipped the balance in Trump’s favor,” said Duany.

Biden was slow to campaign in Florida and slow to react to Trump’s depiction of him as the face of the far left who would usher in socialism in the US, he added. – Rappler.com