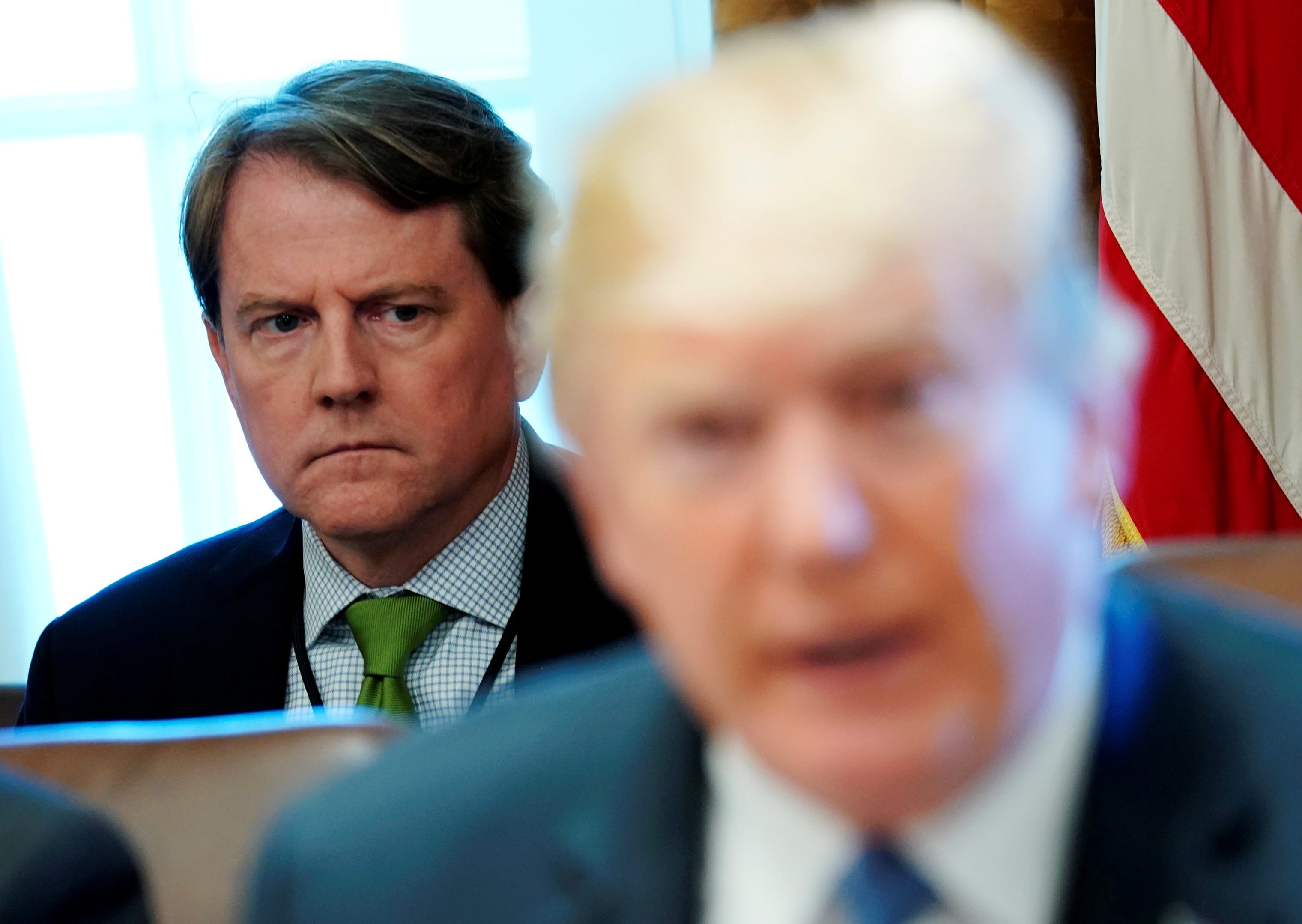 President Donald Trump’s ex-White House counsel Don McGahn “shed new light” on the investigation into Russia’s role in the 2016 US elections and the pressure the lawyer was under to stymie the federal probe, congressional Democrats said on Friday, June 2.

McGahn, who served as Trump’s presidential lawyer for nearly two years before resigning in October 2018, testified in a day-long, closed-door session before the US House of Representatives Judiciary Committee.

McGahn appeared under a subpoena issued about two years ago to testify as the committee was looking into allegations of wrong-doing by Trump. Late in 2019, the House voted to impeach Trump on charges of abuse of power and obstruction of Congress. He was acquitted by the Senate, then under Republican control.

A transcript of McGahn’s testimony is due to be made public in coming days. Under an agreement with the Department of Justice, Judiciary Committee members declined to provide specifics of what he said before then.

“The expectation was that Don McGahn would be some sort of essential witness bringing new information worthy of years of litigation and countless taxpayer dollars spent,” Gaetz said of Democrats.

Representative Madeleine Dean, a senior Judiciary Committee Democrat, told reporters McGahn “brought to life the pressure he was under, the pressure that other aides were under by the president to direct Rod Rosenstein to oust special counsel (Robert) Mueller.”

At the time, Rosenstein was serving as deputy attorney general and Mueller was probing Trump and his 2016 presidential campaign.

After a lengthy investigation, Mueller found “numerous links” between the campaign and the Russians and concluded the campaign “expected it would benefit” from Moscow’s effort to tilt the vote in Trump’s favor. But Mueller said such interactions either did not amount to criminal behavior or would be difficult to prove in court. – Rappler.com