Facebook Twitter Copy URL
Copied
Founded in 2000, the Bill & Melinda Gates Foundation has become one of the most powerful and influential forces in global public health

The Gates Foundation said Melinda French Gates and Bill Gates, in the midst of a high-profile divorce, will continue to work as co-chairs for a two-year trial period and after that time if the arrangement unravels, she would step down.

The contingency plan for one of the world’s largest philanthropic foundations was announced by Chief Executive Officer Mark Suzman, a move that would ensure a successful transition for the foundation that has spent over $50 billion in the past two decades toward combating poverty and disease.

If Melinda resigns after two years, she would receive personal resources from Bill for her philanthropic work, which would be completely separate from the foundation’s endowment, the foundation said in a blog post on Wednesday.

Bill will then assume the full stewardship of the foundation, which the couple had often referred to as their “fourth child.”

Melinda and Bill in May filed for divorce after 27 years of marriage, but pledged to continue their philanthropic work together. The foundation said the controlling billionaire benefactors, Bill and Melinda, will contribute $15 billion, their single largest contribution since 2000, bringing the total endowment to about $65 billion.

It also said it will expand the number of trustees to oversee the work and intends to finalize decisions by the end of the year and announce the new trustees in January 2022.

Founded in 2000, the Bill & Melinda Gates Foundation has become one of the most powerful and influential forces in global public health. The foundation last year committed some $1.75 billion to COVID-19 relief. 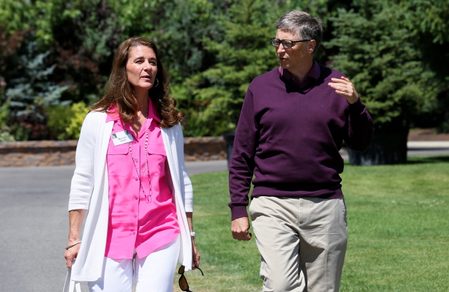 Wednesday’s announcement also comes after billionaire investor Warren Buffett in June said he was resigning as a trustee of the foundation, and had donated half his wealth to philanthropy since pledging 15 years ago to give away his fortune from running Berkshire Hathaway Inc.

Buffett did not explain why he was resigning, but noted that he had given up all directorships outside Berkshire, reducing his workload. – Rappler.com