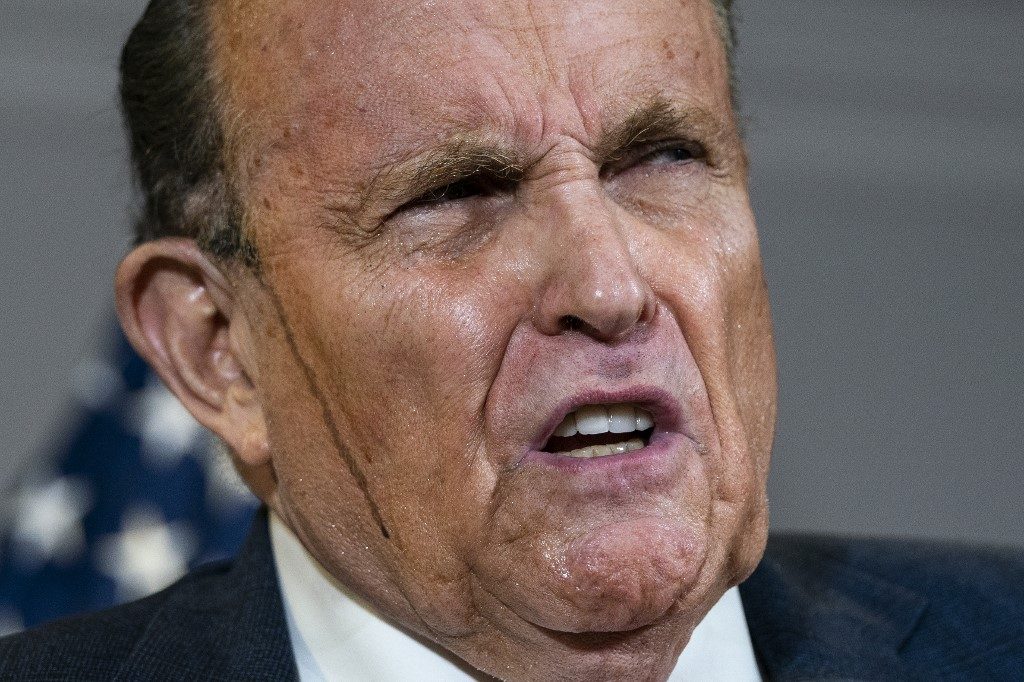 GRIMACE. Rudy Giuliani speaks to the press about various lawsuits related to the 2020 election, inside the Republican National Committee headquarters on November 19, 2020 in Washington, DC. 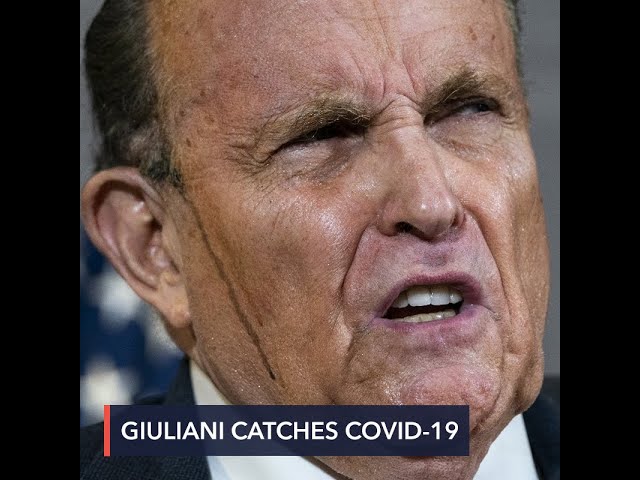 Donald Trump said Sunday, December 6, his personal lawyer Rudy Giuliani has tested positive for COVID-19, the latest member of the president’s inner circle – where mask wearing is rare – to contract the disease.

The 76-year-old former New York City mayor’s age puts him in a high-risk group, and the New York Times and ABC reported he was hospitalized on Sunday in Washington as the US faces a record surge in coronavirus cases.

Giuliani’s diagnosis comes after he has been crisscrossing the country, leading the president’s defiant – and unsuccessful – effort to undo Joe Biden’s victory in the November 3 presidential election.

During his travels, Giuliani has been seen frequently without a mask: on Wednesday, he was at the Michigan state assembly in Lansing with his face uncovered for a hearing that lasted more than 4 hours.

On Thursday, CNN showed footage of him in Atlanta walking maskless down a hall chatting with several other people whose faces were uncovered.

“Giuliani, by far the greatest mayor in the history of NYC, and who has been working tirelessly exposing the most corrupt election (by far!) in the history of the USA, has tested positive for the China Virus,” Trump tweeted, using a term he applies to the coronavirus widely decried as racist and fanning conspiracy theories.

“Get better soon Rudy, we will carry on!!!” the president added.

A few hours earlier, Giuliani was interviewed live on Fox News and showed no signs of the disease.

The diagnosis was also a day after Trump, who long played down the severity of the pandemic and even mocked those who wore masks, held his first big political rally since the election – before a tightly packed crowd of thousands of largely unmasked supporters in Georgia.

“I hear community members…parroting back that masks don’t work,” she told NBC’s “Meet the Press.”

The United States – the country with the most coronavirus cases and deaths in the world – has seen a dramatic resurgence in its epidemic in recent weeks.

For the third day in a row, the United States on Saturday notched a record number of coronavirus cases in 24 hours, reaching nearly 230,000 new infections, according to a tally by Johns Hopkins University.

A series of members of Trump’s inner circle have contracted the disease since the president himself caught it weeks before the election.

They include his wife Melania, his son Donald Jr., his son Barron, his press secretary, some of his advisors, his campaign manager, as well as several Republican members of Congress.

Many of them, including Giuliani, followed Trump’s example, often ignoring health experts’ guidance and attending White House and political events without masks.

David Gergen, a senior advisor in 4 US administrations, noted on CNN that while dozens of people around Trump had now contracted the virus, only one or two in Biden’s camp had done so.

The lesson, Gergen said: “The cavalier attitude taken by the Trump people is only going to get you closer to catching this stuff…