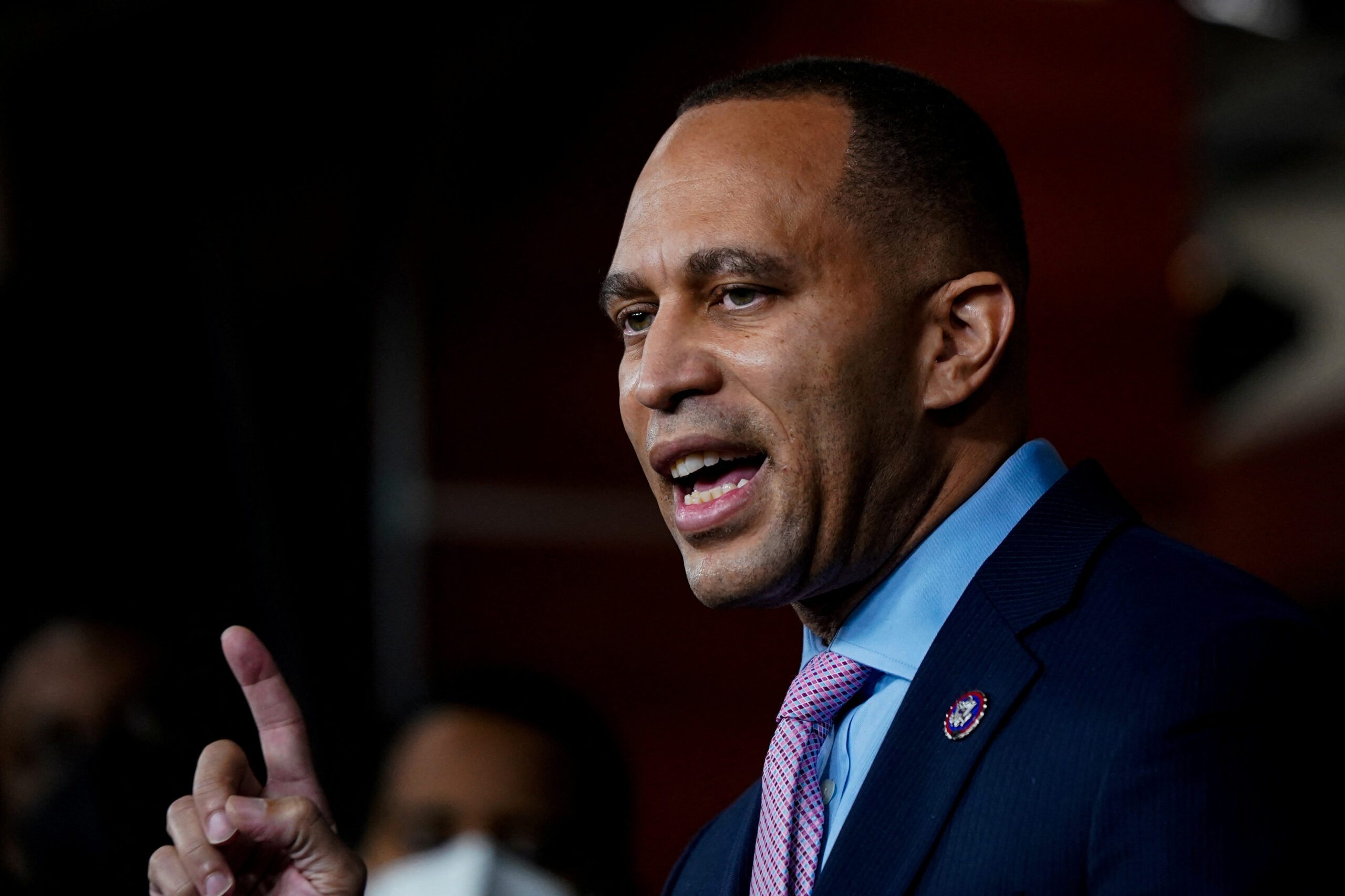 WASHINGTON – US congressman Hakeem Jeffries on Friday, November 18, formally launched a bid to become the Democratic leader in the House of Representatives, a day after Speaker Nancy Pelosi announced she was giving up her leadership role.

If he wins the November 30 House Democratic leadership election, Jeffries would become the first Black lawmaker to head a party caucus in Congress. Jeffries, at age 52 three decades younger than Pelosi, would embody not only the party’s diverse voter base but also a new generation of leadership in the House.

Pelosi’s decision to step down after two decades leading the House Democratic caucus came a day after Republicans cemented a narrow majority in the chamber and prepared to name a speaker from their own party.

If he gets the job, Jeffries would have to navigate not only the responsibilities of being the head of a minority party in the chamber – balancing when to cooperate with Republicans and when to defend President Joe Biden’s agenda – but also the delicate task of keeping his fellow Democrats on the same page. One of the trickiest challenges could be easing tensions between the party’s centrists and its restive left flank.

The often-reserved Jeffries – known as “Kool Ha” by college fraternity brothers for his measured speaking style, according to the Almanac of American Politics – put on a more pugilistic display at a news conference this week. He lashed out at what he called “extreme MAGA Republicans” taking control of the House – a reference to Republican former President Donald Trump’s “Make America Great Again” slogan.

Republicans will formally take control of the House in January after picking up enough seats in last week’s midterm elections to erase a narrow Democratic majority.

Jeffries announced his bid in a letter released by his office, saying: “I write to humbly ask for your support for the position of House Democratic Leader as we once again prepare to meet the moment.” No challengers to Jeffries have yet emerged.

Some fellow Democrats already have applauded Jeffries for reaching out to the various wings of the party.

“He is going to be a consensus builder. He’s not in one camp or the other,” said California Democratic Representative Ro Khanna, a progressive.

Khanna said in a telephone interview that Jeffries approached him several times to discuss tech issues. Khanna said the two have talked about cryptocurrency and an “internet bill of rights.”

“It will give us a chance for a Raskin, a Neguse, an AOC, Spanberger, Slotkin to really shine,” Khanna said of influential Democratic Representatives Jamie Raskin, Joe Neguse, Alexandria Ocasio-Cortez, Abigail Spanberger and Elissa Slotkin.

Pelosi made history as the first woman to lead a party in either chamber of Congress and to serve as speaker. Becoming minority leader could set Jeffries on a path to become the first Black speaker – if the Democrats manage to regain a House majority.

Jeffries, who has long worked to position himself for the top leadership post, was first elected to Congress in 2012, having previously served in the New York state legislature, where he worked on affordable housing issues and fought against some aggressive policing practices.

In Congress, he served in 2020 as one of the House managers handling the prosecution of then-president Donald Trump in a Senate trial following the first of two impeachments.

Jeffries led a bipartisan effort on criminal justice policy that led to the 2018 passage of a law restructuring sentencing procedures for certain drug offenses and increasing educational and vocational funding for prisoners to help reduce repeat-offender rates.

If Jeffries wins, Democrats would be placing party power in Congress in the hands of New Yorkers. Senate Majority Leader Chuck Schumer represents the state and Jeffries represents a congressional district in New York City spanning parts of Brooklyn including the historically Black Bedford-Stuyvesant neighborhood.

While he is a member of the Congressional Progressive Caucus – which includes many of the party’s lawmakers on the left – Jeffries at times has had strained relations with some progressives, uneasy over his ties to corporate America. Earlier in his career, he did work for corporate clients as a lawyer at a New York law firm.

He won re-election in his House district last week with 72% of the vote.

While Pelosi and the current No. 2 House Democrat Steny Hoyer are giving up their leadership posts, 82-year-old congressman James Clyburn said he would seek to remain in the House Democratic leadership. – Rappler.com