Is Trump mounting a coup – or just putting on a circus? 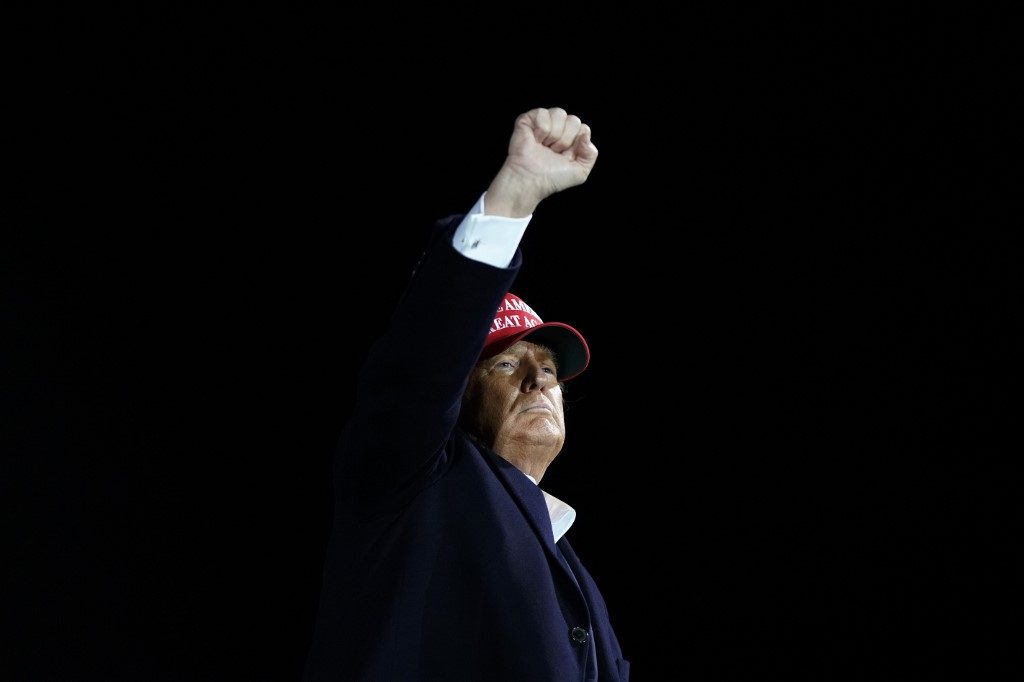 Is President Donald Trump’s unprecedented assault on the US election results a coup in progress – or mere political show?

In this golden age of conspiracy theories, few can agree.

Ostensibly, Trump is exercising his right to complain that the count showing Democrat Joe Biden with a solid if close win was wrong. “Rigged Election!” he tweeted in his latest broadside Thursday.

But the president is not making much sense.

Plenty of US elections have been as close as his November 3 loss – or closer – and no incumbent ever alleged that his victory was stolen or refused to concede. US elections just don’t have those kinds of problems.

More than a week after Election Day, not a single piece of credible, significant evidence of fraud has been provided.

So what’s really going on?

For some, Trump is finally showing his true authoritarian colors.

This is a president who openly admires the likes of President Vladimir Putin, the king of warping democratic institutions to award himself power. Now, the theory goes, he’s following suit.

But what if Trump is more slipshod showman than Machiavellian mastermind?

If his team’s embarrassing courtroom failures and a bizarre press conference by his fixer Rudy Giuliani at a Philadelphia gardening center called Four Seasons Total Landscaping are anything to go by, that may be the more logical answer.

Still, when Trump fired his relatively independent-minded defense secretary Mark Esper on Monday, and then several other high-ranking officials, blood pressure levels shot up among those already on edge.

Barr is “permitting the department to be weaponized to try to overturn the results of this election,” wrote former senior Pentagon lawyer Ryan Goodman and Andrew Weissmann, who was part of the special counsel’s team investigating Trump’s Russia links, in The Washington Post.

In the most extreme scenario, some warn of a coup within the Electoral College.

This is the mostly symbolic body comprised of representatives sent from each state to elect presidents on the basis of the popular vote.

What if Republican state legislatures managed to send hand-picked electors who would ignore the vote and choose Trump instead?

The doomsday scenario is being widely discussed in the media but appears far-fetched in real life.

“To begin with, even talk of doing so would trigger massive unrest and put legislators under unprecedented pressure,” wrote Richard Hasen, a law professor at the University of California.

But given the high stakes, nerves are jangled.

And Secretary of State Mike Pompeo’s odd comment on Tuesday that the government is preparing for “a second Trump term” didn’t help.

The alternate theory is that Trump is just being Trump – the perpetual performer who can’t stand being out of the limelight and will leave the stage only after putting on the show of his life.

Even though he came second, Trump got more than 72 million votes and that huge fan base is famously loyal.

According to a Politico/Morning Consult poll, an amazing 70% of Republicans don’t think the election was free and fair – testimony to the power of Trump’s persuasion.

So it would make sense for a man whose brand rests heavily on macho concepts about “fighting” and “winning” to go down in the way his followers expect.

Beyond putting on a political circus, Trump may have more personal goals: his financial and career future.

At an energetic 74 and in possession of a gigantic database of voter information, Trump clearly has options beyond quietly curating a presidential library.

One clue lies in his frantic appeals for money.

Read the fine print in Trump’s “Official Election Defense Fund” mass emails and it becomes apparent that donations won’t only go to fighting the “left-wing MOB.”

A hefty portion is being directed to paying off Trump’s 2020 campaign debt and more is going to a newly formed Political Action Committee or PAC which will help him back chosen candidates in the future or even launch a possible new presidential bid in 2024.

Whether or not Trump pursues electoral politics, he is widely expected to dive into broadcasting, with a reported mission to punish Fox News for what he sees as insufficient loyalty.

Fox “forgot what made them successful, what got them there. They forgot the Golden Goose,” he said Thursday in a burst of tweets attacking Rupert Murdoch’s network and boosting the conspiracy theory peddling right-wing channels Newsmax and OANN.

Could Trump’s post-election chaos in fact be the pilot episode for the former reality TV star’s next series? – Rappler.com