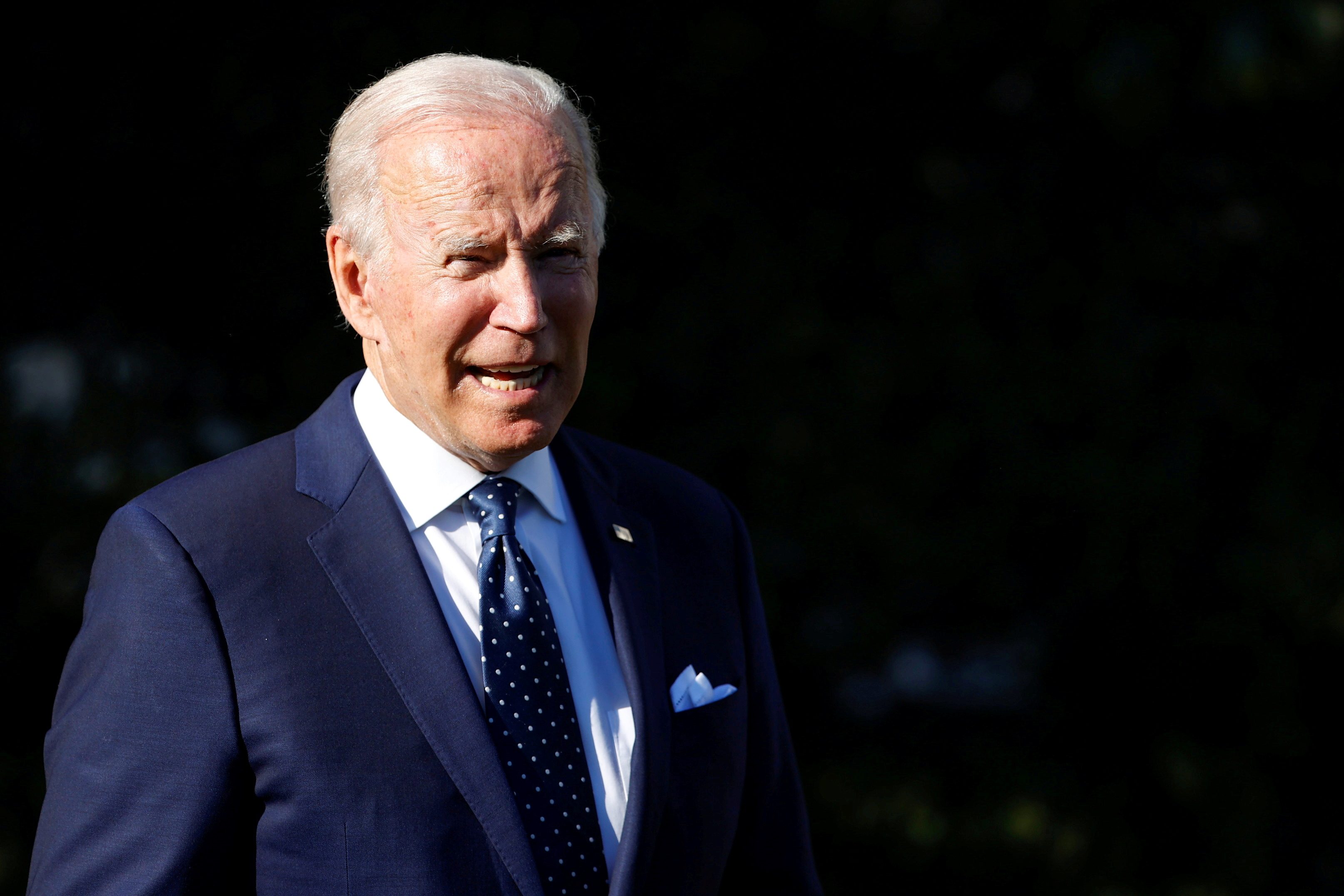 JOE BIDEN. U.S. President Joe Biden speaks briefly with reporters after participating in a ceremony for state and national Teachers of the Year at the White House in Washington, U.S. October 18, 2021.

President Joe Biden is expected to head to Europe without an agreement on measures to combat climate change as chances dimmed that deeply divided Democrats in Congress would agree on Wednesday, October 27, on a broader spending deal.

Biden is expected to leave on Thursday for a meeting of G20 leaders in Rome and then the UN Climate Change Conference in Glasgow, Scotland. The Glasgow conference was expected to be a showcase for Biden to demonstrate US efforts to tackle climate change and ask other countries to adopt similar measures.

The US president was likely to delay his departure to Europe by a few hours as he was expected to attend the House Democratic Caucus meeting on Thursday morning, CNN and NBC News reported late on Wednesday, in what would likely be an attempt to secure the backing of progressive lawmakers for his agenda. Time has simply run out for anything to be finalized before Biden leaves, a key Democrat indicated.

“I think a framework deal is likely in the next 24 to 36 hours,” House of Representatives Democratic Conference Chairman Hakeem Jeffries told reporters after a meeting with Speaker Nancy Pelosi.

Others agreed it seemed unlikely there would be an agreement on Wednesday, and suggested fundamental issues, like how to pay for it, remain.

“I don’t know,” said Senator Bernie Sanders, an independent who caucuses with Democrats. “But I don’t think so. I’m not quite clear in terms of the revenue package. Every sensible revenue option seems to be destroyed.”

The White House sought earlier on Wednesday to portray it as still “realistic” that Biden’s signature spending plan could get congressional support by Thursday, but conceded that he might need to depart for Europe without a final deal in hand.

“Of course he would like to head on this trip with a deal,” White House spokeswoman Jen Psaki told reporters. She added, however, that world leaders are “looking at the president’s commitment” on infrastructure and climate, not what is being passed in Congress.

“They’re seeing we’re on the verge of making a deal,” she said.

Biden would need to sign any passed bill into law. He would not push back his trip substantially to advocate for it further, Psaki said earlier on Wednesday.

“There’s some flexibility in the morning, but I’m not going to suggest he’s going to delay his trip.” – Rappler.com