Peaceful protests in New York as tensions rise in Detroit Photo by TIMOTHY A. CLARY / AFP 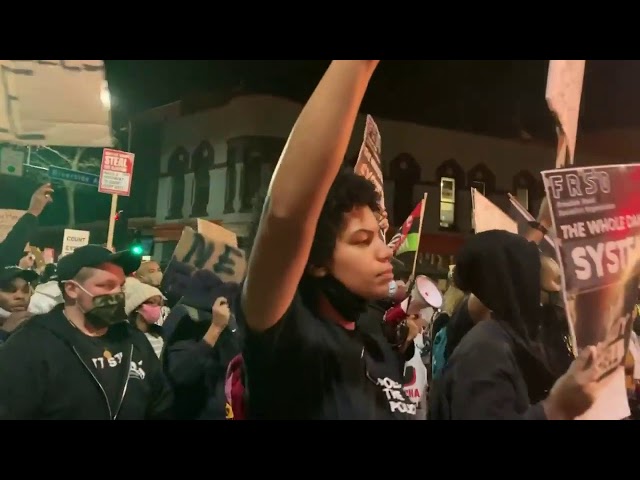 Thousands of Joe Biden supporters marched Wednesday evening, November 4, in New York to demand every vote in the tight presidential election be counted, as some Donald Trump supporters protested in Detroit demanding a halt to ballot counting in the key state of Michigan.

New York demonstrators were peaceful and spanned generations, with marchers heading from Fifth Avenue towards Washington Square Park in the heart of Manhattan’s Greenwich Village.

In New York’s Democratic stronghold demonstrators were hopeful but wary of calling it for their candidate Biden just yet.

“We need to count every vote in this election,” said Sarah Boyagian, part of the Protect The Results Coalition behind the demonstration organized under tight police supervision.

“Donald Trump has claimed the election before every vote is counted and we are sending the message that that is not acceptable,” the 29-year-old told AFP.

“I am not sure Biden has won, we have to wait until all votes are counted,” said the software developer, adding: “I am worried that democracy is hanging by a thread right now.”

The Detroit protest outside a ballot processing center were far more tense, according to an AFP photographer and clips on social media.

Cries of “stop the count!” rang out in the city in Michigan – where US media declared Biden the victor – as Trump’s campaign announced a lawsuit to try and suspend the vote count, claiming its team was denied proper access to observe vote counting.

With Michigan’s 16 electoral votes, Biden now has a total of 264 – 6 shy of the magic number of 270 needed to win the US presidency, according to US network projections. – Rappler.com