Republicans secure seat in US Senate 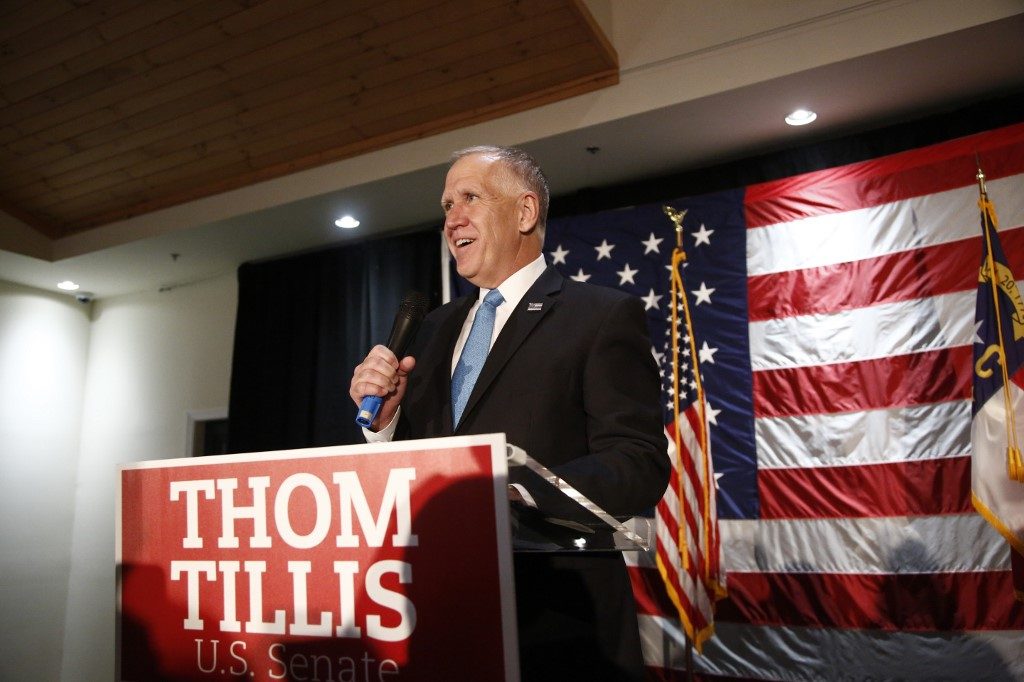 WINNER. U.S. Sen. Thom Tillis (R-NC) addresses supporters as he celebrates his expected win in his bid for reelection against Democratic challenger Cal Cunningham during an Election Night watch party on November 3, 2020 in Mooresville, North Carolina.

Republicans held on to a seat in the US Senate on Tuesday, November 10, after a close race in the state of North Carolina, dealing another blow to Joe Biden’s Democrats in their bid to take control of the chamber.

Even if Biden has a likely win, leading a deeply divided nation will be difficult Cunningham said in a statement that he had called Tillis to congratulate him even though complete results from the November 3 election have not yet been announced.

“The voters have spoken and I respect their decision,” he said.

Republicans now hold 49 seats in the 100-seat Senate compared to the Democrats’ 48.

All eyes are on a pair of runoff Senate elections set to take place in Georgia on January 5 likely to decide which party will control the legislative body.

In the case of a tie, incoming Vice President Kamala Harris would break it, according to Senate rules.

A third seat – in Alaska – remains undecided, but Republican Senator Dan Sullivan is ahead there for now.

The Senate holds a wide range of power beyond passing legislation, such as confirming Biden appointments to his cabinet and, should the need arise, to the Supreme Court.

The Democrats retained control of the lower legislative chamber, the House of Representatives, in the November 3 election.

A divided Congress would force President-elect Biden to put to use his negotiating skills and familiarity with the Senate, where he served for 36 years before becoming vice president under Barack Obama. – Rappler.com