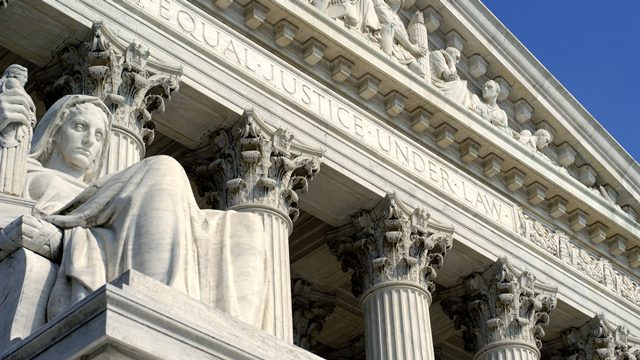 photo by By Jason Speros/Shutterstock

Facebook Twitter Copy URL
Copied
"Of all cases, to decide you're going to execute someone who, on the face of it, is mad… I don't understand, where does this incredible lust for blood come from?" says famed psychiatrist Dorothy Otnow Lewis.

Next month, Lisa Montgomery, who strangled a pregnant woman and hacked the unborn child from her womb with a kitchen knife, is due to become the first female executed by the US government in 67 years.

But the controversy over capital punishment and mental illness spans decades, and it is at the heart of new HBO documentary “Crazy, Not Insane,” out Wednesday, November 18, which follows the career of famed psychiatrist Dorothy Otnow Lewis.

Lewis, who specializes in serial killers and has interviewed many of the United States’ most depraved and notorious murderers from Ted Bundy to Mark David Chapman, told AFP she is “appalled” by the decision to execute Montgomery.

“You don’t have to be a psychiatrist to know that that woman is mentally very, very disturbed,” said Lewis. “I mean, that is such a psychotic piece of behavior.”

“Of all cases, to decide you’re going to execute someone who, on the face of it, is mad… I don’t understand, where does this incredible lust for blood come from?”

Having interviewed 22 serial killers, and set up a clinic for juvenile offenders, Lewis argues in the film that disorders leading to violence and murder usually stem from horrific childhood abuse and neurological defects rather than “innate” evil.

The film profiles multiple serial killers, concluding with Lewis’s most infamous patient – Bundy, who confessed to at least 30 rapes and murders that terrorized the United States during the 1970s, and has come to represent the paradigm of pure evil.

While Bundy claimed to have had a perfectly normal and happy childhood, Lewis now believes Bundy suffered from dissociative identity disorder (DID) – or multiple personality disorder – linked to a violent upbringing by his grandfather, Sam.

In the movie, she presents as evidence love letters that Bundy signed “Sam” – DID sufferers often take on the persona of their abusers as a form of self-protection, she argues.

“Dorothy isn’t saying that we shouldn’t protect society from people like this, who may be unable to control their ability to lash out and to commit violent acts or murder,” the film’s Oscar-winning director Alex Gibney told AFP.

“She’s simply saying that you’re looking in the wrong place, if you’re trying to understand this notion of evil of somebody just deciding one day to do something nasty and bad for fun.”

“I do think it’s important, the radical empathy that Dorothy is engaging in, because it’s based in scientific theory,” he added.

President-elect Joe Biden has pledged to scrap the death penalty at the federal level, and incentivize states to do the same – but any such move is likely to come too late for Montgomery.

For Gibney, the decision to carry out federal executions has become a “potent political weapon” that is capable of “appealing to voters’ basest instincts.”

Pointing to executions and mass incarcerations authorized by Bill Clinton, Gibney emphasized that this tool is not unique to Trump, but noted the president’s long history of support for the death penalty.

“Donald Trump lost this election, but he got 70 million votes,” Gibney told AFP.

“And so much of what his political posture is, it doesn’t revolve around policy – it revolves around the ability to marshal a sense of anger and vitriol and revenge.” – Rappler.com