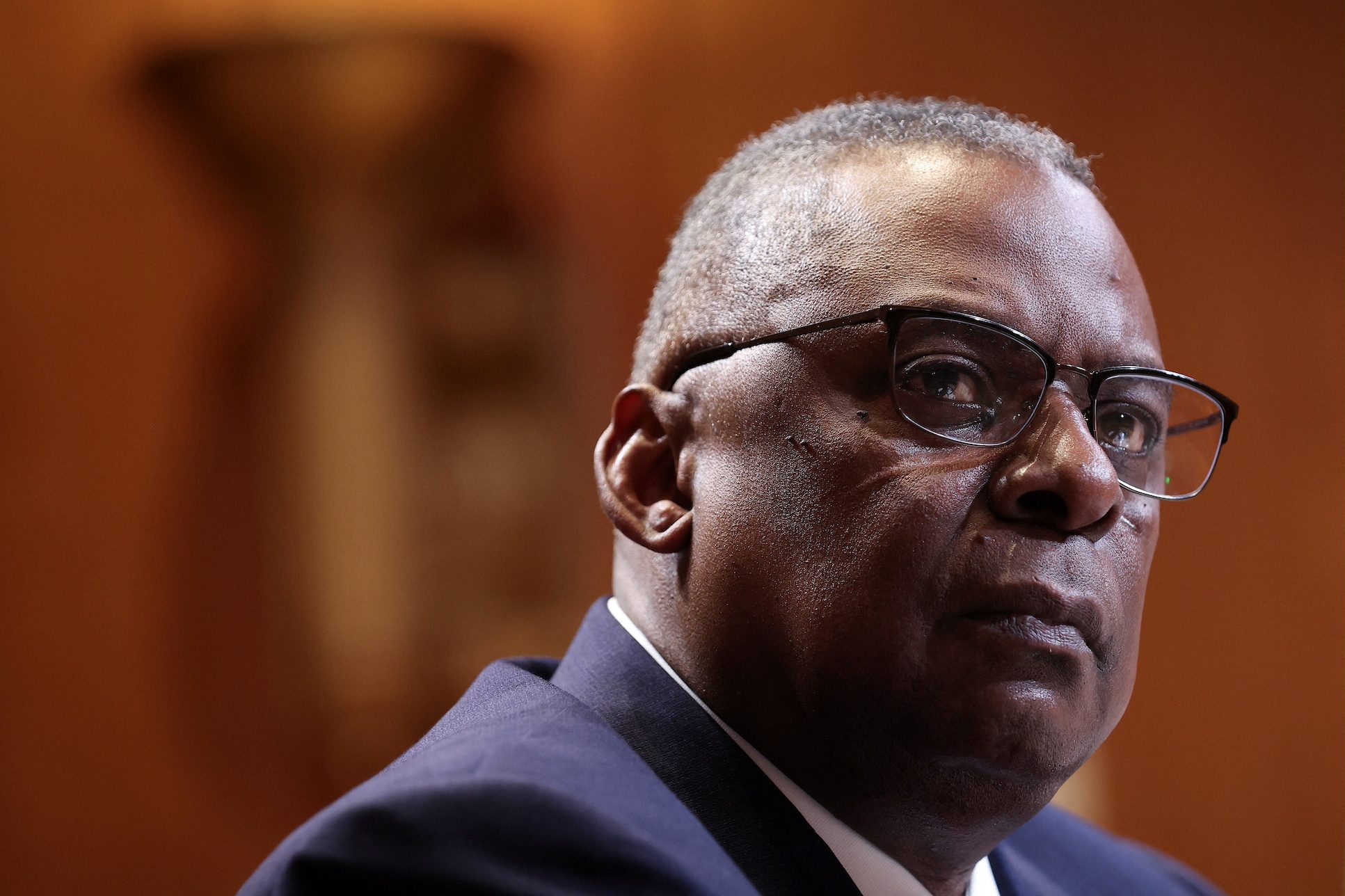 FILE PHOTO: US Secretary of Defense Lloyd Austin testifies before the Senate Appropriations Committee Subcommittee on Defense in Washington, U.S., May 3, 2022.

Facebook Twitter Copy URL
Copied
US Defense Secretary Lloyd Austin's remarks coincides with a Russian-installed official in Kherson region saying Moscow is likely to pull its troops from the west bank of the Dnipro River, signaling a significant retreat, if confirmed

WASHINGTON DC, USA – Ukrainian forces can retake the strategic southern city of Kherson from Russian troops, US Defense Secretary Lloyd Austin said on Thursday, in what would be a major defeat for Russia in its invasion of its neighbor.

Austin’s remarks coincided with a Russian-installed official in Kherson region saying Moscow was likely to pull its troops from the west bank of the Dnipro River, signaling a significant retreat, if confirmed.

Ukraine said it was still fighting in the area and was wary of the occupying Russian forces setting a trap.

Austin did not answer a question about whether Russian forces were preparing to leave. But, in perhaps his most optimistic comments yet on the Ukrainian counter-offensive, expressed confidence in their ability to beat back Russian forces.

“On the issue of whether the Ukrainians can take the remaining territory on the west side of the Dnipro river and in Kherson, I certainly believe that they have the capability to do that,” Austin told a news conference at the Pentagon.

“Most importantly, the Ukrainians believe they have the capability to do that. We have seen them engage in a very methodical but effective effort to take back their sovereign territory.”

The region’s capital and river port Kherson is the only big city Russia has captured intact since its invasion began on February 24.

The area the Ukrainians are seeking to retake on the west bank of the river also includes one side of a huge dam across the Dnipro which controls the water supply to irrigate Crimea, the peninsula Russia has occupied since 2014.

A Western official, speaking on condition of anonymity, assessed Russia was planning to retreat from their bridgehead on the west side of the river to the east side, where it could better defend its forces.

“We think that that planning is almost certainly well advanced,” the official said.

The official said some Russian military commanders had rebased to the other side of the river.

“We would assess that in Kherson, it’s likely that most echelons of command have withdrawn now across the river to the east, leaving pretty demoralized and often in some cases leaderless troops to face of Ukrainians on the other side,” the Western official said.

Russia has fought for months to hang on to the pocket of land it holds on the west bank at the mouth of the Dnipro river that bisects Ukraine. Moscow had sent tens of thousands of troops to reinforce the area, one of its biggest battlefield priorities.

Ukraine has targeted the main river crossings for months, making it difficult for Russia to supply its huge force on the west bank. Ukrainian troops have been advancing along the river since bursting through the Russian frontline at the start of October, although their advance had slowed. – Rappler.com