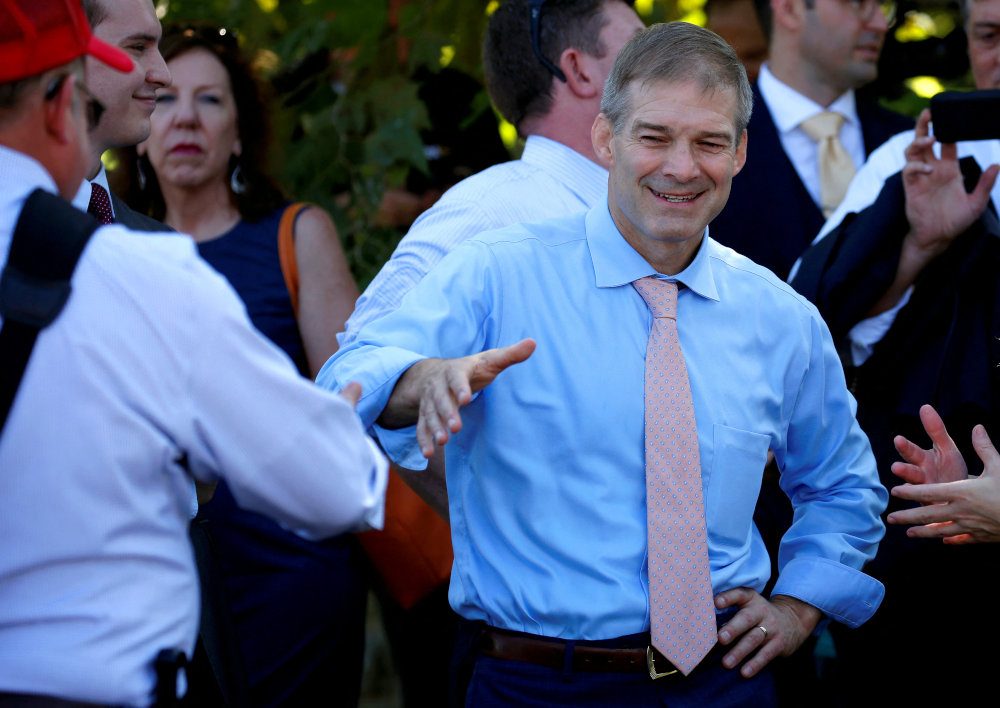 JIM JORDAN. Rep. Jim Jordan (R-OH) attends a rally in support of his bid to become the next Speaker of the House at the Capitol in Washington, USA, on September 26, 2018.

Facebook Twitter Copy URL
Copied
The panel asks Representative Jim Jordan to disclose conversations he had with Trump on January 6, 2021, the day of the US Capitol attack

WASHINGTON, DC, USA – US Republican Representative Jim Jordan, a close confidante of former President Donald Trump, said on Sunday, January 9, he would not cooperate with a US House committee investigating last year’s attack on the Capitol.

The panel had asked Jordan to disclose conversations he had with Trump on January 6, 2021, the day of the attack by Trump supporters aiming to stop Congress from formally certifying the presidential election victory of Democrat Joe Biden.

“This request is far outside the bounds of any legitimate inquiry, violates core constitutional principles and would serve to further erode legislative norms,” Jordan said in a letter to committee chairman, Democrat Bennie Thompson.

His rejoinder came after the panel requested an interview with Jordan last month.

Jordan was one of Trump’s main defenders during his two impeachment trials, the second on a charge of inciting the Capitol riot. Both times, Trump was acquitted by the Senate, then controlled by Republicans.

This year, House Republicans nominated Jordan to the committee investigating the riot, but Speaker Nancy Pelosi rejected the choice, citing his support of Trump’s false claims of election fraud.