A man wearing face mask as a measure against the spread of the Covid-19 (novel coronavirus) pandemic, walks past a poster of US President Donald Trump in in Bishkek on November 7, 2020. - The number of people infected by the coronavirus continued to surge in Europe over the past week, keeping the continent at the epicentre of the pandemic. (Photo by VYACHESLAV OSELEDKO / AFP)

Whatever the final result, the fraught 2020 American presidential election crystallizes the crises of both US power and the post-1945 liberal order. America may not be “exceptional” as its founding myths proclaim, but it is no ordinary state either.

Some commentators have concluded that Donald Trump’s presidency has been an “ordinary” one. But he’s proven an outlier in too many respects for that verdict to stand unchallenged. His repeated false claims, as votes were still being counted, that he had already won and that a tried-and-tested system of mail-in ballots was “fraudulent,” took the US presidency into dangerous new territory.

Before that, the Trump administration’s mishandling of the pandemic had only underlined the virtual collapse of US global standing. The explosion of mass protest after the police killing of George Floyd in May 2020 further exposed America’s loss of moral authority, soft power, and role as an exemplar state.

There is a definite sense that the American-made system of international order is slowly but surely unravelling, not because of any existential threat from abroad but from a crisis within its heartland. In a curious evocation of Karl Marx, the US electoral system appears to have created its own gravediggers.

The whole world is waiting on the result of the elections in the lone superpower.

Trump, and Trumpism, will remain a force in US politics.

As the counting continued, groups of Trump protesters, some of them armed, gathered outside a counting center in Phoenix, Arizona, chanting “count the vote,” even as others gathered in Detroit, Michigan, chanting “stop the count.” In an unprecedented move, several major US TV networks stopped broadcasting Trump’s statement on November 5 as he repeated claims of “illegal votes” being counted in favour of Democrats to “steal the election.” 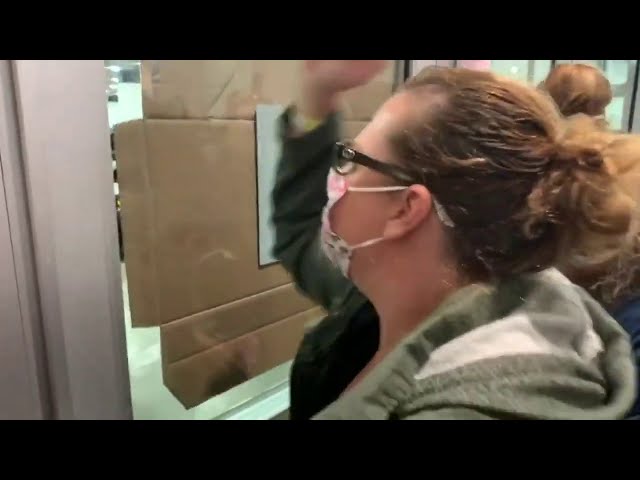 Meanwhile, Black Lives Matter protesters marched on a heavily-fortified White House as the national guard stood by. Before election day, some of Trump’s opponents among labor unions and civil resistance groups had discussed mass protests and even a general strike if Trump refused to accept a Biden victory.

The US, the world’s pivotal state, is increasingly perceived at home and internationally as a failing state, one incapable or unwilling to provide its own citizens the security, safety and stability of a peaceful transfer of power that they are accustomed and entitled to. Unsurprisingly, America’s allies among the G7 group of industrialized nations engaged in contingency planning should post-election chaos disrupt the movement of people and goods – a particularly acute problem for Canada.

Something is dying, but the new is yet to be born.

It is often said about America’s global financial influence that when Wall Street sneezes, the rest of the world catches a cold. We are now facing the prospect of a system of government with enormous global clout heading towards a sneezing fit.

Whatever the final result, Trump retained over 40% approval from the American electorate, and increased his popular vote by several million. Republicans also flipped several seats in the House of Representatives and appeared on track to retain control of the Senate.

Therein lies a key point about the nature of the current crisis of the liberal order and why it is set to endure regardless of the final outcome: it is an organic crisis decades in the making and still yet to reach its deepest point.

Trump, and Trumpism, will remain a force in US politics. A Trump run for the presidency in 2024 is already being discussed. Something is dying, but the new is yet to be born. While the crisis appears the most acute in the US, it is hardly confined to American shores.

The turbulence of a transition away from US and western global leadership, towards an unmanaged and untested, messy system in which several countries wield significant power is probably the most significant issue in world politics today. That turbulence is fueled by the domestic crises of credibility within a range of countries and societies, even as their elites’ international interests are likely to prevent major military conflicts.

But the political cauldrons of discontent of so many major societies today suggest that xenophobic and racist politics may remain influential for sometime to come as strategies of divide and rule. And those will entail, in turn, greater levels of authoritarianism at home, intensified nationalism in international politics, and a loosening of the institutional architecture of the US-led order. This will only exacerbate existing global frictions.

The American ’empire’ is stretched internationally and divided at home.

The American “empire” is stretched internationally and divided at home, and the depth of the crisis of US power is crystal clear. Matters are likely to improve somewhat under a Biden presidency. Still, the underlying forces of world politics will remain and the US will likely drive a hard bargain on allies, but probably through more multilateral means.

Overarching the multitude of arguments over America and its global position and roles is the fundamental question of democracy itself. At stake appear to be basic democratic and constitutional norms and institutions at home, and – despite its flaws – the basics of a reasonably open and cooperative multilateral international system.

Also at stake is the “idea” of America – its promise, its aspiration to be open, welcoming and stand for something more than naked self-interest – an inspiring ideal however unrealized in practice. – The Conversation | Rappler.com

Inderjeet Parmar is professor in International Politics at City, University of London.