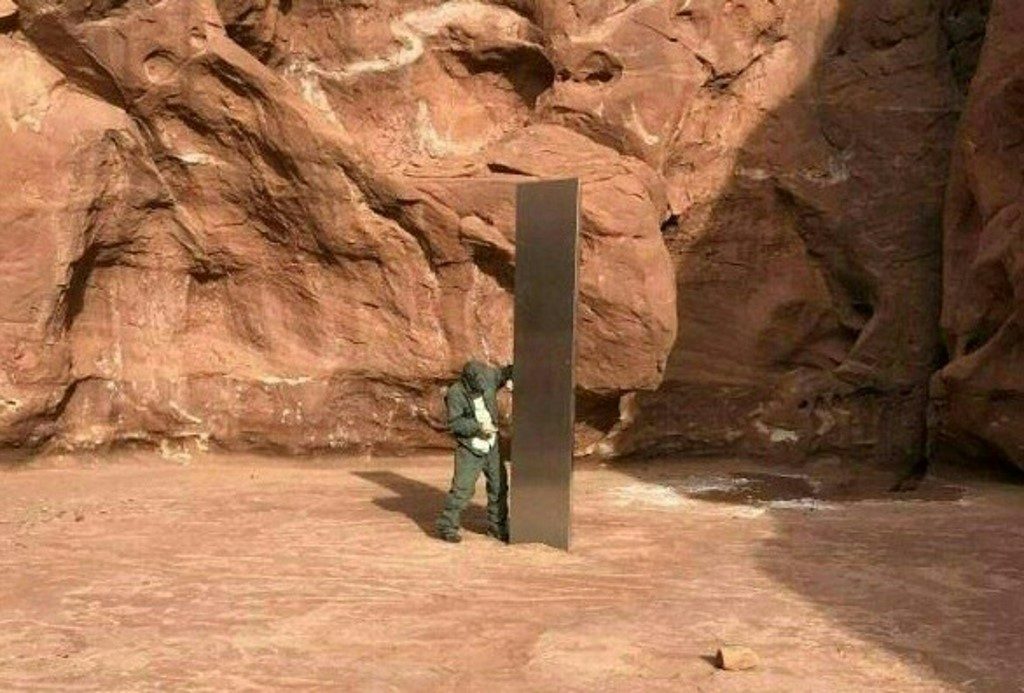 MYSTERY. This video grab image obtained November 24, 2020 courtesy of the Utah Department of Public Safety Aero Bureau shows a mysterious metal monolith that was discovered in Utah after public safety officers spotted the object while conducting a routine wildlife mission.

The mystery of how a metal monolith appeared in the Utah desert remains, but the riddle of its removal seems to have been solved – and sadly, has nothing to do with aliens.

Images emerged Tuesday, December 1, of 4 men working in the dead of night to remove the strange, triangular pillar that has garnered global attention from its remote resting place in the western United States desert.

Photographer Ross Bernards, who visited the monolith Friday, described in an Instagram post accompanying the photos how 4 men suddenly appeared that night, pushed the object over and dismantled it before carrying it off in a wheelbarrow. 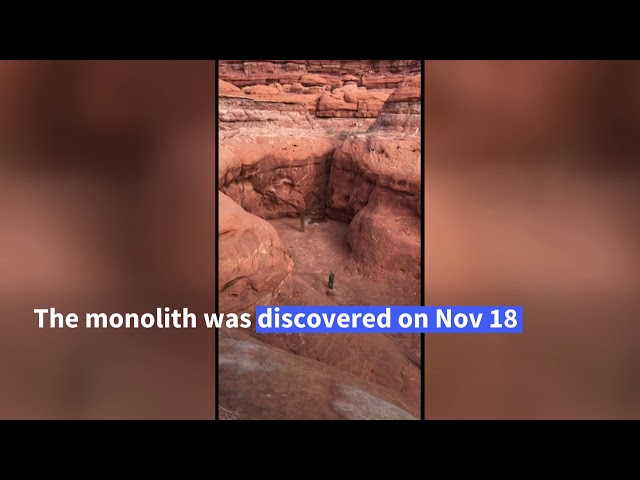 It featured near-identical images and a short clip of the monolith seemingly being wheeled away, but no further explanation was provided.

The shiny pillar, which protruded some 12 feet from the red rocks of southern Utah, was first spotted on November 18 by baffled local officials counting bighorn sheep from the air. 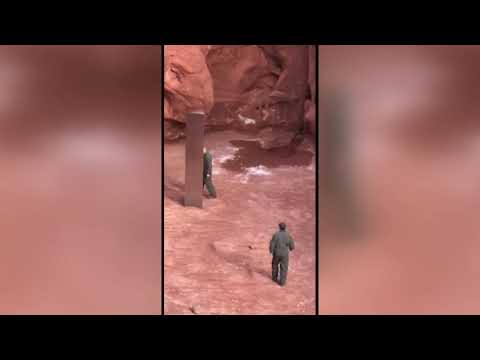 News of the discovery quickly went viral around the world, with many noting the object’s similarity with strange alien monoliths that trigger huge leaps in human progress in Stanley Kubrick’s classic sci-fi film “2001: A Space Odyssey.”

Some observers pointed out the object’s resemblance to the avant-garde work of John McCracken, a US artist who lived for a time in nearby New Mexico and died in 2011.

But McCracken’s representatives have given ambiguous and at times conflicting responses to this theory, prolonging an international guessing game that intensified further with the monolith’s sudden removal Friday.

The local San Juan County sheriff’s office, which is reportedly investigating alongside the federal Bureau of Land Management, saw the lighter side in a Facebook post Saturday featuring lineup images of 9 suspects – all extraterrestrials.

It is still not known if the men who removed the object were the same ones who installed it, or even if the two accounts of Bernards and Lewis mesh together.

According to Bernards, one of the men removing the monolith said, “This is why you don’t leave trash in the desert.”

Bernards said the men “were right to take it out,” noting that “at least 70 different cars (and a plane)” had converged on the “the delicate desert landscape.”

Officials who found the monolith did not disclose the object’s location out of fear that hordes of curious sightseers would flock to the remote wilderness, but amid the growing fascination, dozens of explorers quickly tracked it down.

A resident of nearby Moab, Sylvan Christensen, also claimed to have been among those dismantling the monolith, telling The New York Times he was concerned about “human impacts” upon the land and its ecosystem.

“Mother Nature is an artist, it’s best to leave the art in the wild to her,” concluded Bernards. – Rappler.com