At the ceremony on Monday night, May 23 (Manila time), Ressa advised students to look for meaning because it will define their lives.

“Every single decision you will make is going to decide who you are and whether your life has meaning. It’s not going to be how much money you make or how cool you are,” Ressa said. 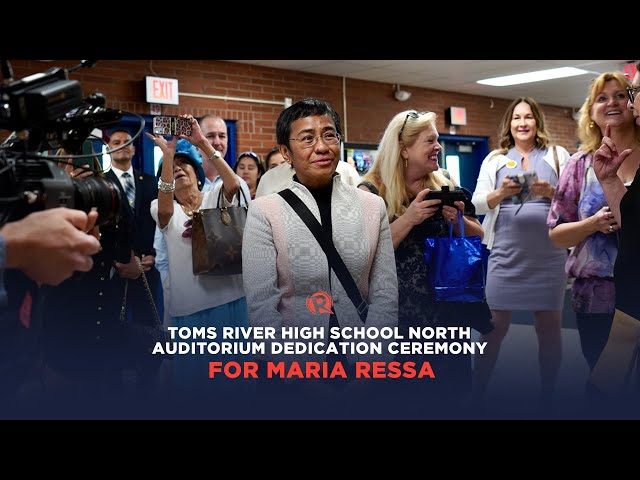 In December 2021, Toms River Board of Education voted unanimously to name the auditorium after Ressa who graduated from the North School in 1982.

Ressa was class president for three years at the Toms River North High School. She was also voted “most likely to succeed” of their batch in 1982.

In October 2021, Ressa was awarded the Nobel Peace Prize along with Russian journalist Dmitry Muratov, editor in chief of the independent newspaper Novaya Gazeta. Both of them lead critical newsrooms in countries where journalists are persecuted and governments enable disinformation.

Ressa is an award-winning journalist who opened and ran the Jakarta bureau of CNN from 1995 to 2005, later led the newsroom of the Philippines’ biggest broadcaster ABS-CBN, and in 2012 co-founded Rappler, the country’s top digital-only news site.

She is facing a string of cases as President Rodrigo Duterte attempts to silence the press and stifle criticism. (READ: LIST: Cases vs Maria Ressa, Rappler directors, staff since 2018) – Rappler.com