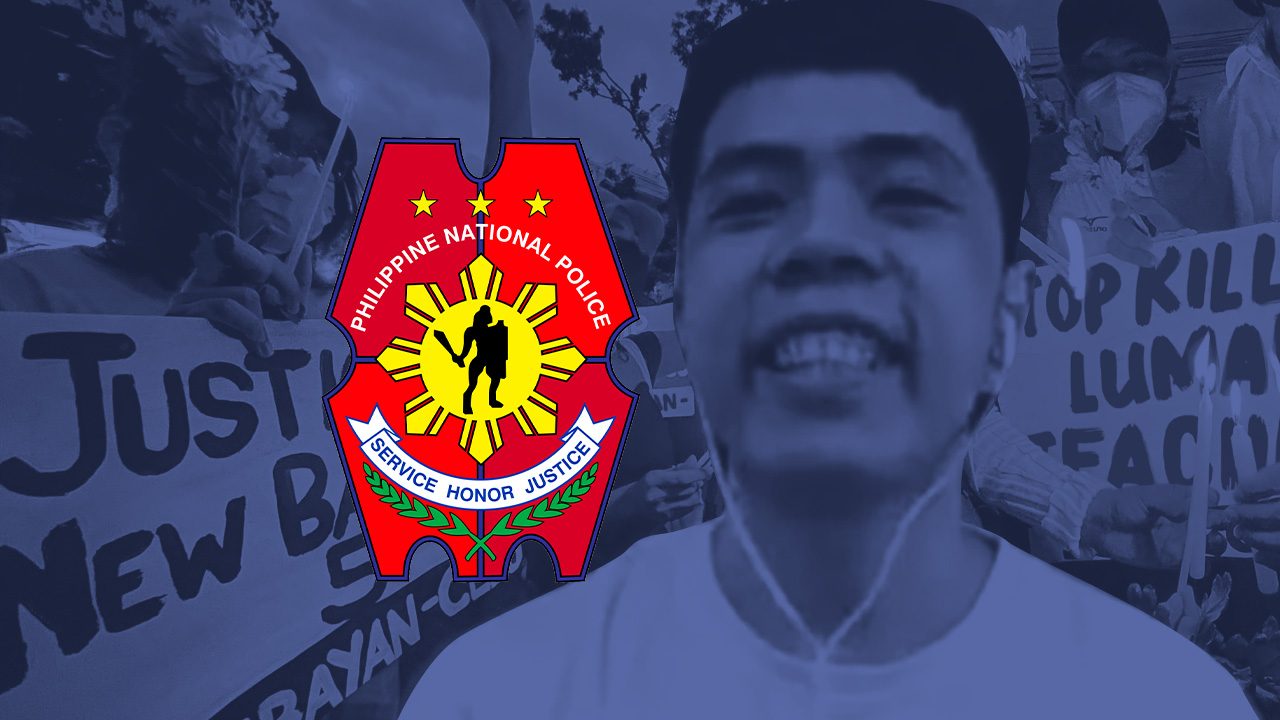 Facebook Twitter Copy URL
Copied
The PNP, an institution tasked to protect the public, knows that when it is responsive and transparent to the public, it becomes more effective in fighting crime and keeping the peace

MANILA, Philippines – On February 24, the Philippine National Police’s Regional Office 11 (PNP PRO 11) posted on Facebook about activist Chad Booc, who, they claim, was killed in an encounter along with alleged leftist guerrillas in Davao de Oro.

The post also claimed that, since Booc was in that alleged encounter and therefore a terrorist, a Rappler story published on February 16, 2021, was wrong for having said otherwise.

This is faulty logic.

The facts available then could not support the allegation of the police, as cited in the Rappler story at the time. In 2021, police arrested Booc and his companions on allegations that they were doing “warrior training” of Lumad youth at the University of San Carlos in Cebu. The university denied this, saying the group was housed there only because they were stranded during the pandemic lockdown.

That arrest merited a closer look at Booc, a young activist who had volunteered to teach at a Lumad alternative school in Surigao del Sur. The red-tagged Booc was also a signatory to a petition opposing the anti-terror law and was active in posting on social media about Lumad communities and militarization.

Because PNP officials refused to answer our messages and calls, the basis for the police’s alleged “rescue” of Lumad children in Cebu was absent. If all the evidence at the time of Booc’s arrest last year already existed, why did the PNP officials not say so? These details could have been included in the story.

It is the media’s role to report truthfully, to the best of its ability. We always verify and corroborate information we obtain. This is precisely why Rappler tried to get the side of the police via then-PNP Central Visayas chief Ronnie Montejo and then-chief of the Central Visayas Regional Intelligence Division Robert Limbawan. Repeated text messages and phone calls, went mostly unanswered. We have kept copies of these attempts.

Claims and counter-claims, along with denials, are par for the course. Journalists can only cite these and point out if information obtained contradict each other or not. The PNP, an institution tasked to protect the public, knows that when it is responsive and transparent to the public, it becomes more effective in fighting crime and keeping the peace.

We wish the PNP just answered questions in a more timely manner instead of posting lengthily against Rappler after the fact.

Rappler has been a certified fact-checker by the International Fact-Checking Network (IFCN) since 2017, assessed in terms of non-partisanship, based on various disclosures and the types of fact checks we have published. We have also disclosed and explained our methodology to the public in published works and webinars.

This attempt to question our credibility as a media organization and fact checker is but the latest in this administration’s track record of using lies to attack independent media. – Rappler.com