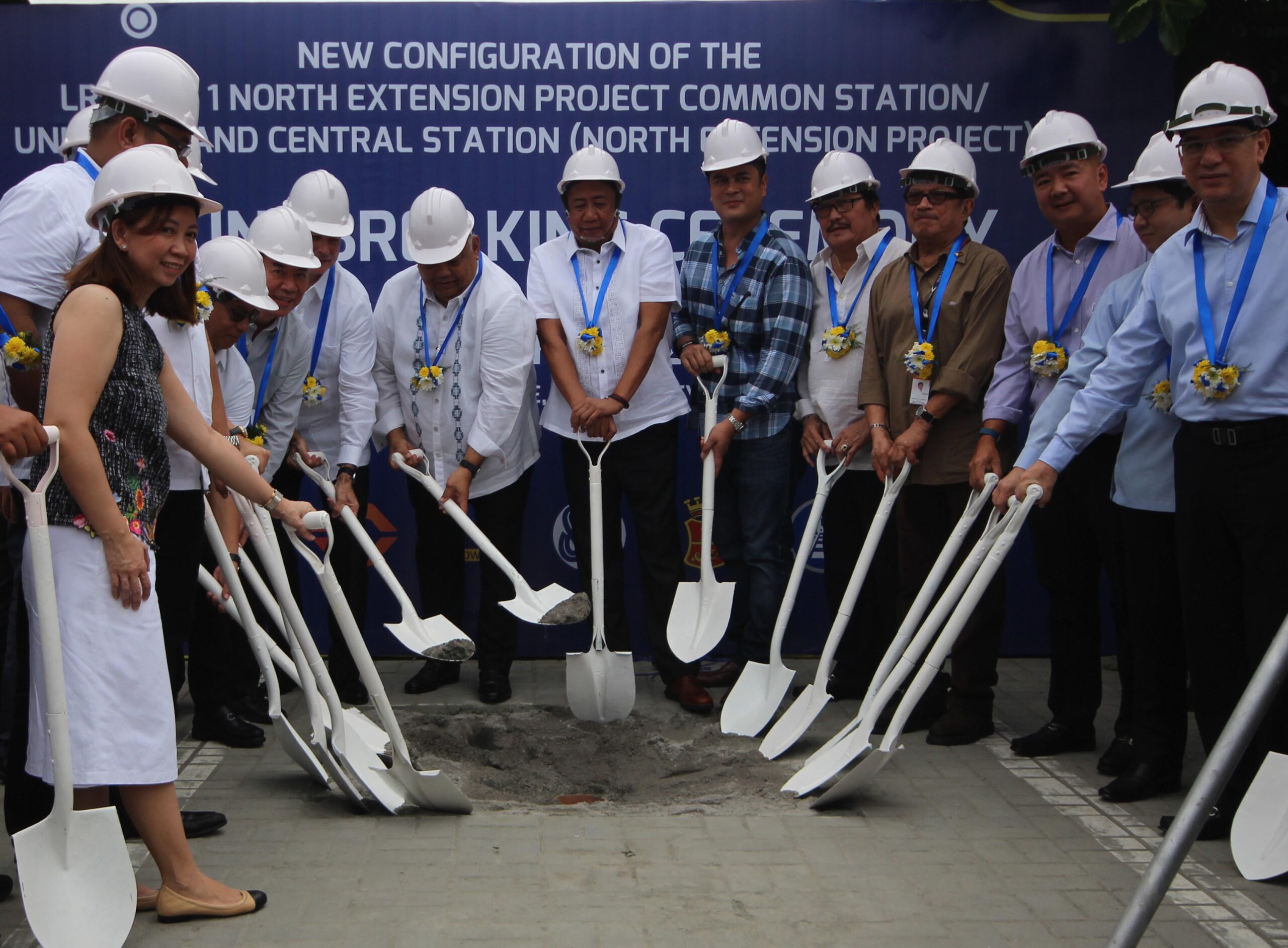 Facebook Twitter Copy URL
Copied
The station linking the MRT7, MRT3, and LRT1 lines is targeted for completion in two and half years, according to the Department of Transportation

MANILA, Philippines — The construction of the common station connecting the Metro Rail Transit (MRT) and the Light Rail Transit (LRT), a landmark project 10 years in the making, finally began on Friday, September 29.

The common station, targeted for completion in about two and half years,  will connect the MRT7, MRT Line 3 (MRT3), and LRT Line 1 (LRT1) through 3 separate  concourses or atriums where train commuters can transfer from one line to another.

The station, which will cover an area of 13,700 square meters, is projected to handle a capacity of 1,280,000 passengers a day, while the passenger traffic is expected to average around 478,000 passengers per day by 2020, according to the Department of Transportation (DOtr).

The project went through a decade of legal spats between the government and the SM group with the Ayala Group, Metro Pacific Investment Corporation, and San Miguel Corporation (SMC) also in the picture.

The  legal battle stemmed from the location of the station, which was sure to generate plenty of foot traffic. It was between placing it next to Ayala Land’s TriNoma mall or SM North EDSA.

In September 2009, the  Light Rail Transit Authority (LRTA) accepted P200 million from SM Prime Holdings Incorporated to place the common station beside SM North City EDSA and name it after the mall.

The location of the project was changed in 2014, under then Transportation Secretary Joseph Abaya. He decided to make the common station part of the P65-billion LRT1 extension project of the Light Rail Manila Corporation (LMRC) – a consortium made up of the Ayala Group, Manuel V. Pangilinan’s Metro Pacific Investment Corporation, and Macquarie Infrastructure Holdings.

The transportation department then insisted on locating the the common station near TriNoma, saying this would save the government P1 billion.

In August 2014, SM Prime obtained a Supreme Court (SC) order stopping the transportation department and the LRTA from transferring the location of the common station to TriNoma.

When he assumed office under the Duterte administration, Transportation Secretary Arthur Tugade brokered a deal between the two. This led to the new location of the common station between SM North EDSA and TriNoma. 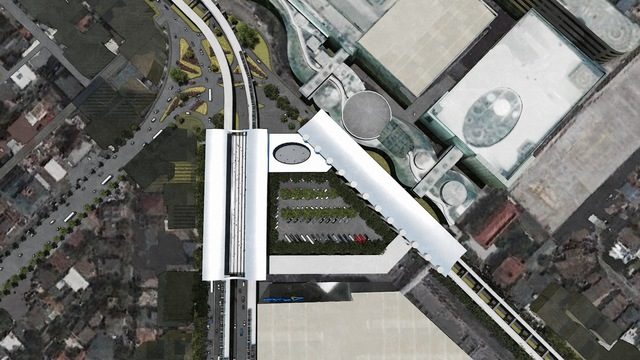 To illustrate this newfound unity among the conglomerates, Tugade noted the presence of heads of all the conglomerates with stakes in the project – Ayala Land Chairman Fernando Zobel de Ayala and SM Prime President Jeffrey Lim.

The deal came at a cost to the government. On top of the 10-year delay, the project price rose to P2.8 billion from the original P2.6 billion.

The station will have 3 main components which will be developed by each of the stakeholders.

The station will span 3 separate areas while the operation, maintenance, and development will be split between the LRMC for LRT-1, and DOTr for MRT-3.

Area A, which will cover the platforms for LRT-1 and MRT-3, will be handled by the DOtr.

Area B, which will connect Areas A and B, will be built  by North Triangle Depot Commercial Corporation (NTDCC), an affiliate of Ayala Land. It will also develop the area, with construction set to begin as early as October.

Area C, which covers the platform for MRT-7, will be financed and built by San Miguel Corporation, which will also operate, maintain, and develop the area.–  Rappler.com