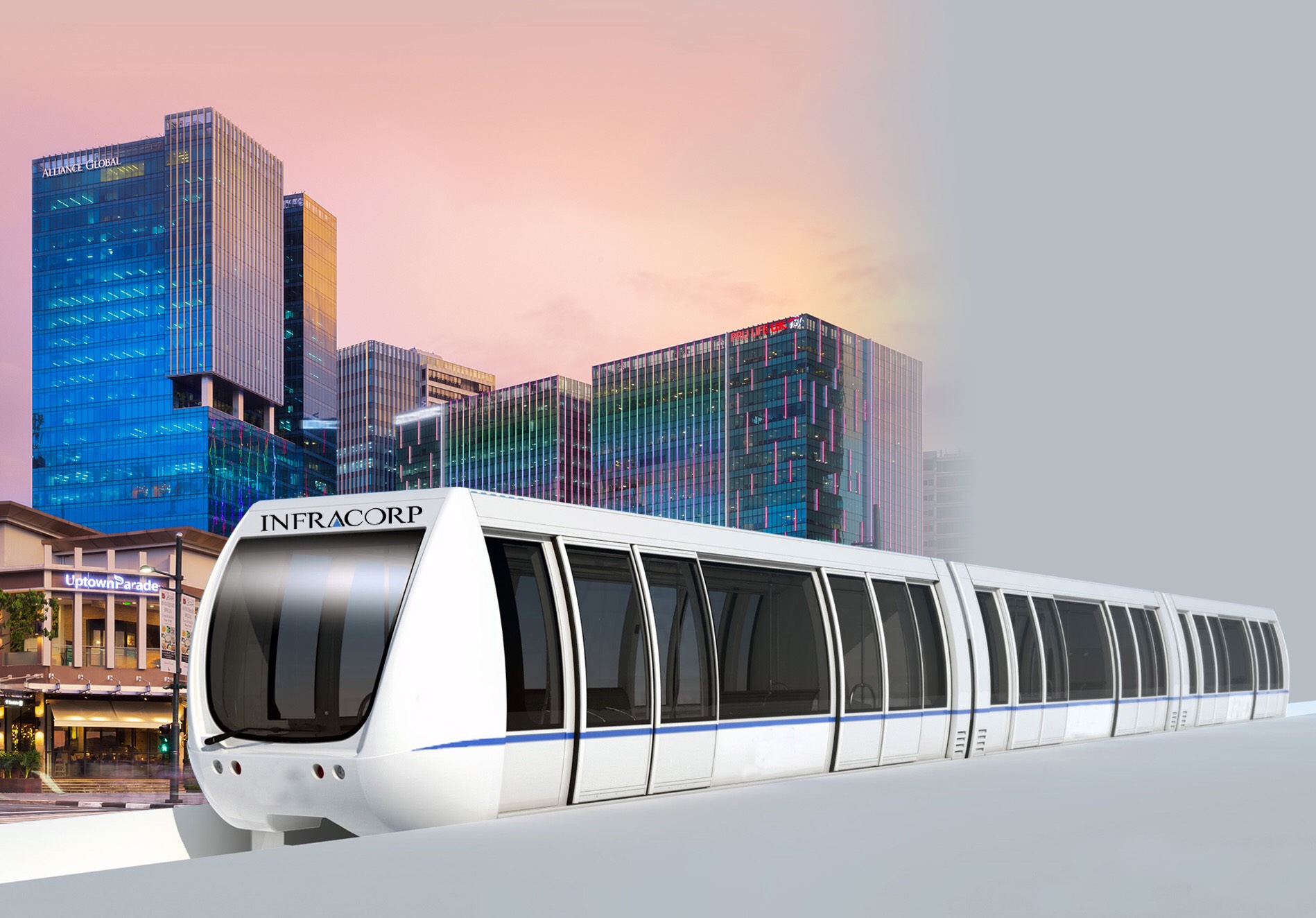 MANILA, Philippines – Alliance Global Group, Incorporated (AGI), the holding firm of tycoon Andrew Tan, announced a move into infrastructure amid what the government is calling the golden age of infrastructure.

In a statement released on Wednesday, October 11, the 24-year-old conglomerate said it has “created Infracorp Development, Incorporated, a new company that will handle infrastructure projects, particularly to participate in the government’s private-public partnership (PPP) projects.”

Infracorp Development in turn said that it “has submitted this week an unsolicited proposal to the government to build a 2-kilometer monorail project called Skytrain that will link Fort Bonifacio to the MRT Guadalupe Station, which hopes to benefit around 60,000 to 100,000 passengers daily.”

The project would utilize automated cable-propelled monorail technology, and would reduce travel time from Bonifacio Global City (BGC) to the MRT Guadalupe Station to only 5 minutes, Infracorp said.

Under the proposal, a station will be built near the MRT station in Guadalupe, Makati City and another in Uptown Bonifacio, a township development of AGI’s real estate arm Megaworld Corporation, at no cost to the government.

Once approved, the firm said the Skytrain monorail project would take 3 years to construct. It could also be interconnected to the planned subway system that the government is set to build.

“Given the country’s strong and stable economy, we see a huge opportunity to invest in infrastructure. We are excited to participate and optimistic about the government’s aggressive push for infrastructure developments,” said Kevin Tan, executive director of AGI who was also appointed as president of Infracorp.

Tan noted that the funding of the project will be internally generated as part of AGI’s existing capital expenditure program.

“We cannot disclose the exact amount of the investment yet until the government gives us the go signal to proceed. We will follow the rightful process of this exercise,” he said.

Beyond the Skytrain project, the new firm also said it is into other potential infrastructure projects, particularly on transport solutions, in several business districts in Metro Manila and in key growth areas around the country.

AGI joins the Philippines’ other top conglomerates in a move into the infrastructure space.

Earlier this year, rivals Ayala and SM came together to submit another unsolicited bid to the government to build an elevated expressway seen to benefit both their developments. – Rappler.com