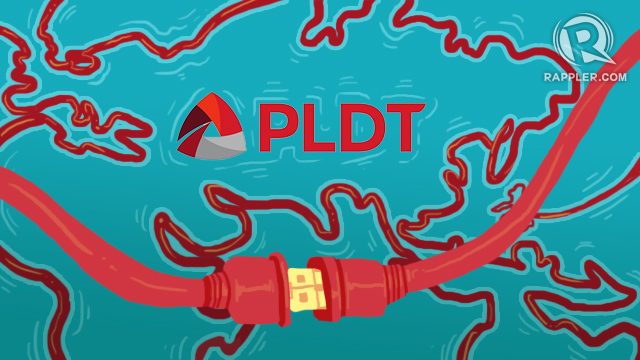 MANILA, Philippines – A unit of PLDT Incorporated will spend P11 billion in the next two years to migrate more than 1.3 million digital subscriber line (DSL) subscribers to a much faster fiber optic internet connection.

Internet connection using fiber optic cables is delivered in light signals via small, flexible glass wires; while DSL is delivered through telephone lines. This makes fiber optic better than DSL when it comes to internet speed and reliability. (READ: Globe, PLDT battle it out in cashless payments)

Marco Borlongan, PLDT first vice president and head of PLDT Home, said on the sidelines of a thanksgiving party in Taguig City on Wednesday night, October 25, that the P11-billion modernization plan will provide subscribers with better data experience through the rollout of one million ports nationwide.

“This year, we’ve been rolling out the fiber-to-the-home (FTTH) network nationwide and we’ve also teamed up with world-renowned content platforms and providers to ensure that our subscribers get the best possible home entertainment experience,” Borlongan told reporters.

The chief of PLDT Home said the group targets to expand its FTTH coverage to about 4 million homes passed by the end of 2017. PLDT Home is also deploying hybrid fiber technologies to allow existing customers to enjoy fiber-like speeds.

“Our vision is to make high-speed internet connectivity the standard of every Filipino whether they are at home or on the go,” Alberto said. (READ: Alibaba’s Jack Ma: PH internet ‘no good’)

“By end-2018, over 90% of the country’s population will have Smart LTE coverage,” PLDT and Smart first vice president and head of Consumer Business for Market Development Oscar Reyes Jr said.

Smart is also present in the sea ports of Batangas City and Calapan in Oriental Mindoro, major bus terminals and thoroughfares, as well as other public areas across the country.

Reyes said the PLDT group’s network modernization and expansion plan is at the core of its digital pivot.

Smart’s network rollout took a big bulk of PLDT’s ramped-up capital expenditure program of P42.8 billion for 2016, which included the utilization of new frequencies freed up with the acquisition of San Miguel Corporation’s telco assets.

PLDT has invested around P300 billion over the past 10 years to roll out the Philippines’ extensive fixed and wireless network infrastructure, which now has 150,000 kilometers of fiber optic cables. – Rappler.com