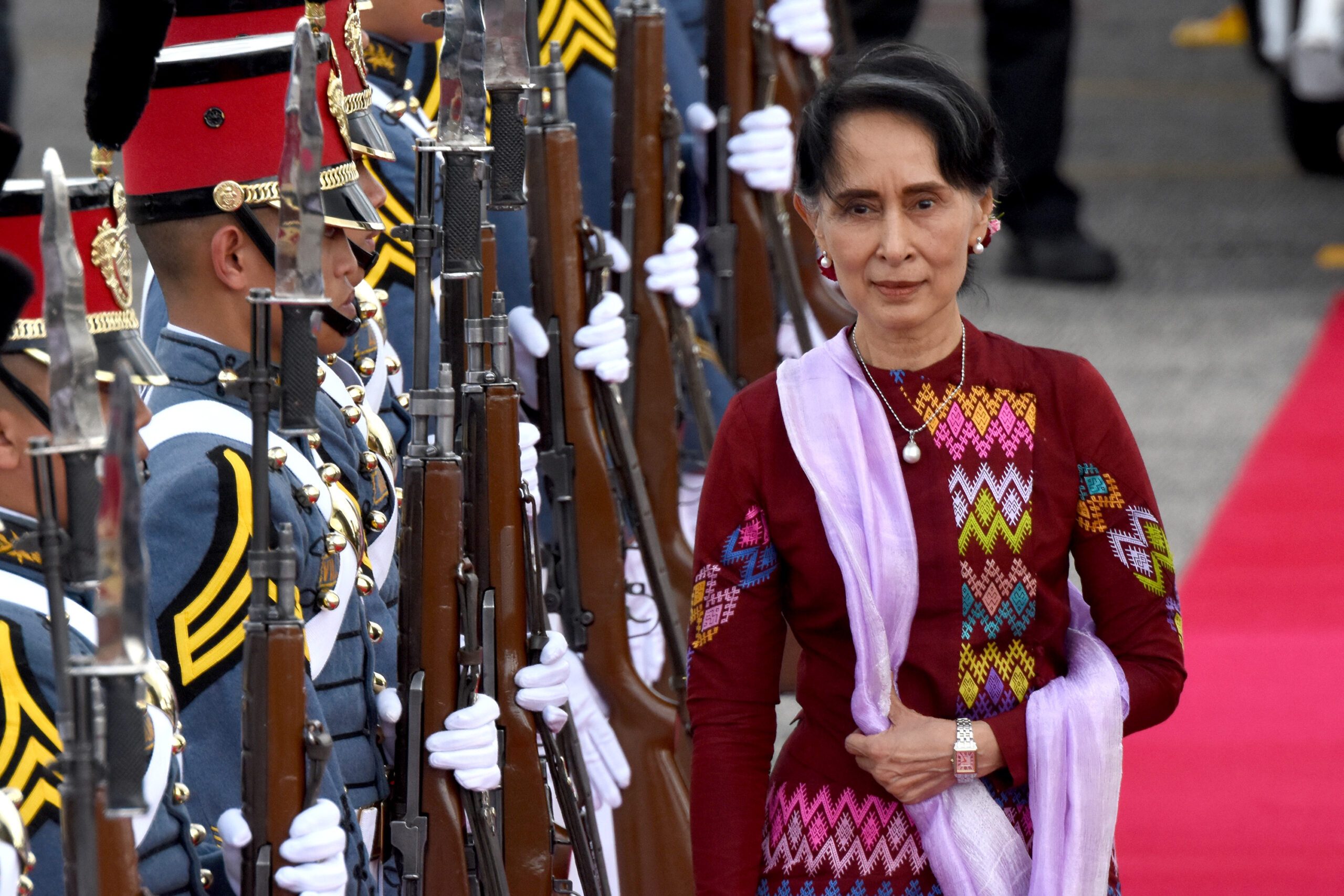 Suu Kyi delivered a speech at the Association of Southeast Asian Nations (ASEAN) Business and Investment Summit at the Solaire Resort and Casino in Parañaque City.

“It is sometimes said that the one unambiguous and non-trivial fact in economic development literature is the strong statistically significant correlation between the empowerment of women and economic growth,” Suu Kyi said.

For countries heavily dependent on agriculture, like Myanmar and the Philippines, Suu Kyi said women in decision-making roles could improve farm yields.

“A landmark study by the FAO (Food and Agriculture Organization of the United Nations) demonstrated that closing the gender gap in agricultural decision-making would lead to 20-30% increase in farm yield,” the Myanmar state counsellor said.

She added that in Myanmar, while women account for half of the agricultural workforce, they are typically in farm labor roles.

The world may have come a long way in addressing gender discrimination, but Suu Kyi said there is still room for improvement.

“Women are still missing out on opportunities in countless areas; the social norm that equates women with unskilled labor and perceives them as homemakers incapable of making decisions is one of our biggest challenges,” she said.

Suu Kyi added that Myanmar developed a 10-year strategic plan for the advancement of women, and encouraged other ASEAN countries to do the same.

The 10-year plan is aligned with the Beijing Declaration in 1995 which committed to “advance the goals of equality, development, and peace for all women everywhere in the interest of all humanity.”

“Our plan is ambitious but achievable and Myanmar is committed to creating an environment for women that will enable them to realize their full potential,” Suu Kyi said.

Suu Kyi was Myanmar’s most famous political prisoner, and now its de facto leader through a special position created for her to skirt the constitution. But analysts say that while her rise to power is remarkable, it’s still the military who runs the show.

It is this power struggle that experts say restricts Suu Kyi’s actions on the worsening Rohingya crisis, an issue that sparked criticism against her from all over the world.

In her speech, Suu Kyi said the world must shift its attention to developing human capital, and to do that, women must be empowered.

“Let us create an environment where women can unleash their economic power for our countries individually, for the integrated community that we call ASEAN, and for a better world,” Suu Kyi said.

Critics, however, called it hypocrisy to speak of women empowerment when women are being killed and raped in Suu Kyi’s own backyard.

American student Heraa Hashmi, who gained prominence after writing a list called “Muslims Condemning Things,” said the speech was the “definition of irony.”

“She speaks about women’s rights yet thousands of Rohingya women have been raped, tortured, and burned to death,” Hashmi tweeted.

Definition of irony. She speaks about women's rights yet thousands of Rohingya women have been raped, tortured, and burned to death. 600,000 have fled genocide since August and she stands by her country's ethnic cleansing of a minority.https://t.co/sT24GVuyQr

In a report by CNN, a Rohingya woman from western Myanmar said she was left to die on top of dead bodies, and then dragged to a house where she was raped by soldiers. – Rappler.com